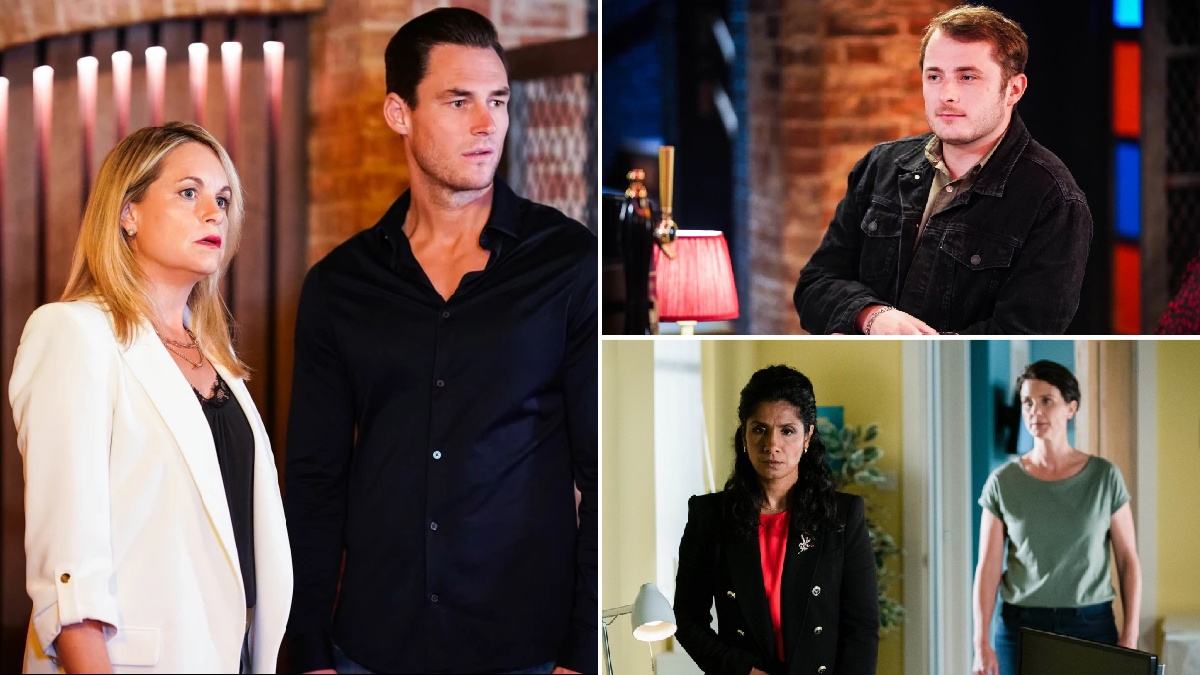 Ben Mitchell (Max Bowden) is at the centre of a huge week in EastEnders, after he asks Tez, who has been dealing in Peggy’s, for some drugs.

The young man is then tackled with fetching Tommy Moon (Sonny Kendall) from school, but Tommy find the drugs, and innocently taunts him about what it is. Ben, however, aggressively asks for them back.

Tommy later advises Ben to get rid of the drugs, but will he do so? That remains to be seen.

Zack Hudson (James Farrar), meanwhile, spots Rocky (Brian Conley) trying to sell his old car, and he asks him for 24 hours, hoping he can raise the cash to buy it back.

He tries several ways to get the cash and even calls up for loans, but his efforts prove fruitless. Ben, however, later riles him up, and in shocking scenes, he punches him to the floor!

Sam (Kim Medcalf) also has a number of problems on her hands during the week in question, after Phil (Steve McFadden) is given reason to doubt her, but that’s soon the least of her concerns, as Peggy’s is raided by the police!

It’s all kicking off in Albert Square next week, and here’s your first look at what’s in store!

EastEnders airs these scenes w/c Monday July 25 on BBC One.