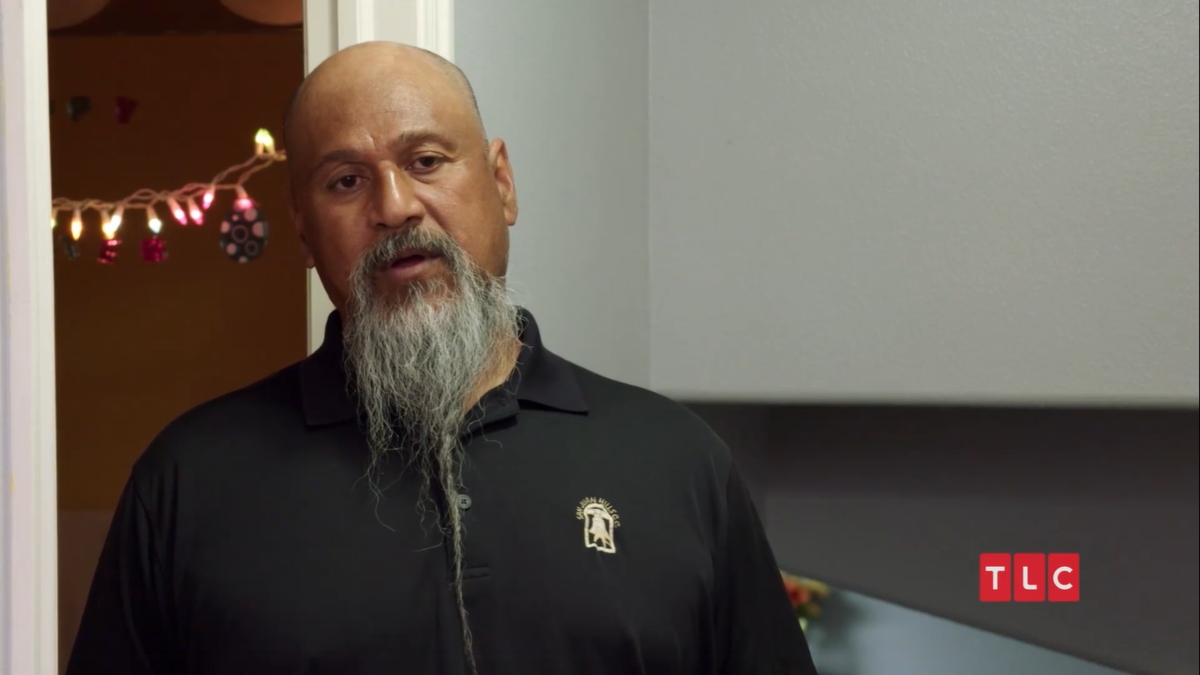 90 Day Fiance: Happily Ever After? viewers are about to get everything they ever wanted — a faceoff between Kalani’s dad Low Faagata and Asuelu’s family.

It’s going to be epic!

And to get us all excited, TLC dropped a sneak peek where Low confronts Asuelu about what went down during their recent trip to see Asuelu’s mom and sisters. He’s not happy and he’s ready to set a few people straight.

In the latest 90 Day Fiance sneak peek, Low walks in on Asuelu, who is busy painting a wall a pretty shade of turquoise. He looks a bit surprised to see his father-in-law show up but Asuelu knows that Low is not one to be messed with so he keeps it respectful.

Low is ready for answers though and he wants to know what went down during the Washington trip and why Kalani has been so upset.

“I heard from Lani some things about Washington that I do not like,” Low begins and Asuelu knows it’s about to get even more uncomfortable than normal. “She said that you just turned into something that she’s never seen before.”

Then, to the camera, Low explains, “Us people from the islands, when we get angry, we get angry. I had that anger when I was his age. I think Asuelu is afraid my temper is gonna come out.”

Yes, we’re all afraid (and sort of excited) about that prospect. After all, if there’s ever been a time that someone deserved to see Low lose his temper, it would have been when Asuelu’s mom said that she didn’t care about those kids and to give her the money.

“Kalani told me about how your family had to say a few things about the money sending that didn’t make sense to me,” Low continued.

Asuelu tried to defend himself and even told Low that he did stand up for Kalani. He claimed that he told his mom that if they had money, they would send it and if they didn’t, then they wouldn’t.

And while Asuely did sort of do that, he totally left out the part about how he threw Kalani under the bus and made it all out to be her decision.

The latest confrontation between Low and Asuelu was a bit tense but it’s nothing like we imagine the meeting between Kalani’s dad and Asuelu’s mom will be.

And it’s coming up too. During the stressful conversation, Low told Asuelu that he looks forward to meeting the family. However, there was a foreboding tone to all of it and we can only imagine that he’s going to be bringing up a few concerns and letting the family Asuely know that he won’t let them push his daughter around.

Let’s just hope that Low can get everyone on the same page before Kalani and Asuelu end up divorcing. She’s already made it clear that she’s been thinking about it.

The Meeting | 90 Day Fiance: Happily Ever After

What will go down when Asuelu and Kalani's families meet face-to-face? Don't miss #90DayFiance Sunday at 8/7c!