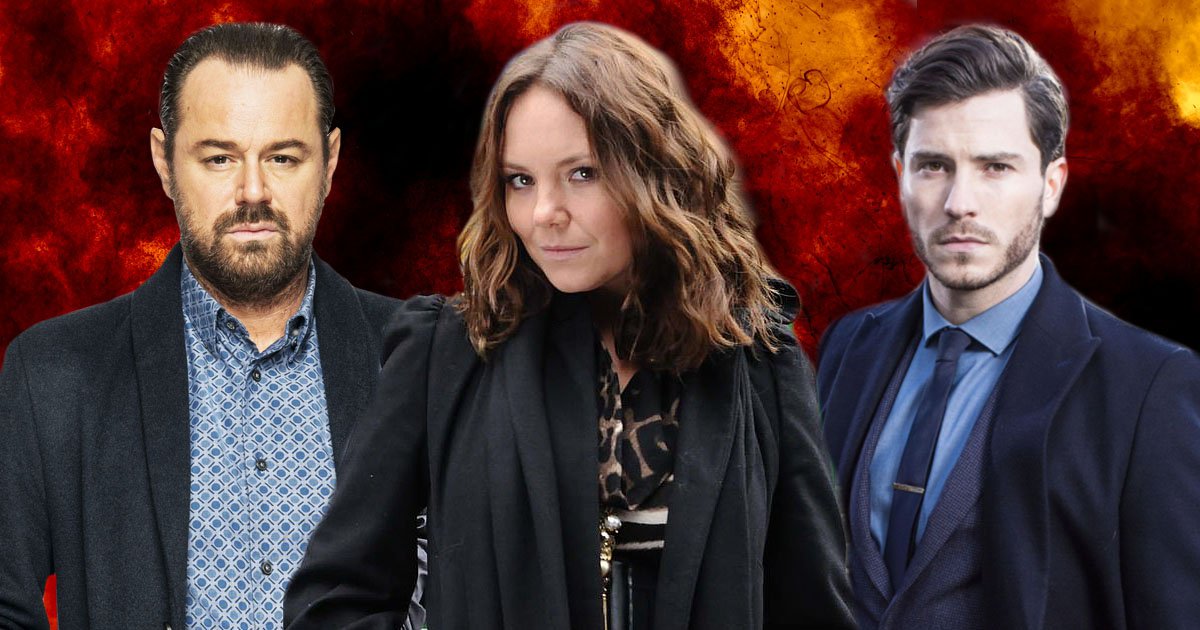 Lives are on the line in upcoming EastEnders scenes, as a deadly fire rips through Walford.

The blaze is a result of Scarlett Butcher’s (Tabitha Byron) jumper landing on the lit hob at 55 Victoria Road, the residence of Phil Mitchell (Steve McFadden), who is attacked with a baseball bat by Shirley Carter (Linda Henry)!

Yes, it’s quite an eventful week in Albert Square, so let’s go back to the beginning, shall we?

You see, a series of events lead to the iconic property going up in flames, and Janine Butcher (Charlie Brooks), who makes her memorable return several episodes earlier, has a role to play!

Scarlett’s re-appearance in the BBC One soap last week left Kat Slater (Jessie Wallace) speechless. Tommy, who thinks Scarlett is his cousin, had been chatting to her online, and he pleaded with Kat to help her.

Kat, knowing she can no longer lie to her son, comes clean in upcoming scenes, telling Tommy that Michael Moon is actually his biological dad, thus making him and Scarlett brother and sister!

Tommy is all the more certain that they need to help Scarlett now, and therefore Kat arrives at the courthouse, telling the social worker that she wants to be the girl’s guardian.

Janine, however, has something to say about that!

The legendary soap superbitch shows up and delivers a convincing testimony about how she’s turned her life around, but she soon finds herself back in Walford, berating all the residents in a classic showdown in The Vic!

Kat is adamant that Scarlett must be kept away from Janine, but matters are complicated further when she discovers that Scarlett has gone missing.

In spite of how it might look, Janine knows nothing about her daughter’s vanishing, and therefore she sets out to find her.

Scarlett, meanwhile, is hiding out at Phil’s with Tommy, but they’re soon distracted by the commotion downstairs, as a vengeful Shirley attacks Phil to avenge missing Tina (Luisa Bradshaw-White).

Tommy wants to call for help, but Janine has other ideas!

She gets into a scuffle with the kids, but no-one notices that Scarlett’s jumper has landed on the lit hob.

The flames begin to rise, but will anyone die?