Scarlette was on hand to show off the finest properties North Mallorca, Spain had to offer for Chris and Mette’s £220,000 budget. The husband and wife from Brighton were looking for the perfect place for themselves and their children while also toying with the possibility of renting the property out when not there. However, it was clear from the off Mette’s demands would make the search tricky, with the Channel 4 host branding it “impossible” and her “toughest ever” house hunt.

Mette was very particular with her demands after enlisting the help of A Place in the Sun’s Scarlette.

The Channel 4 guest had her heart set on a sea and mountain view in whatever property she and her other half Chris bought.

However, there was a long list of other faults Mette continually picked up on during the search – from properties being too remote or not remote enough.

And while Scarlette kept her cool throughout the episode, it’s fair to say Channel 4 viewers weren’t quite as easygoing. 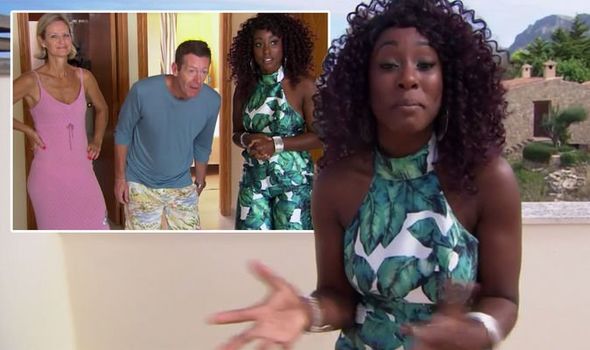 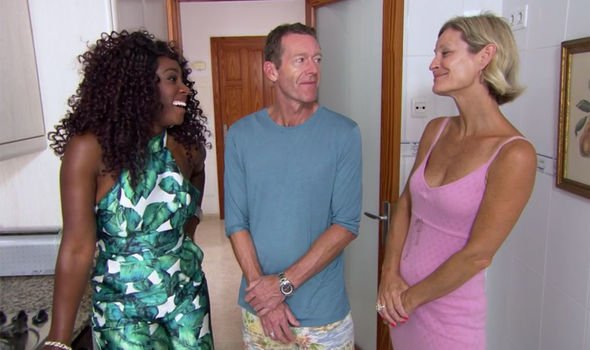 “How Scarlette doesn’t tell them to f**k the f**k off I’ll never know #APlaceInTheSun,” weighed in a second.

Another Channel 4 viewer added: “Poor Scarlett…shes so patient with these two!#aplaceinthesun.”

While a fourth sarcastically commented: “It’s quite simple we want to be remote but near everything. No tourists but on Mallorca. A sea view but also a mountain view. Come on Scarlette.” 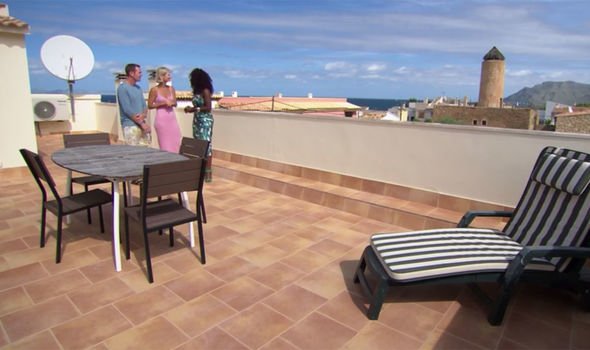 Problems began to arise with Mette and Chris’ demands as soon as the trio stepped foot outside property number one.

The three-bedroom apartment with private terrace was deemed “too small” by Mette as she revealed she liked hosting get-togethers and parties and would need more space.

The two were also less than keen on the view, despite the sea and mountains being in plain sight.

The two-bedroom apartment on the market for a little over their budget did seem to win them over.

However, the apartment’s location was too within the hustle and bustle of the town, with Mette citing: “I like it a bit rural, a bit out of town.”

The third property, a three-bedroom apartment with private roof terrace and space for cyclist Chris’ bikes, looked like a winner on paper.

But, once again, Mette was unhappy with the fact that to access the huge private roof terrace, you had to walk up stairs located outside the apartment.

With no contenders in the running, property number four was one of Scarlette’s final chances and she took “a risk” by showing Chris and Mette and apartment in an urbanisation.

After extending their budget, the £250,000 apartment had all the views the two required as well as access to a number of communal facilities such as gym and swimming pool.

However, the choppy waters of the sea out the front and the fact this property was too remote led to Mette ruling it out.

Eventually, the two put an offer on property number five – although offered almost £50,000 below asking price with £205,000.

A Place in the Sun continues weekdays at 3pm on Channel 4.