A Place in the Sun: Couple discuss changes to interior

Jonnie Irwin was tasked with finding A Place in the Sun guests Jen and Terry their dream holiday home in southern Tenerife. Desperate to escape the UK’s frosty winter months and welcome their children and grandchildren to a home abroad, Jen and Terry were keen to be in the hustle and bustle of the towns while having a pool and plenty of space at their prospective second base. However, as soon as the Channel 4 property expert entered property number one, he could see there may be some differences of opinion between the two.

The first option Jonnie had up his sleeve for Jen and Terry was a one-bed apartment in the town of El Medano.

Valued at £161,000 but with the prospect of negotiation, the property was deemed by the A Place in the Sun host as ideal for fitting into the pair’s £150,000 budget.

The property came with access to a communal pool, a private balcony and was located a stone’s throw from the nearby centre of town.

And Jen and Terry were clearly impressed with Jonnie’s first property on the list, and began to even picture themselves putting their own influence on the interior. 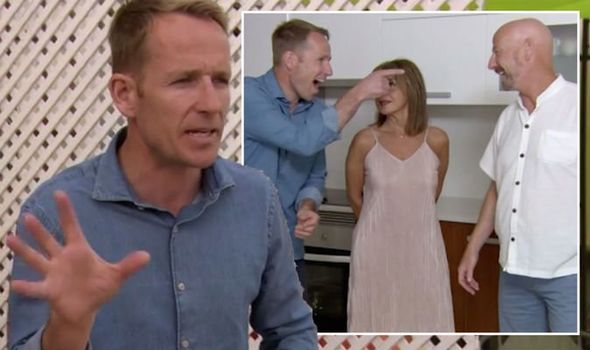 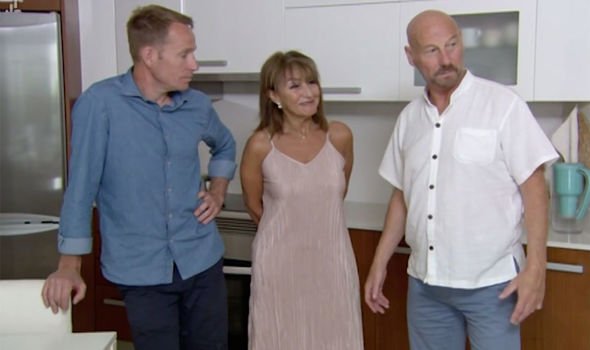 Speaking to the Channel 4 property expert once inside, Terry said to Jonnie: “I’d say with Jen’s influence/stamp,

“I could see this would be okay, yeah,” Terry added, prompting his other half to agree: “Yeah.”

“So what would Jen’s stamp be, do you think? Or do I need to ask you that, Jen?” Jonnie enquired.

Reeling off her own thoughts, Jen replied: “Well, I would just put different things in different places. 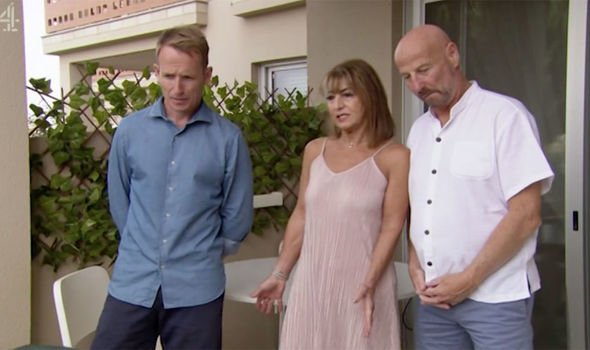 “But that’s just my choice,” Jen added, almost forgetting her partner had a say in the matter.

Jonnie tried to move on with the discussion but the comment appeared to irk Terry.

“I think this place -“ Jonnie began before Terry piped up to pull Jen up on her remarks.

DON’T MISS:
A Place In The Sun’s Laura Hamilton lost job weeks after buying house
A Place in the Sun: Jean forced to halt viewing over buyer’s demands
A Place in the Sun guest in tears as she’s scolded for ‘cheeky’ offer

Watching the brief spat unfold, A Place in the Sun’s Jonnie spotted the perfect opportunity to stir the pot.

Luckily for Jen and Terry, they put their differences aside and continued with the house hunt, admitting the first property was a contender.

Property two also won the duo over but it was a penthouse apartment Jonnie showed them as the third option which became the day’s frontrunner.

So much so, Jen admitted the pair had been “spoilt” after seeing the third option when they went on to view properties four and five.

The three-bed penthouse came without a pool but the spacious interior and close distance to the sea won Terry and Jen over.

Luckily, however, Jonnie told the pair the vendor would accept £158,900 for the penthouse, and Terry and Jen accepted to land their dream holiday home.

A Place in the Sun continues weekdays at 4pm on Channel 4.