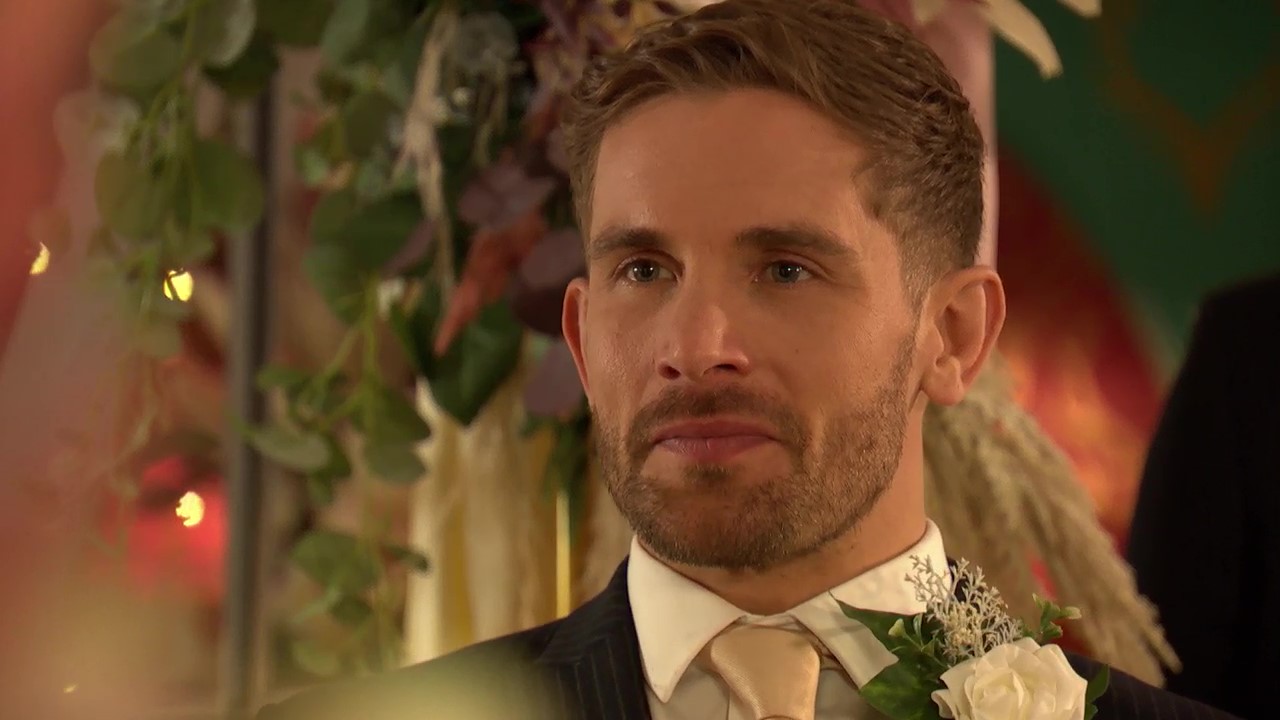 Brody Hudson (Adam Woodward) is left speechless in upcoming Hollyoaks scenes, when a shocking accusation is made against him.

The young man, who made his first appearance in the Channel 4 soap back in 2017, couldn’t have been more excited about the prospect of marrying Summer Ranger (Rhiannon Clements).

Little did he know, however, that Summer was out to destroy him for the role he played in her dad Cormac’s (James Gaddas) demise!

The day reckoning aired last week, as Summer set in motion her sinister plan to ruin her fiancé by revealing that she’d been sleeping with Sienna Blake (Anna Passey)!

The aftermath of the big day leaves Brody in complete and utter turmoil, as things go from bad to worse courtesy of Summer’s revenge.

And before long, a shocking new accusation is made against him, leaving Sienna in shock, as she doesn’t know what to believe.

Summer, meanwhile, continues to take her revenge to new extremes.

Damon Kinsella (Jacob Roberts) supports Brody amid the chaos, as the walls begin to close in, telling him that he’d be better of going on the run!

The question is: will he listen? Is he capable of leaving Faith behind?

That remains to be seen, but Sienna is more confused than ever since the new revelations about Brody came to light. Summer, however, tells her that she’s simply not seeing things clearly.

What has Brody been accused of?