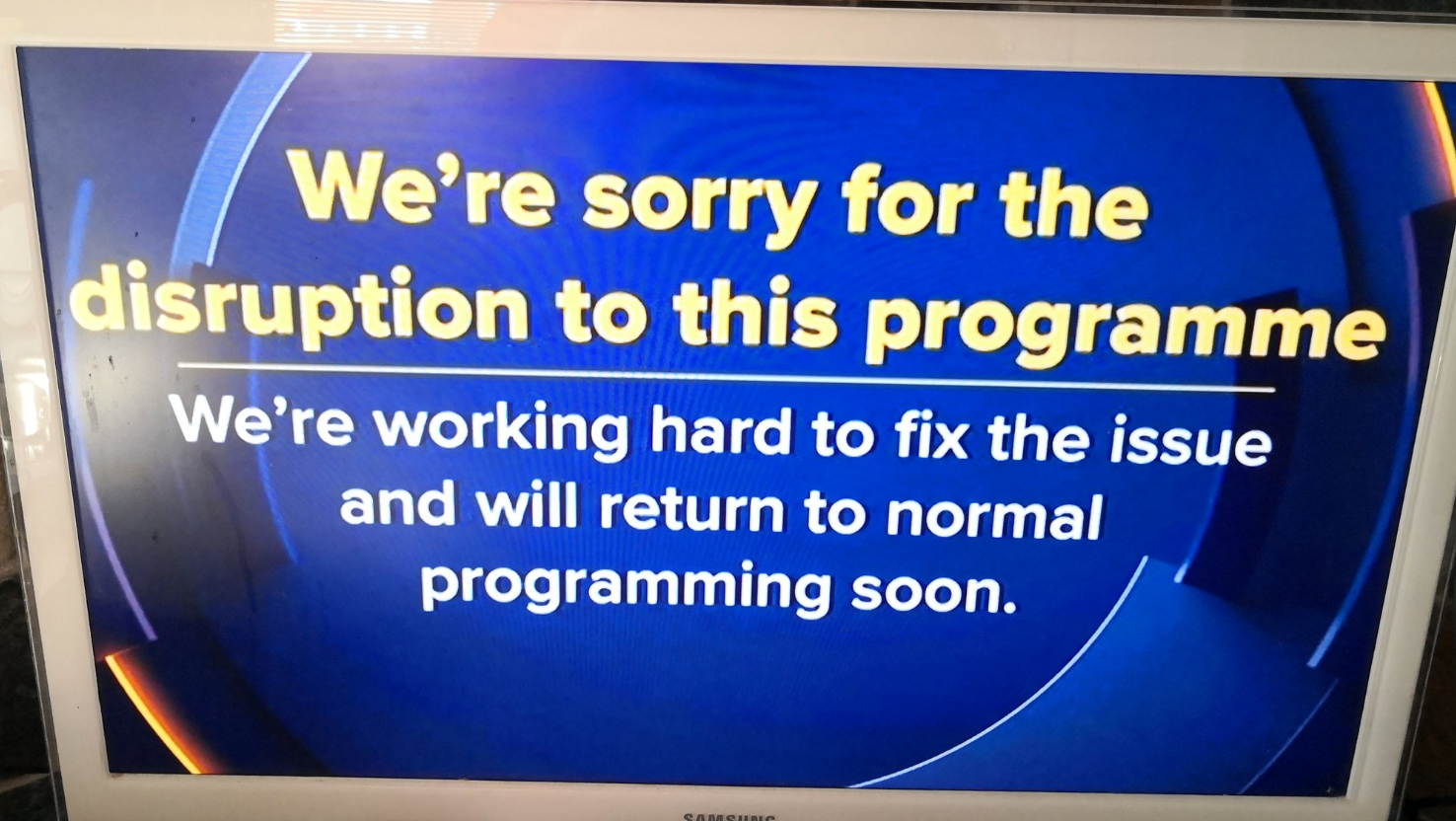 TalkTV only went and achieved one of its highest ever audiences… with a holding sign telling viewers it was off air.

The channel temporarily stopped broadcasting on Tuesday night after Kate McCann fainted during the Tory leadership debate with Rishi Sunak and Liz Truss.

During this time, the network flashed a holding card that read: ‘We’re sorry for the disruption to this programme. We’re working hard to fix the issue and will return to normal programming soon.’

Before the disruption, McCann had been moderating the debate on her own after her scheduled co-host, Sun political editor Harry Cole, tested positive for Covid.

Halfway through the programme a loud crash was heard in the studio and Ms Truss looked visibly worried and could be heard saying ‘oh my God’ as she looked towards the ground and then walked away from her podium.

News UK later confirmed that there had been a ‘medical incident’.

According to the i, some 141,000 people viewed the message, ratings that overwhelmingly outperformed Piers Morgan’s show, which only attracted 14,000 during the last segment.

The publication also reports that the debate peaked with 183,000 viewers tuning in following its 6pm start.

TalkTV has been struggling with dwindling ratings since its launch in April.

Earlier that month, Tom Newton Dunn received just 3,600 tuning in, with The Guardian claiming the programme failed to register a single viewer for half of its broadcast on Tuesday, May 3.

Piers has repeatedly declared that TV audiences don’t matter to him, due to his programme being a ‘global show.’

After his first week on the programme, a tweet from NewsUK read: ‘Content from the first week of @PiersUncensored has delivered in excess of 64million online views around the globe to date.’

Piers responded: ‘INSANE numbers.. just shows that content really is king, and can be consumed in so many different ways now.