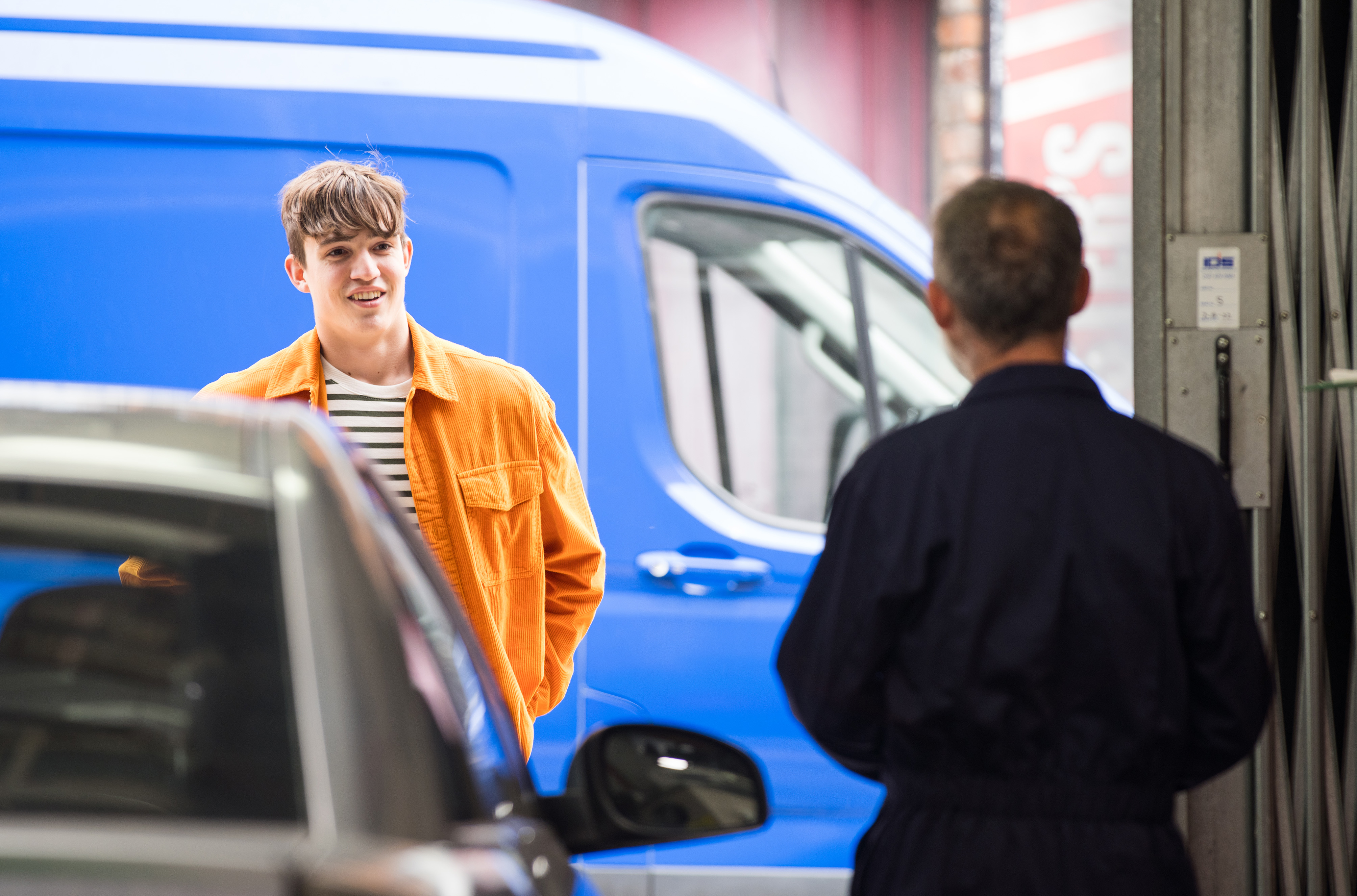 Aaron made his arrival a few months ago, connecting with Summer during an eating disorder therapy session.

In recent episodes, Aaron got himself a new apprenticeship job at Kevin’s (Michael Le Vell) garage and was pleased with himself today while working on Stephen’s (Todd Boyce) car.

Aaron made a slight mistake, however, as Stephen arrived to pick the car up before Kev could take it for a test drive (important to check the car is actually fixed, of course).

Aaron’s work on the car hadn’t quite been a success, as Stephen’s car broke again while on Victoria Street.

In the pub, Aaron was pretty disappointed in himself, but when Summer tried to make him laugh and innocently grabbed the side of his stomach, Aaron winced.

The teen revealed a huge bruise on his ribs and told Summer he had been jumped on by a group of lads.

In the flat, Aaron was alone and on the phone.

Aaron was apologetic in his tone, he was certain whatever had happened was his fault, and he tearfully told the caller he was on his way back.

As soon as Summer appeared, Aaron put on façade again, smiling and acting like there wasn’t an issue.

But it’s very clear there is.

So, what’s going on?

Is Aaron lying to Summer?