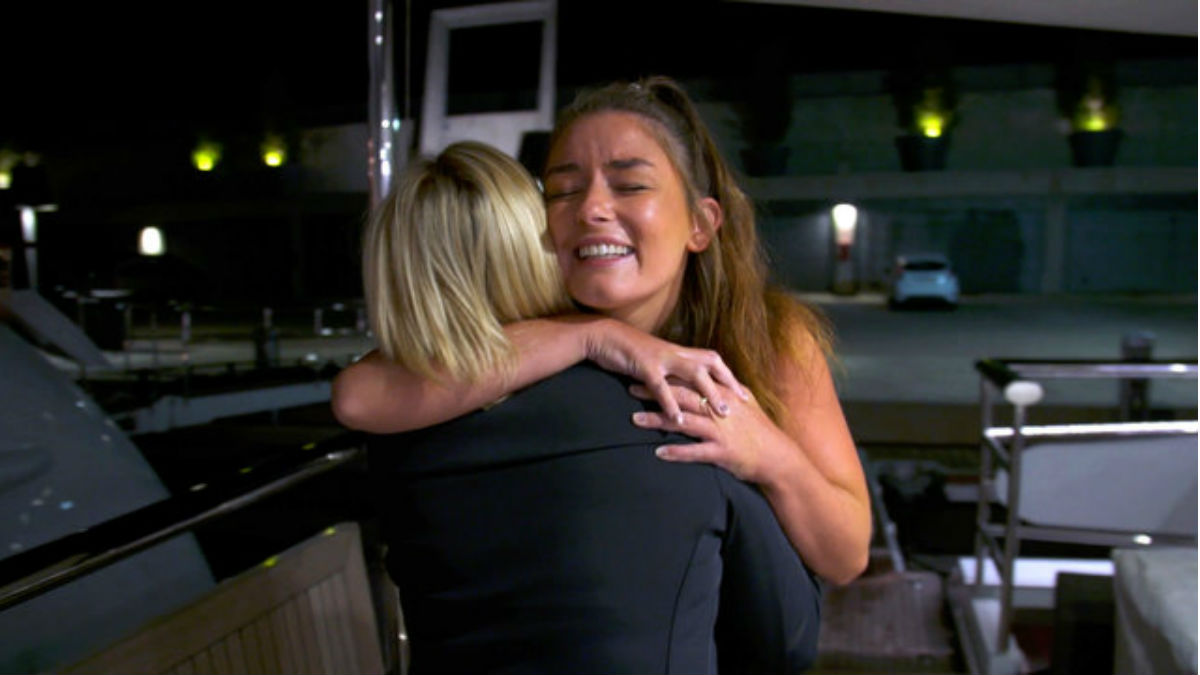 Aesha Scott is opening up about her Below Deck Mediterranean return. The new second stew calls herself the luckiest girl alive.

After a brief glimpse of Aesha at the end of last week’s episode, viewers finally had a full show filled with the New Zealand beauty. She came on board with a smile on her face, a positive attitude, and a rather loud voice,

Fans remember Aesha from Season 4, where she bonded with now-fired chief stew Hannah Ferrier and was in a boatmance with deckhand Jack Stirrup.

The second time around was quite different for Aesha. She was thrilled to have the opportunity, especially to work with Captain Sandy Yawn.

Nothing but excitement and positivity for the new second stew

In an Instagram post announcing her return to Below Deck Med, Aesha admitted she felt lucky to be on the show for a second time. Her message also revealed that Aesha is feeling the love from past cast members and fans.

The reaction of Aesha joining Season 5 has been extremely positive. Hannah, Bugsy Drake, Julia d’Albert Pusey, Anastasia Surmava, and others shared their love and support for Aesha as her first episode aired.

Aesha is feeling the love too. She spoke to Decider on how all the positivity has made her feel.

“I just got so many comments and messages of people being like, ‘Oh, yay! So happy you’re coming back!’ It’s just really nice,” she said.”

“I think that a lot of people that do reality TV experience a lot of negative stuff. For me, it’s shown me how much love people have. People don’t have to take the time out of their day to write such lovely things. So when they do, it really means a lot to me,” Aesha told Decider. 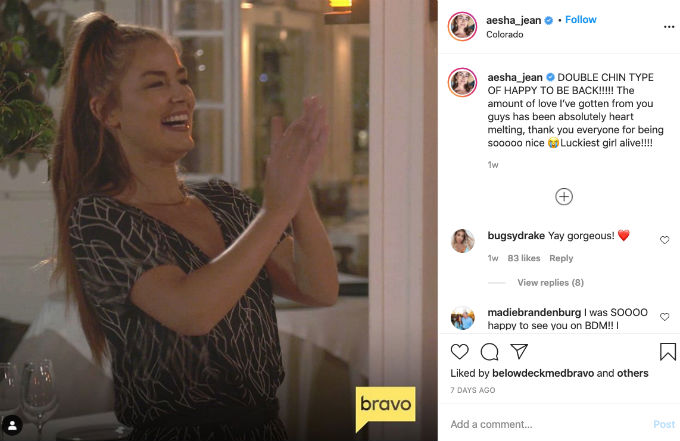 The second time around is different, but not because Aesha made changes. Her thought process is that things will be different because there is a whole new crop of cast members.

Aesha’s Season 4 crew members hold a special place in her heart. The Bravo personality claims there was something very special about her first season on the show.

However, that doesn’t mean Aesha didn’t enjoy her second appearance just as much. She didn’t have any preconceived notions and chose to roll with the punches.

The second stew shared The Wellington crew took her arrival like champs. Aesha claims everyone welcomed her with open arms, despite the craziness with the crew turnover.

Johnny and Michelle Damon were the first charter guests for Aesha. Their familiar faces helped her adjust to working with a new crew that she met hours before the charter began. The couple gave Aesha a sense of comfort.

Aesha Scott is watching Season 5 of Below Deck Med play out right now, along with fans. She calls the events of the season crazy and teases there is more to come.

Below Deck Mediterranean airs Mondays at 9/8c on Bravo.