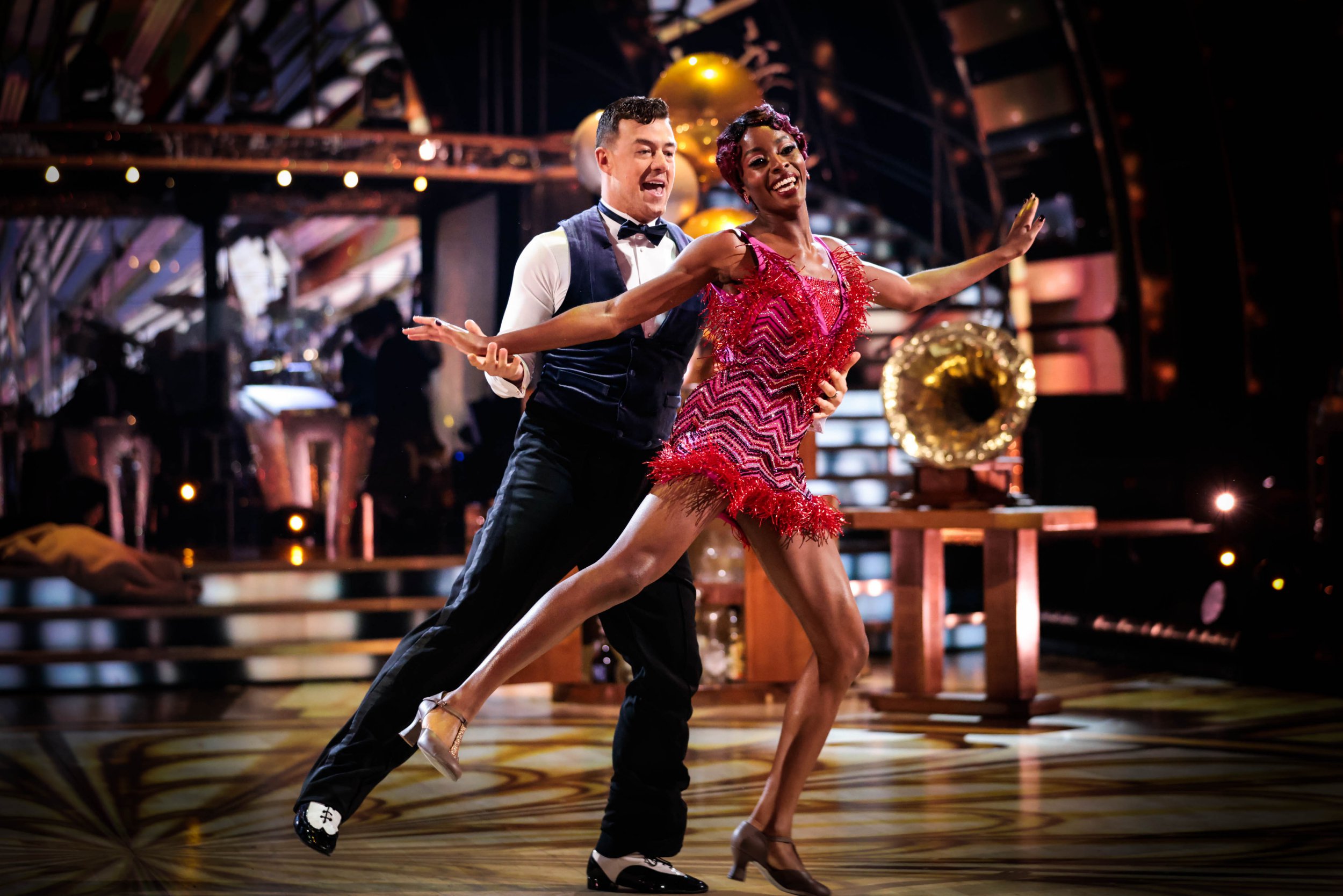 Strictly Come Dancing star AJ Odudu confirmed she has withdrawn from the upcoming nationwide tour, instead being replaced by EastEnders star Maisie Smith.

AJ broke hearts all across the nation when she was forced to make an early exit from the show in December, after sustaining a foot injury just before the show’s finale.

However, fans were hopeful she would have made a full recovery by the time the tour came around, where she was due to dance once more with partner Kai Widdrington.

But after taking medical advice, she has given up her slot on the string of shows.

AJ expressed her frustration at not being able to take part, but promised to be there on the sidelines to cheer her fellow stars on.

She said: ‘I’m devastated not to be able to take part in the Strictly tour due to injury. I had hoped for one last dance with Kai, but I must obviously follow the medical advice.

‘I wish my Strictly family the very best of luck on the road and I’ll definitely be there to cheer them on.’

Fans were hoping to finally get a glimpse of AJ’s showdance, which. shewas unable to perform due to her absence from the final.

However, we’re sure she’ll get another opportunity to dazzle fans with what’s sure to be a gorgeous routine.

EastEnders star Maisie – who was a finalist in 2020 – will replace AJ and dance with Kai on the tour this year.

Maisie said: ‘I’m thrilled to be asked to restart my Strictly journey on this year’s arena tour.

‘Kai and I will be dancing the Quickstep and the Samba – I can’t wait for rehearsals to start next week. It will be a joy to dance with everyone and so great to see my EastEnders friend Rose again. I wish AJ a speedy recovery.’

Max George will also be back to dance again from the class of 2020, this time alongside Katya Jones.

The nationwide tour will also see the return of judge Bruno Tonioli, who has been absent for the past two years due to Covid travel restrictions.