The Aladdin remake continues its reign at the UK and Ireland box office. Disney’s live-action remake of the classic tale was released on May 22 in the UK. Since then, the movie has bested its competition at the box office for the fourth weekend in a row.

How much has Aladdin made at the box office?

Aladdin has been the number one movie at the UK and Irish box office for four weeks in a row.

The film has now made over £29.3m within the UK and Ireland.

The live-action Aladdin dropped only 34 percent from the previous weekend.

ALADDIN UK RELEASE: WILL SMITH SAYS THIS MAJOR CHANGE WAS SO IMPORTANT 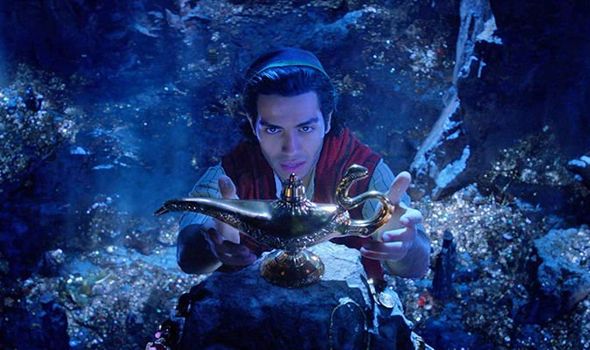 Notably, Aladdin was also the number one film in 20 overseas markets, including the UK and Ireland.

In Europe, Aladdin has already surpassed the lifetime box office takings of Oz: The Great And Powerful, Cinderella and Dumbo.

In Latin America, Aladdin has overtaken the aforementioned Oz, Cinderella, and Dumbo, but also bested Jungle Book, too.

ALADDIN RELEASE DATE: WHEN DOES ALADDIN COME OUT IN THE UK AND USA? 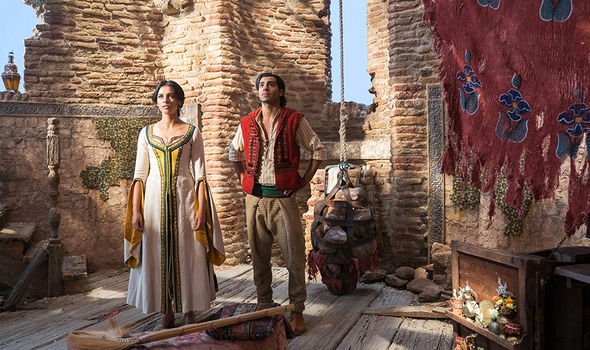 Despite its performance at the box office, Aladdin has not fared so well with critics.

The remake only holds 57 percent on Rotten Tomatoes, three percent away from a fresh rating.

Its critics’ consensus reads: “Aladdin retells its classic source material’s story with sufficient spectacle and skill, even if it never approaches the dazzling splendour of the animated original.” 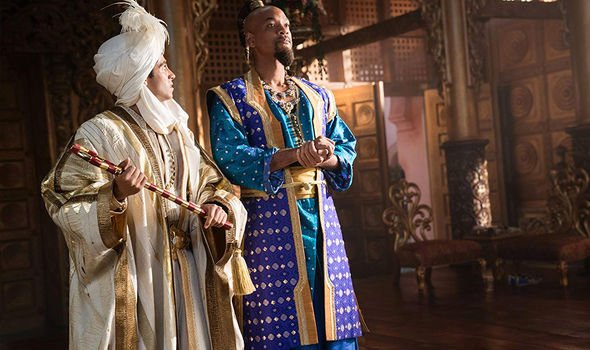 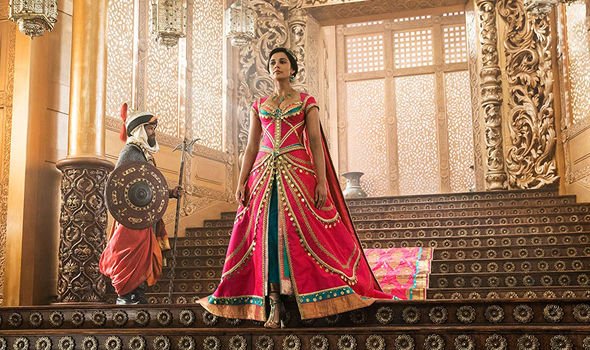 The newspaper argued: “It still holds up as a tale whose central couple’s deceptions and entrapments and self-discoveries have a pleasing symmetry to them, and whose ‘it’s what’s inside that counts’ morals are in the right place.

“That’s really all anyone wanted out of a new Aladdin: not a whole new world, just a slightly updated old one.”

Empire gave three stars, arguing that Will Smith’s Genie is a real weak link when in blue, CGI form.

They said: “Another lavish and largely entertaining Disney re-do, with strong turns from [Mena] Massoud and [Naomi] Scott.

“But, appropriately for someone playing a huge, powerful entity trapped in a tiny ornament, Smith’s genie performance feels disappointingly constrained — both by overdependence on the original and some ghastly CGI.”

Aladdin is now playing in cinemas.