THE One Show descended into chaos after Alex Jones made a return to the show following her maternity leave with an embarrasing sofa blunder.

The TV host sparked laughter among the crew as she broke the iconic green seats apart while introducing guest Bruno Tonioli to the programme. 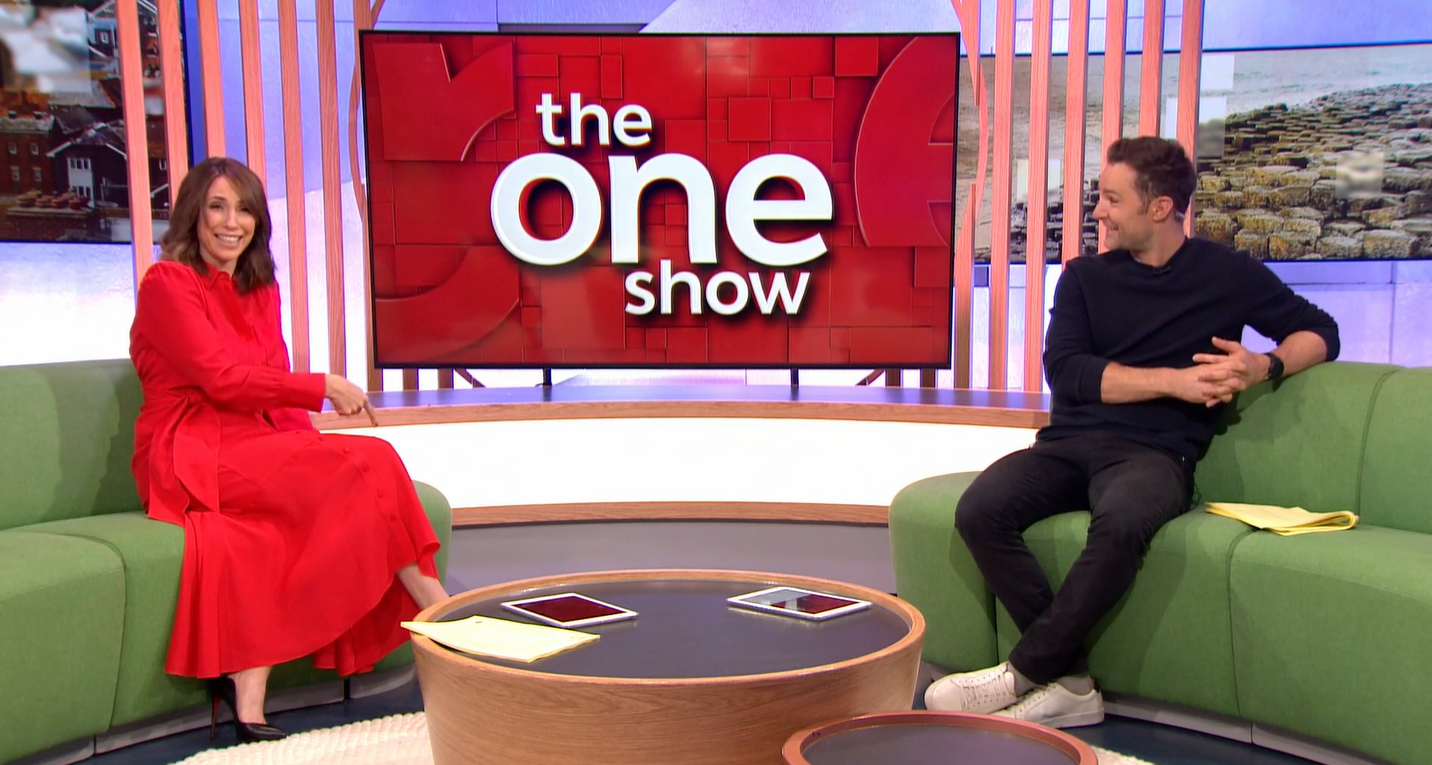 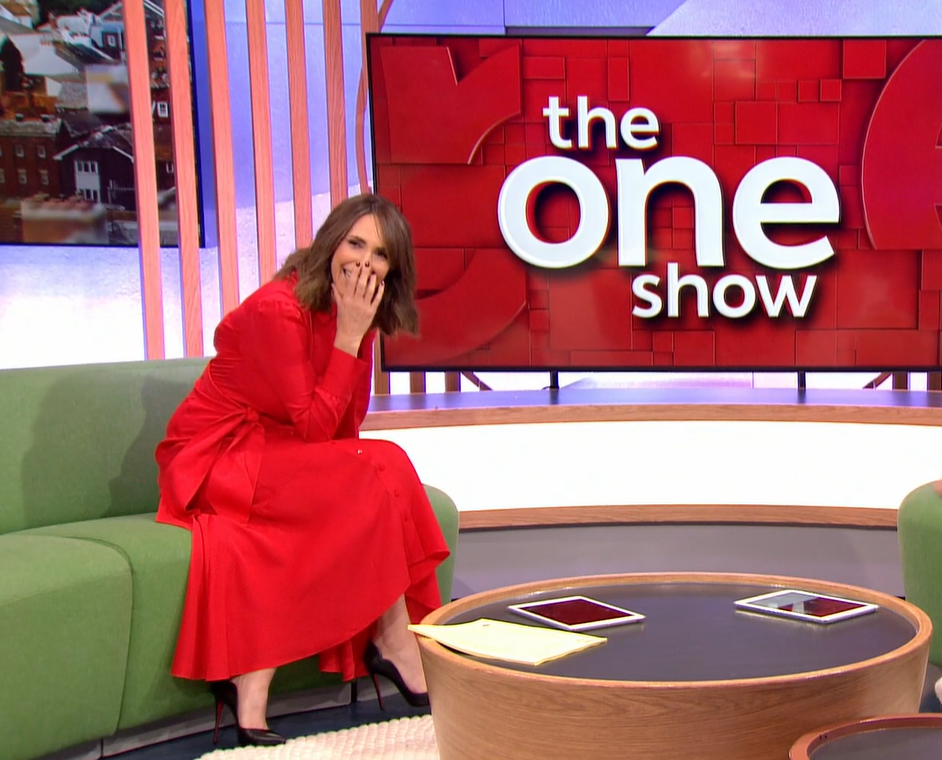 Alex, 44, returned to The One Show on Thursday night after three months off following the birth of her third child earlier this year.

She was reunited with co-host and Strictly Come Dancing winner Harry Judd for the episode, which welcomed ballroom judge Bruno, 65.

But just moments into her telly return, the star had Harry, 35, and the BBC crew in stitches as she nearly fell through the sofa live on air.

"Now, let's welcome a dancer and presenter who is known for his passion and panache," Harry introduced the Strictly-themed segment.

To which Alex replied: "I love the word panache," as she went to lean to one side and adjust her seating position.

As she placed her hand on the end of the seat, she broke it apart entirely and fumbled to quickly put it back together again.

"Oops, the sofa has come apart, ah I'm back for two seconds," she joked, as Harry jibed back: "It's her first show back – apologies!"

The camera and sound crew could be heard laughing in the background as mum-of-three Alex went red and covered her face.

She and Harry struggled to keep their giggles under wraps as they continued to introduce Bruno to the show as she kept her hands firmly on the sofa.

Alex's return to the show was confirmed by BBC bosses earlier this week – much to the delight of her fans.

Viewers have recently bombarded the programme with complaints about the current line-up since her absence began three months ago.

Alex gave birth to daughter Annie in August and is also mum to sons, Ted, four, and Kit, two.

Presenters Ronan Keating and Jermaine Jenas announced on Wednesday's show when the new mum would be taking her seat back on the sofa.

Jermaine, 38, told viewers: "She [Alex] will be back tomorrow and she will be launching what The One Show are doing for this year's Children In Need appeal."

"Yes, big sis is back," added 44-year-old Ronan. "They wouldn't give that responsible job to you or I."

This won't be Alex's first time back on the show since giving birth as she made an appearance after just a week.

Alex appeared via video link from her home and debuted her newborn live on the BBC show at the end of August.

She also revealed Annie's name on the show a week later.

Plus there was a one-day stop in the studio for Alex as she introduced viewers to the RHS Garden of Hope at the Chelsea Flower Show.

The One Show viewers recently complained about the current presenter line-up, with the absence of both Matt Baker and Alex.

One wrote on Twitter: “Come back, Matt, all is forgiven! These two muppets can’t present for toffee!”

Someone else argued: “Bring back Alex Jones and Matt Baker. I’m fed up with the current amateurish presentation on The One Show.”

The One Show airs on weekdays at 7pm on BBC One. 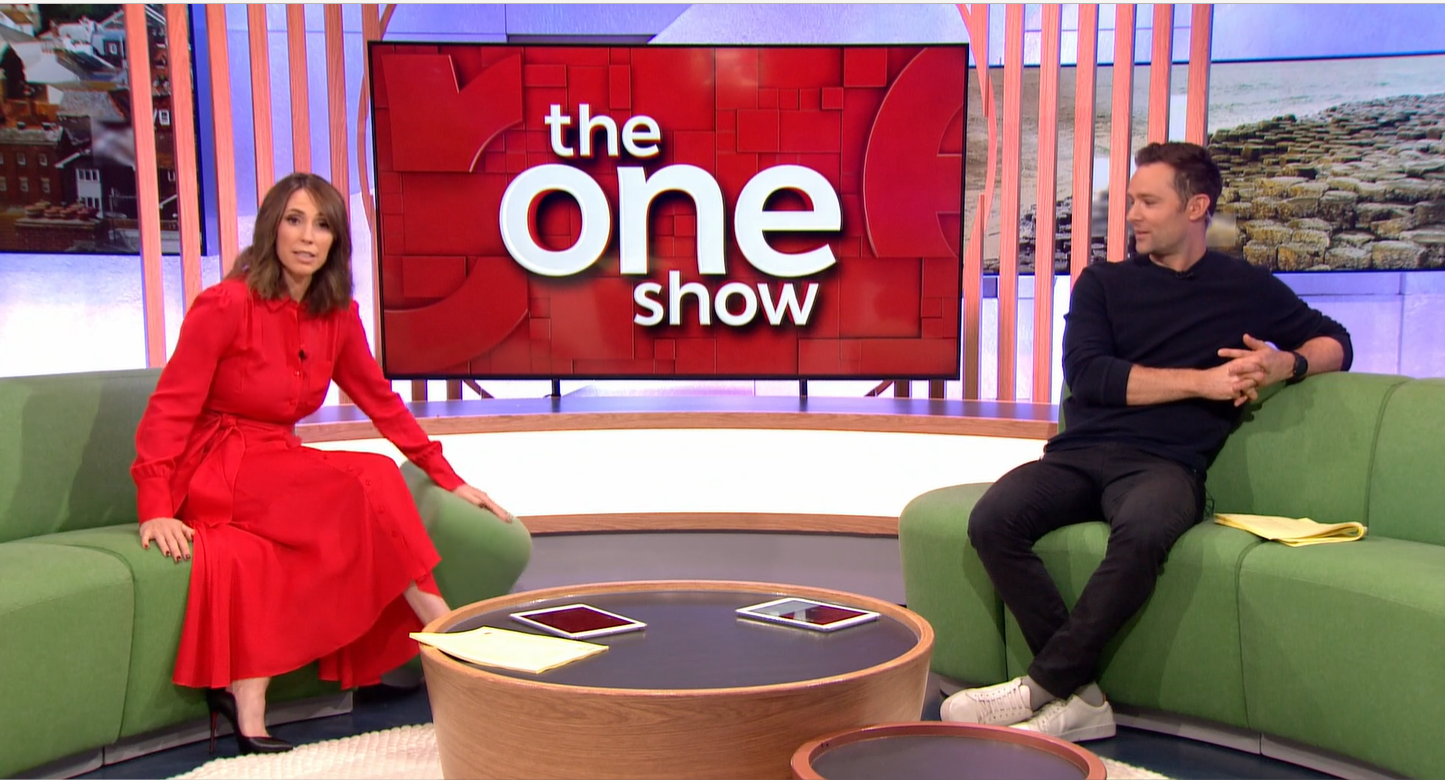