Heart Radio presenters Amanda, 49, and Jenni, 44, rocked the floral number in London on Friday causing a double take from onlookers . 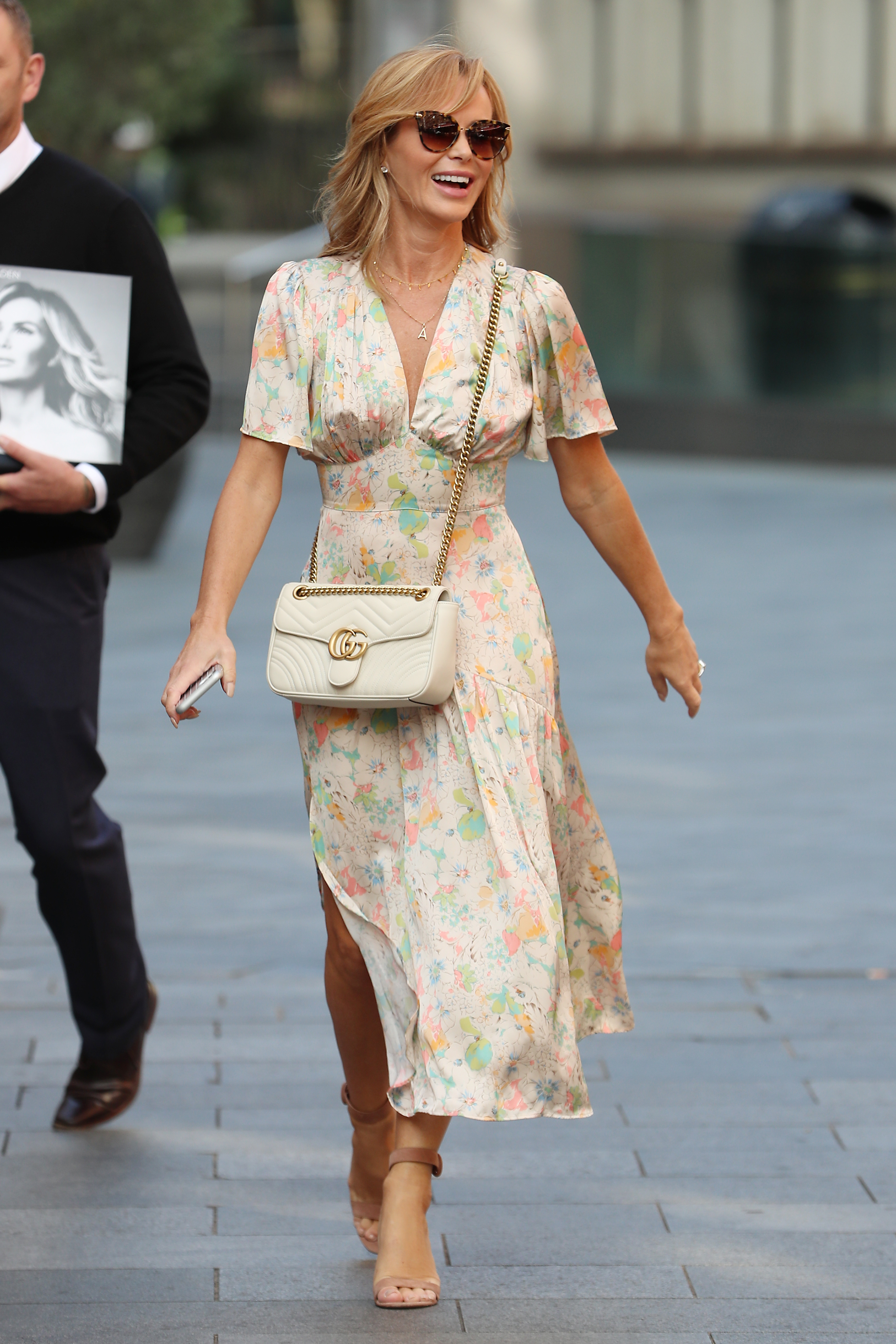 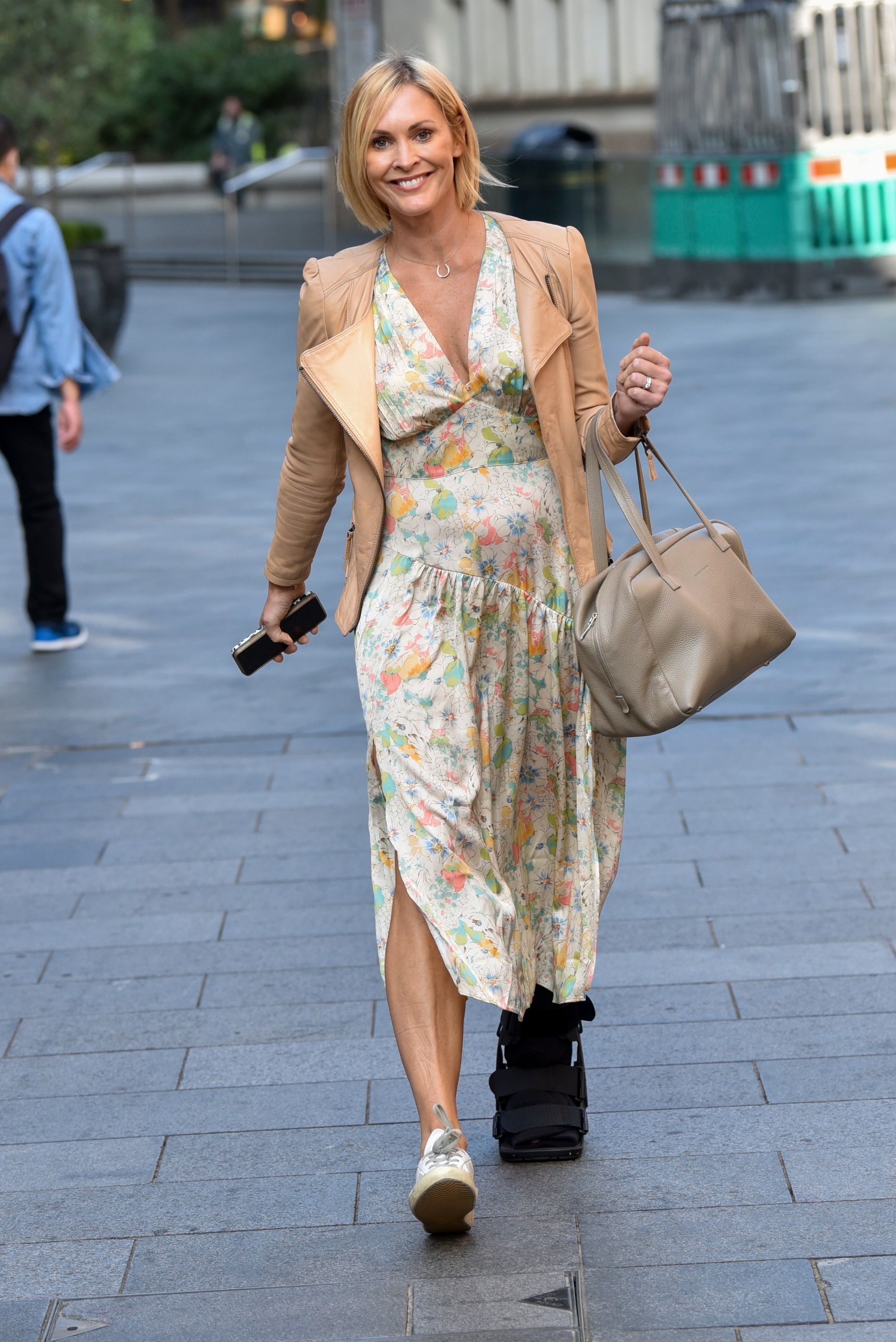 Britain's Got Talen judge Amanda teamed her look with strappy beige heels and a Christain Dior bag, whilst Jenni donned one trainer and a fracture walker boot on her other foot.

The star revealed to MailOnline she'd injured her foot and it had forced her to abandon plans to take part in the virtual London Marathon.

She said: "A few weeks ago I sustained a stress fracture on my 3rd metatarsal. Frustratingly it’s very hard to spot on an X-ray and so it took quite a while to diagnose.

"Anyway, it happened six weeks ago and thankfully it is repairing well so I have to wear a support boot whilst I’m walking around to limit further damage until it fully mends.

Roll out the F words! It’s Friday! 🎉 I don’t know why I get excited, I still work on a Saturday. Still generally everyone’s in a great mood on a Friday! Are you working the weekend? Or are you free and making fun plans? 💖😘😘🙌🏻 . . #falconerfashion #inworkloomirrorselfie #fridaystyle #fracturedfootfashion

Roll out the F words! It’s Friday! 🎉 I don’t know why I get excited, I still work on a Saturday. Still generally everyone’s in a great mood on a Friday! Are you working the weekend? Or are you free and making fun plans? 💖😘😘🙌🏻 . . #falconerfashion #inworkloomirrorselfie #fridaystyle #fracturedfootfashion

Jenni welcomed Amanda to the Heart radio family last year and said she was brimming with ideas to spice up the station.

Speaking to The Express, Jennie: “I’ve known Amanda for years, my husband worked with her in a show called Cutting It.

“They acted together and did drama together so I’ve known her for a long time. She’s lovely and great fun …

“Sometimes it’s quite difficult when you do a radio job to come up with fresh ideas and fresh content so if someone new is there they’ve always got tons of ideas.” 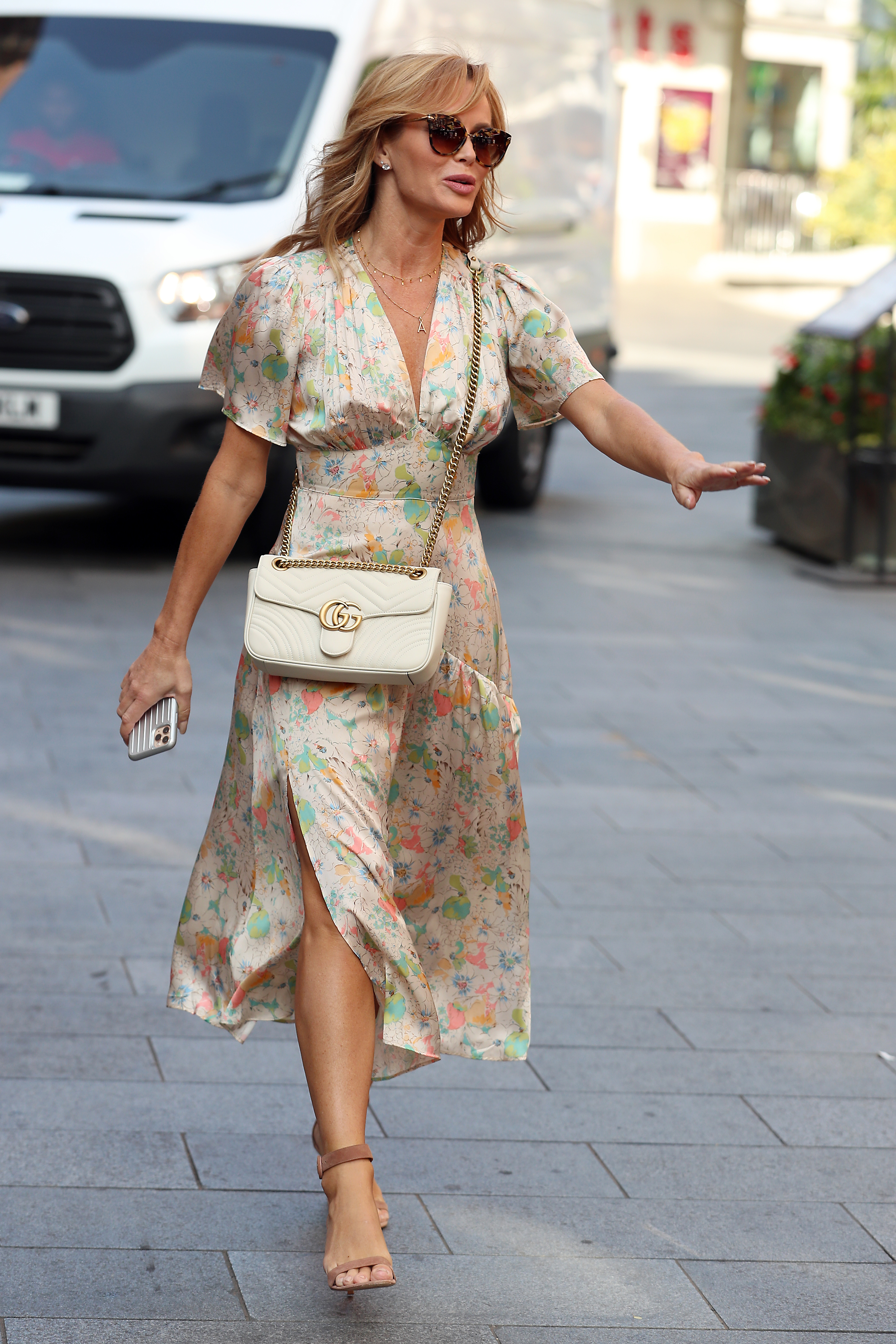 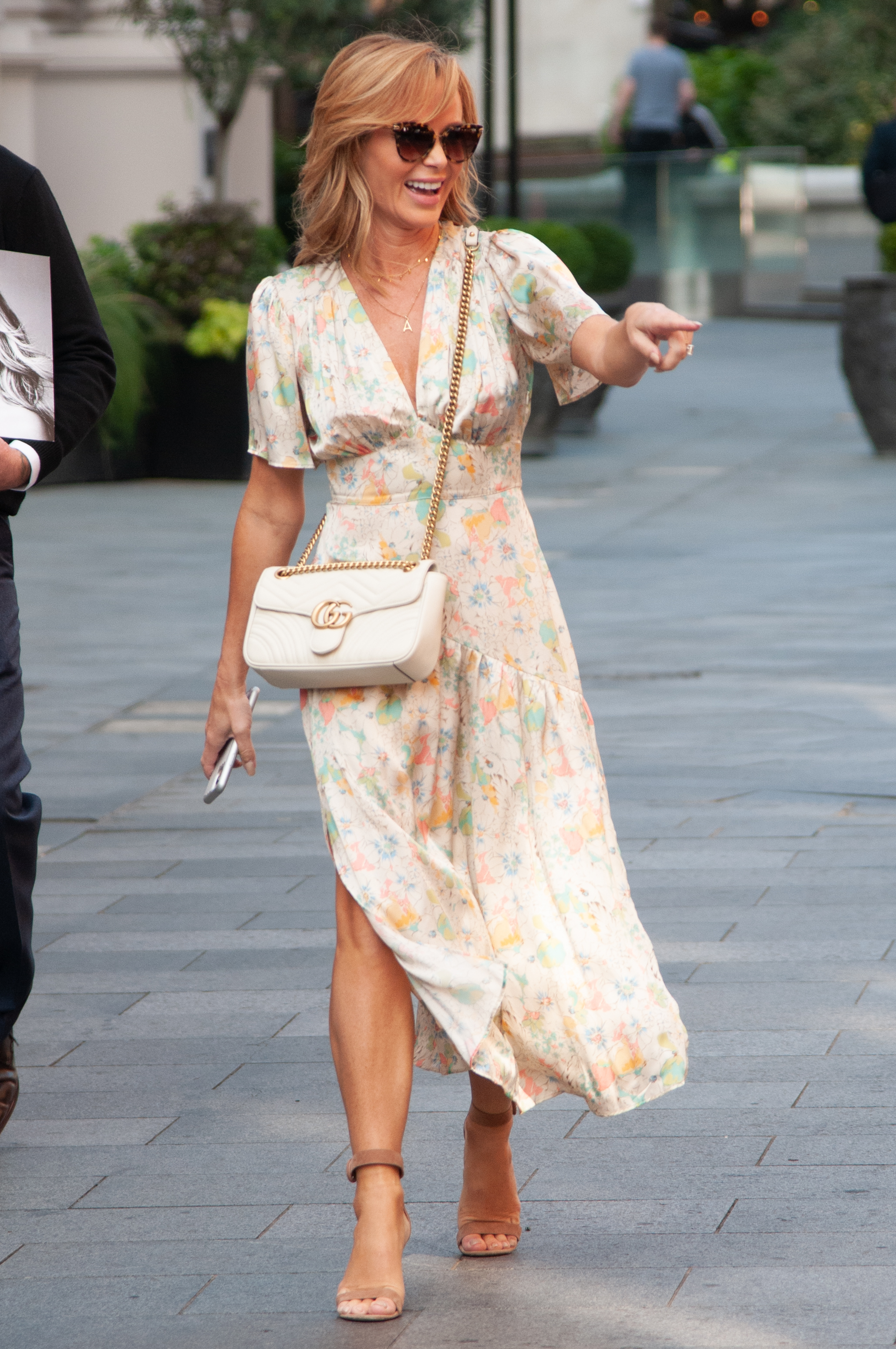 Dismissing the controversy, she exclaimed: “She looks amazing, her body is to die for.

“I thought she looked great. I know there were some sheer areas on her dress but she looks fantastic. She clearly works hard to look like that.”