Amy Robach and T.J. Holmes were both taken off the air on GMA3 after news of their romance first broke out a couple weeks ago.

MORE: GMA3 introduces yet another new face to show – all we know about DeMarco Morgan

The Good Morning America stars’ fates on the show have been left uncertain, and according to a new update, it looks to be that way for quite a while.

DailyMail obtained a new memo from ABC President Kim Godwin in her morning email addressing the “distracting” news of their relationship.

“As we start this new week together, I want to take a moment to address the on-going matter involving GMA3 anchors T.J. Holmes and Amy Robach.

“I understand that the continuing coverage can be distracting from the incredibly important work our team does here at ABC News.”

The executive revealed that they would continue to remain off the air till matters were further discussed and they were able to come to a final decision on how to proceed. 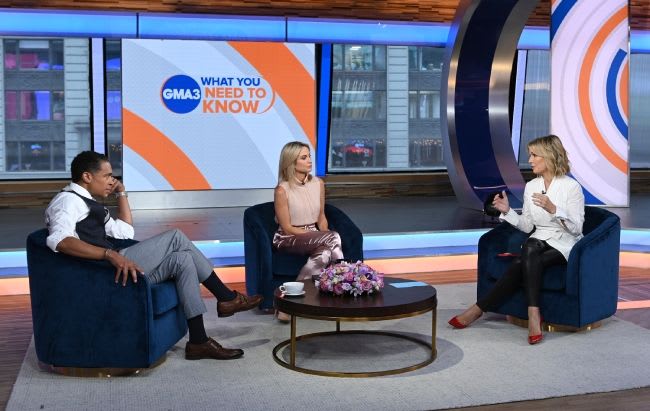 Amy and T.J. will continue to remain off the air

“Amy and T.J. will remain off-air pending the completion of an internal review, and there will be a rotation of anchors at GMA3 for the time being.

Amy and T.J. have both come off social media since the affair came to light and it has not yet been announced what their fates on the show will be on the air either.

The pair’s absence was briefly addressed on the previous Monday’s episode of GMA3, where sub hosts Stephanie Ramos and Gio Benitez joined Dr. Jennifer Ashton in Amy and T.J’s places.

“Welcome everybody to what you need to know on this Monday,” Stephanie said at the start of the show. “Amy Robach and T.J. Holmes have the day off,” Gio added.