This evening, on Saturday, July 23, 2022, at 9pm, Terminator: Dark Fate hits ITV screens. The movie is the sixth in the franchise and is a direct sequel to the original two films, The Terminator and Terminator 2: Judgement Day.

While Dark Fate had a staggering budget of almost $200 million, the original Terminator was granted just over $6 million. This lack of cash forced some decisions to be made.

Arnold Schwarzenegger starred as The Terminator in both movies, but decades apart.

He spoke candidly about working on the original Terminator movie back in 2019 while he was promoting Dark Fate.

The former American Governor recalled director James Cameron asking him to do some things outside of the law to make the film the best it could be.

He recalled on a TV chat show: “It was a small budget movie – it was kind of an independent movie – with $6.5 million and we had to do certain shots in Hollywood without permits.” 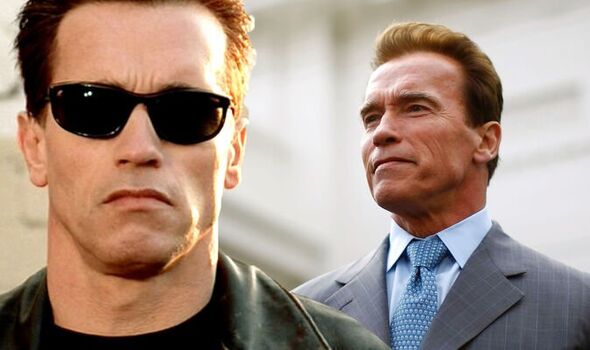 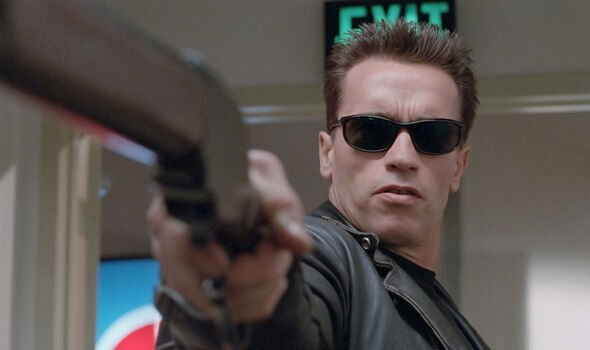 Schwarzenegger said: “I remember one time I got out the car and they said: ‘Go across the street here on Sunset [Boulevard], and punch the window of car. We need the shot.”

Linda Hamilton, who played Sarah Connor in the original movie, chimed in to confirm that it was not originally part of the script.

“We didn’t even own the car!” she revealed.

Schwarzenegger went on: “So I walked across the street and looked Terminator-esque and then looked around and – boom – punched through the window and reached inside.”

Things got worse from there, however.

Mortal Kombat 11: Trailer for The Terminator on PS4 and Xbox 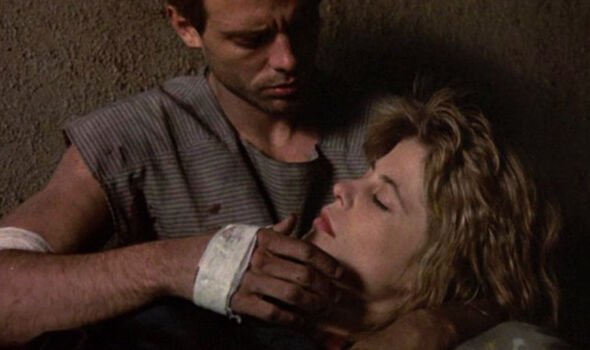 Hamilton chimed in to reveal: “And then the cops came!”

They didn’t reveal whether anyone was arrested or charged for anything, so it seems like the filmmakers got away with it.

Schwarzenegger simply shrugged it off. He added: “That’s the way we shot the first movie.”

Cameron has corroborated these claims, saying that he did a lot of “guerilla-style filmmaking” to make the film.

This style involved Cameron and the crew arriving at a location, filming a few scenes, and then leaving before the police arrived.

Schwarzenegger also put in a lot of work to embody The Terminator in the best way possible.

He trained with real guns daily to learn the motions of stripping and reloading weapons in a structured, robotic manner.

Before he was brought on as the killing machine, however, he wanted to play Kyle Reese.

Reese was eventually played by Michael Biehn, but long before that Schwarzenegger met Cameron to discuss playing the time-travelling freedom fighter.

“It was a total coincidence,” Schwarzenegger said. “Because I didn’t even try out for Terminator. I was trying to be Kyle Reese, and during the lunch when I met with James Cameron, the director, I kept talking all the time about the Terminator.”

Schwarzenegger continued: “I said: ‘Remember, it doesn’t matter — I know you guys have already probably hired OJ Simpson … But whoever is playing it, I just want you to be clear, he has to train himself to disassemble weapons and to put weapons together, and to shoot and to load the weapons all of this stuff blindfolded. Totally blindfolded because a Terminator can never ever look down at his hand, what he is doing. Because he’s a machine.”