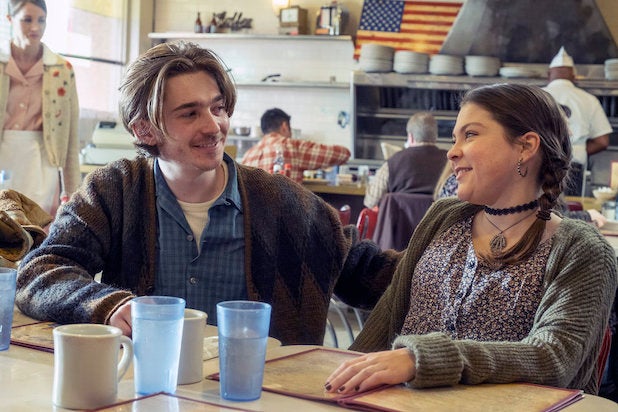 “Dash & Lily” star Austin Abrams will reprise his role as teen Kate’s boyfriend, Marc, for an upcoming episode of Season 5 of “This Is Us,” TheWrap has learned exclusively.

As fans will remember, Marc, a real jerk who dated Kate (played as a teen by Hannah Zeile and in the present-day by  Chrissy Metz) in the ’90s, was a recurring character in Season 4.

Marc was known for being controlling and belittling to Kate, even calling her fat. Their relationship ended when they ran off together to the Pearson family cabin, and he became even more emotionally abusive to her, leading to Rebecca (Mandy Moore) and teen Kevin and Randall coming to Kate’s rescue.

The reason behind Abrams’ return as Marc is being kept under wraps.

“I definitely think that when you’re being verbally abused and put down and not supported properly, like in the episode when Marc calls her a ‘fat face,’ I think a lot of the time people think that it’s because of their own doing, you know?” Zeile told TheWrap last February, during Season 4. “They think, ‘Maybe if I was thinner and I was in better shape or I was prettier, he wouldn’t treat me like this.’ But it’s not true, it’s really their own issue. And I think that insecurity- Kate always had self-doubt and always had insecurity and I think that Marc definitely fostered them.”

Abrams stars in the holiday rom-com series “Dash & Lily,” which recently launched on Netflix and is currently in its “Top 10” list. The actor’s other TV credits include HBO’s “Euphoria,” AMC’s “The Walking Dead,” Showtime’s “Shameless,” FX’s “The Americans” and HBO’s “Silicon Valley.”

On the film side, Abrams most recently starred in Amazon’s romantic drama “Chemical Hearts” with Lili Reinhart and Guillermo del Toro’s horror film “Scary Stories To Tell In The Dark.” In 2017, he appeared opposite Ben Stiller in the independent film “Brad’s Status.”