If there was one thing that got us through the anxiety-inducing uncertainty of quarantine, it was the calming predictability of shows like “The Great British Bake Off.” For those who haven’t watched “GBBO,” it follows a group of very talented amateur bakers as they compete for the prestige of best non-professional baker in Great Britain.

The joy of shows like “The Great British Bake Off” comes from its relatively low stakes, their likable contestants, and obviously, the incredible food the chefs dream up. The bad news is there are only so many seasons of “The Great British Bake Off” and “Top Chef” to watch, and if you’re anything like us, you’ve already munched through them all. However, while we wait out the seemingly never-ending amount of time it takes for the BBC to drop a new season, air it in the U.K., and then let Netflix air it in the U.S., we’ve got good news. Netflix is stepping up and filling the void by dropping multiple new cooking shows. They’ve already teased a slate of new offerings on YouTube, and we’re hankering for more info.

Read on to find out everything you need to know about one new series, “Baking Impossible.”

When does it come out? 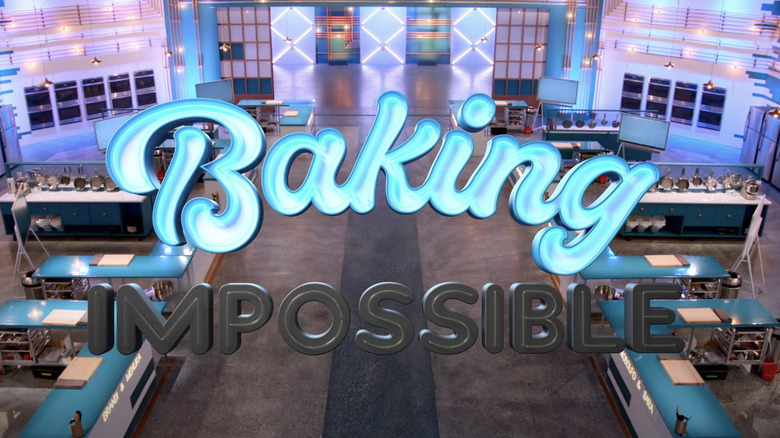 Netflix announced the new series “Baking Impossible” back in August, however, the premiere is still a ways away. Unlike a lot of reality shows in the past year, “Baking Impossible” doesn’t appear to have been hindered by COVID-19. “The Great British Bake Off,” for example, had to scramble to release its most recent season when the U.K. started to go into lockdown, per Variety. Luckily, “Baking Impossible” seems to have been spared any such inconveniences and will air Netflix on October 6.

“Baking Impossible” is part of a series of new cooking shows launched by the network and will be joined by “School of Chocolate” (which doesn’t yet have a premiere date). The latter will be hosted by renowned chocolatier Amaury Guichon who will mentor pastry chefs and bakers as they try and master the fickle art of chocolate making, per Deadline.

Building on the success of shows like “The Great British Bakeoff,” Netflix has decided to invest in its ever-growing culinary-themed empire. So, who do we know will be in “Baking Impossible?” Scroll down to see.

Who's in the cast? 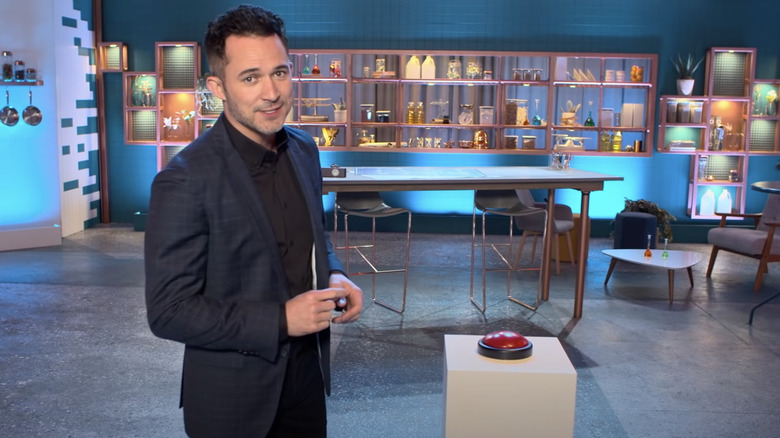 Since the premiere is still a couple of months out, there’s no word yet on what lucky bakers have been tapped to compete. We do, however, know that Netflix has lined up an excellent host for the upcoming series. His name? Justin Willman. If you don’t remember the name, you’ll probably recognize the face. Willman is a comedian who has appeared on “The Ellen Show,” “The Tonight Show,” and “Conan,” to name a few, per Deadline.

This also isn’t Willman’s first rodeo with Netflix either. He created and starred in “Magic for Humans,” which premiered on the streaming platform in 2018. Unfortunately, the show, which involved Willman performing magic on the street for a random audience, ended after Season 2, per IMDb. Hopefully, Willman has better luck with “Baking Impossible.”

Don’t feel too bad though, according to his Instagram, while “Magic for Humans” might not have a home Netflix anymore, Willman has taken it on the road, so you can now see the magic show live and in person … so long as it comes to your town of course! Meanwhile, else do you need to know about “Baking Impossible”?

What is the show about? 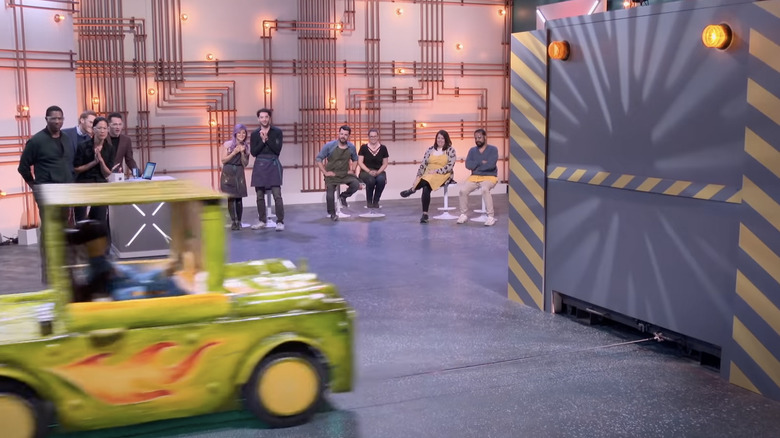 So, now that we’ve broken down the “who” and the “when,” it’s time to get into the details. What is “Baking Impossible” all about?

The new Netflix series is a competition show in the vein of “The Great British Bake Off” or “Chopped.” A number of accomplished bakers will be paired with engineers who will help them create over-the-top edible structures. Each baker and engineer team are known as “Bakineers” and will compete against the other teams to build the biggest and best structure. Ultimately though, they can’t skate by on just looks. The goods will be taste-tested for flavor as well, per Hypebeast. So what’s at stake for the winning team?

This is where the show leans more “Chopped” than the “The Great British Bake Off.” In “Bake Off,” the contestants compete for the sheer honor of winning the title of Star Baker. They also get an engraved cake stand, which may pale in comparison to American cooking shows. The winners of “Chopped” and “Top Chef” win cash, cooking supplies, and other treats. Indeed, the winners of “Baking Impossible” will follow the American tradition and take home a tasty $100,000 if they make it to the end, per Netflix.