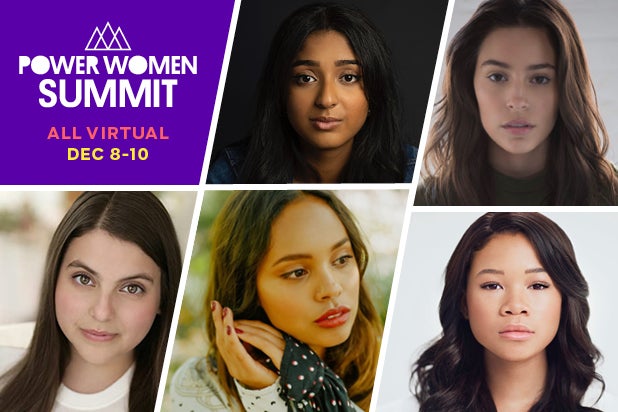 Actors Beanie Feldstein (“Booksmart”), Storm Reid (“Euphoria”), Alisha Boe (“13 Reasons Why”) and Maitreyi Ramakrishnan (“Never Have I Ever”) will join WrapWomen’s 2020 Power Women Summit, the largest gathering of women in media and entertainment. With the theme “Inclusion 360,” the event will take place virtually December 8-10.

The rising stars will be joined by Alexxis Lemire (“The Half of It”), Kelly Marie Tran (“Raya and the Last Dragon”) and Genneya Walton (“#BlackAF”) in a roundtable discussion. The speakers will address how they are using their on-screen roles to redefine the status quo in Hollywood and pave the way for the next generation of industry leaders and disruptors. 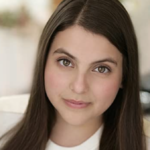 Beanie Feldstein is most known for her roles onscreen in “Booksmart,” “Lady Bird,” “How to Build a Girl,” and onstage in “Hello, Dolly!”. She will soon produce and star as ‘Monica Lewinsky’ in FX’s “American Crime Story: Impeachment.” As a writer, she has published the book “Feminists Don’t Wear Pink (and other Lies).” 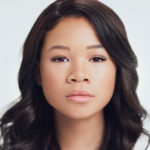 Storm Reid is best known for starring in Disney’s “A Wrinkle in Time” directed by Ava DuVernay. Most recently, Reid was in the Blumhouse films “Invisible Man” and “Don’t Let Her Go.” On the small screen, Reid can be seen in Netflix limited series “When They See Us.” She also stars alongside Zendaya in HBO’s “Euphoria.” Reid recently wrapped production on “Suicide Squad 2,” which will be released in 2021. 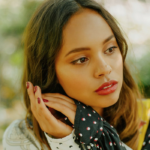 Alisha Boe is best known for her role in “13 Reasons Why,” starring as ‘Jessica Davis,’ a sexual assault survivor searching to find justice against her attacker. On the big screen, Boe’s recent credits include “Poms” and “Yes God Yes.” Boe is an advocate for “It’s On Us,” founded by former Vice President Joe Biden supporting survivors of sexual assault. 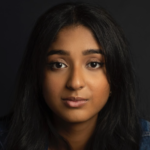 Maitreyi Ramakrishnan rose to fame by landing the role of ‘Devi’ in Netflix’s hit show “Never Have I Ever” after a worldwide open casting call by Mindy Kaling. Maitreyi beat out over 15,000 actors for the role. The show is a coming-of-age comedy about the life of a modern first-generation Indian American teenage girl. 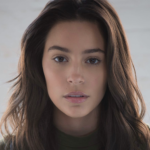 Alexxis Lemire stars as ‘Aster Flores’ in Netflix’s modern teen queer rom-com, “The Half of It,” The film is the winner of Tribeca Film Festival’s 2020 Founders Award for Best Narrative Feature. Lemire is of Puerto Rican and French descent and hails from Boston. 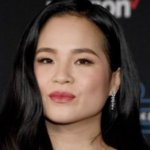 Kelly Marie Tran rose to fame as ‘Rose Tico’ in “Star Wars: Episode VIII” and “Star Wars: Episode IX,” becoming the first Asian- American woman cast in a lead role for the franchise. She currently stars in Hulu’s “Monsterland.” Up next, Tran will voice Disney’s first South-East Asian Princess in “Raya and the Last Dragon” and ‘Dawn’ in DreamWorks’ “The Croods 2.” 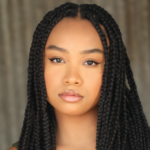 Genneya Walton stars as ‘Chloe Barris’, the daughter of Kenya Barris and Rashida Jones, in Netflix’s “#BlackAF.” Her other credits include Netflix’s “Project MC2,” Steven Spielberg’s “EXTANT” with Halle Berry and “9-1-1” opposite Angela Bassett. Walton is also a professional dancer who has graced the stage with Janet Jackson and Will Smith.

The Power Women Summit, presented by the WrapWomen Foundation, is the largest annual gathering of the most influential women in entertainment, media and technology. The Summit aims to inspire and empower women across the landscape of their professional careers and personal lives. This year’s all-virtual PWS provides three days of education, mentorship, workshops and networking around the globe – to promote “Inclusion 360,” this year’s theme.

To register for a pass: wrapwomen.com/power-women-summit