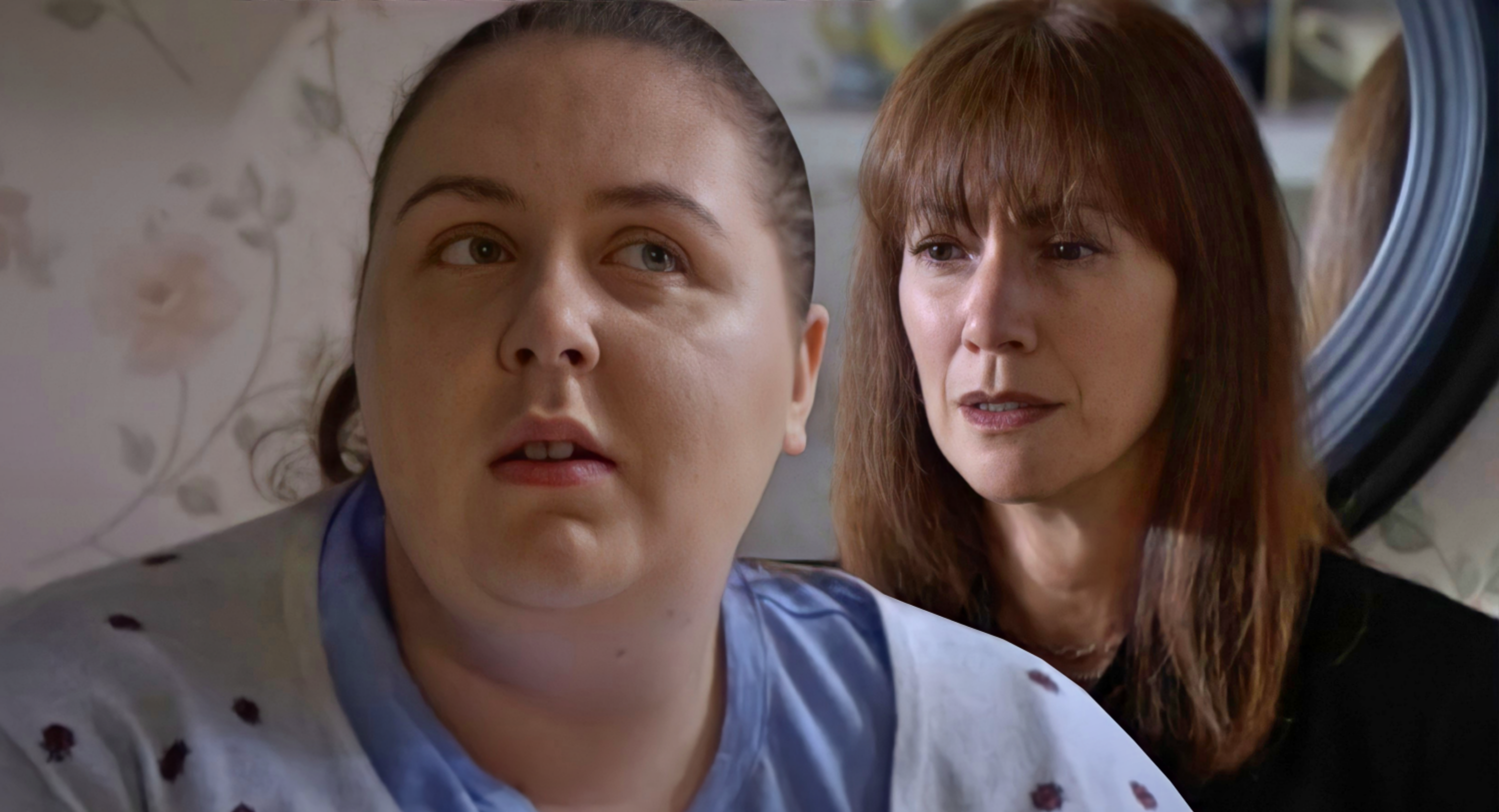 Bernie Taylor (Clair Norris) was left in compete and utter disbelief in tonight’s EastEnders, as she discovered that she was pregnant.

The young woman, who has chosen to be a surrogate for Rainie and Stuart Highway (Tanya Franks and Ricky Champ), was talked into taking a pregnancy test by best mate Tiffany Butcher (Maisie Smith).

Bernie was unnerved, but ultimately decided to take the test, agreeing that Rainie could be there for the big reveal.

A series of miscommunications, however, resulted in Keegan (Zack Morris) thinking that it was Tiffany who was pregnant, forcing Bernie to reveal her surrogacy secret to her brother.

Keegan, appalled, headed off, and spilled the beans to mum Karen (Lorraine Stanley), who made a beeline for No. 25 to have it out with her daughter.

Bernie explained her reasons to Karen for wanting to help Rainie, and in tense scenes, they all awaited the results of the pregnancy test.

‘There was a lot going on in that episode!,’ laughed actress Clair Norris, when she spoke to Metro.co.uk about tonight’s instalment of the BBC One soap.

‘Everyone’s thoughts and feelings are all going boom, boom, boom!’

As the serial drama’s signature Doof Doof soundtrack echoed, Bernie confirmed that she is pregnant, much to Rainie’s joy… and Karen’s horror!

‘She is pregnant, and it’s in that moment reality hits,’ said Clair. ‘She looks up at Rainie, and Rainie’s reaction is what confirms to her why she’s doing this.

‘Alongside the money situation, it’s also the fact that this woman standing in front of her has got everything she’s wanted by Bernie saying that she is pregnant. It’s that particular moment that she’s like: “This is why I am doing this!’

Over the past few weeks, viewers have seen a new and interesting dynamic develop between Rainie and Bernie, who prior to this story had little to no interaction.

‘It’s been lovely to work with Tanya!,’ added Clair. ‘I’ve never worked with her or Ricky.

‘They’ve both been in the business, so it’s nice to hear about their experiences, and learn from them! it’s been lovely to form that relationship on screen.’

But what’s next for Bernie? Could love be on the horizon?

‘It would be lovely for Bernie to find love, but there’s no drama in it!,’ the soap star said. ‘We love the drama, don’t we? So, who knows!’

EastEnders continues Tuesday July 19 at 7:30pm on BBC One.