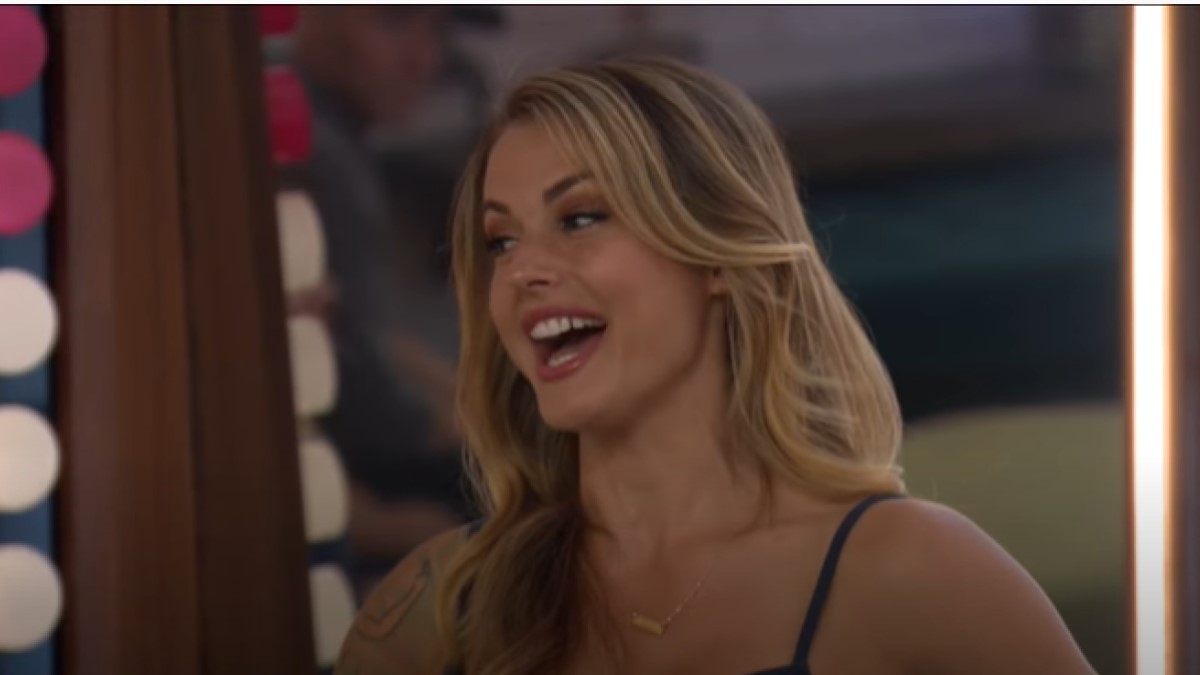 The Big Brother feeds have been really busy today. But when Christmas Abbott said that she was worried she was going to get shot or stabbed by Bayleigh Dayton, it definitely woke up the Twitter fans.

The day started out with the BB Basement getting opened up and the powers being dispersed. It throws a big wrench in the game, as the powers could certainly impact how things play out over the next few weeks.

It wasn’t those powers that got Christmas all worked up, though, but rather the Nomination Ceremony that she was preparing to host. As the Week 5 Head of Household, Christmas had to nominate two people for eviction.

Christmas jokes with Nicole Franzel at the expense of Bayleigh

Below is a video that combines two different incidents that just took place on Big Brother live feeds.

First up, Christmas was talking about how worried she was that Bayleigh was going to “cut” her when she found who she had been nominated for eviction.

Then, to a laughing Nicole, Christmas says that she is going to get shot and have a fork put in her face due to what was about to take place.

People on social media are quite displeased that Christmas would say things like this about Bayleigh and they are not holding back when it comes to sharing their sentiments.

The above Twitter post references the time that Christmas Abbott got arrested. That arrest was a reason that some fans didn’t want to see her back in the game.

The Nomination Ceremony just took place and, no, Bayleigh did not shoot or stab Christmas at it or after it. You can click on that link to find out who Christmas nominated, but we won’t spoil it if you are just here to read about her comments.

The house is going to be even more divided than it was before. With Janelle Pierzina and Kaysar Ridha now gone, the house is going to start really turning on itself. That may have already started at the latest HOH Competition when Dani Donato, who said she was aligned with Bayleigh and Da’Vonne Rogers, pitted them against each other.

Former houseguest Kathryn Dunn already noted that the pettiness was getting pretty bad in the house and it hasn’t stopped. Hopefully, it doesn’t completely boil over, but if Bayleigh ever catches wind of what was said about her, chaos could consume the BB22 cast.