Bill Bailey says Sean Lock would be 'chuffed' with fundraiser

Strictly Come Dancing and comedy legend Bill Bailey joked about the torment he and his feet suffered while performing in the ballroom every week. While contemplating the challenges of his 100 mile charity walk, he told Naga Munchetty and Charlie Stayt about the impact the dancing competition had on his body at the time.

Bill Bailey teased his former dancing partner Oti Mabuse on Saturday about the treatment he had received on their way to winning Strictly Come Dancing in 2020.

He joked about the lack of sympathy Oti and the professional dancers had shown him.

The Strictly champion chatted to BBC Breakfast hosts Naga and Charlie about his tough stint on the prime time competition.

With a cheeky grin, the musical comedian couldn’t help but vent on the hardship he suffered. 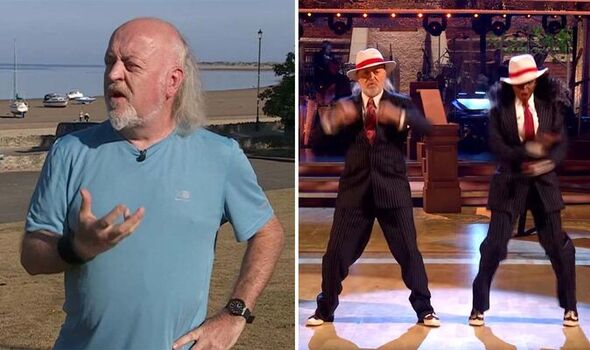 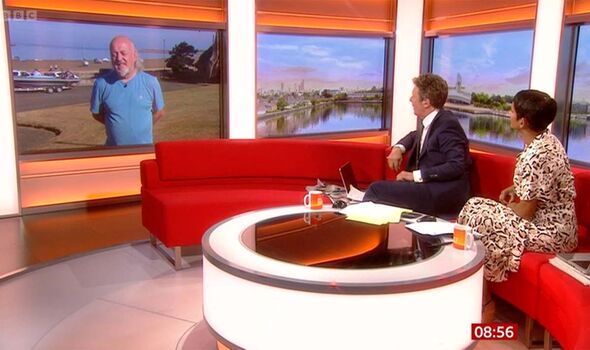 When asked how his feet were surviving his charity walk, Bill began smirking when the topic arose.

Bill laughed: “I had blisters – huge blisters – in the first week of training and I got no sympathy from Oti Mabuse or any of the dancers.”

He added: “So you just learn to grit your teeth and get on with it!”

He made his comments amid the announcements of Kym Marsh, Kaye Adams and Richie Anderson joining the lineup for this year’s competition. 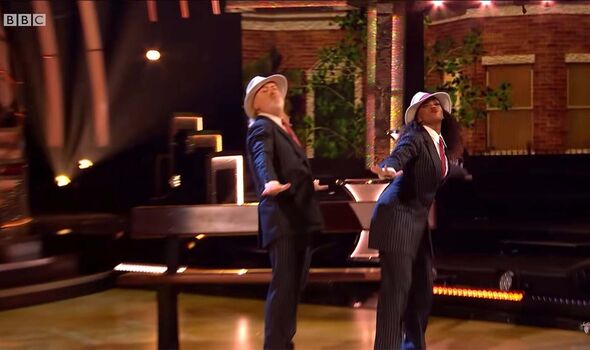 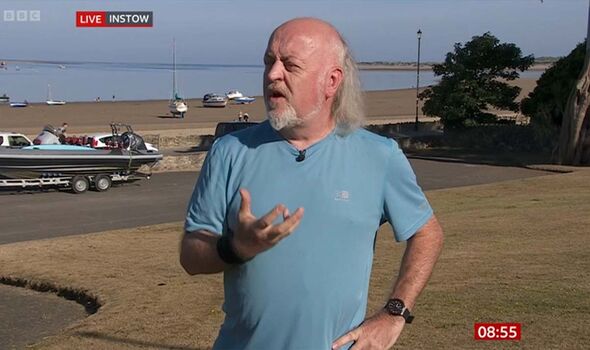 Dancing your way to Strictly success is not easy, but Bill has revealed the benefits the rigorous routines had on him.

He reflected: “Well I’ve got to say, even now my feet are dance-hardened.

“If you’ve been through Strictly you’ll know that your feet will never be the same again – these are tough feet.”

Bill was talking while on a 100 mile walk in tribute to his close friend Sean Lock, who died last year.

Alongside Sean’s family and friends, including Lee Mack, Bill will complete the long walk in honour of the activity he used to enjoy with his much-missed friend.

Sean died in August last year aged 58 after being diagnosed with lung cancer.

He starred on 8 Out of 10 Cats alongside fellow comics Jimmy Carr and John Richardson.

The 100 mile walk began from Bude in Cornwall and will end on one of the comic’s favourite routes in Combe Martin, Devon.

Donations have been flooding in on their Just Giving page, with over £90,000 being given to the Macmillan Cancer Support.

On the Just Giving page, Bill wrote: “The walk will be a chance to get together and celebrate his life while doing something he loved so much.

“Every penny donated will help Macmillan to provide emotional, physical and financial support for people living with cancer in the UK.”