Bill Bailey could miss out on lifting the Glitterball Trophy this December following an early exit from Strictly Come Dancing. It comes after Mediaworks revealed their latest data and the sentiment scores for all the celebrity contestants still in the competition. And it seems the comedian will go head to head with EastEnders star Maisie Smith as they battle it out for a place in week five of the dance show.

Over the past week, Mediaworks has analysed a sample of 1,000 tweets about each celebrity contestant to gauge public opinion on the 2020 show.

The social sentiment analysis shows whether the contestants are being discussed in a positive or negative way across social media.

The scores given – which range between -10 and 10 – determine their popularity amongst Strictly fans and suggested whether they will find themselves in the bottom two on Sunday night.

Last week, Nicola Adams OBE and Katya Jones were saved by the judges, after Jason Bell failed to impress. 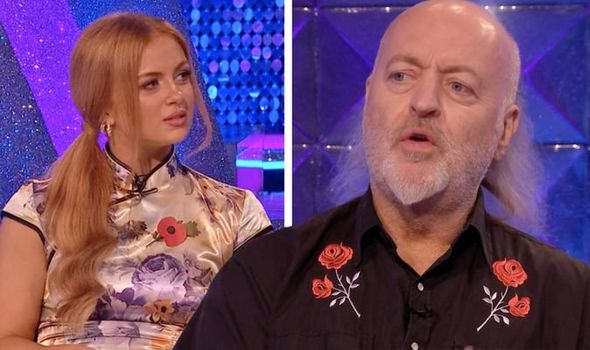 Despite the champion boxer being forced to quit the show after her professional dance partner tested positive for coronavirus, it seems an elimination is still going ahead.

So who will have to dance for a second time this week?

According to Mediaworks’ latest data, Bill’s social sentiment score is not promising.

Despite being tipped to win the entire show by many bookmakers, it seems he doesn’t have the backing of the public. 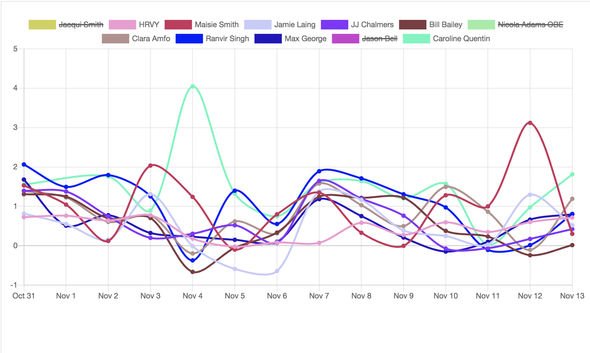 His score currently sits at 0.017 – bottom on the social sentiment chart – whilst Maisie takes second lowest with a slightly higher score of 0.303.

However, she did soar to 3.1 just 24 hours earlier – what could’ve possibly made her popularity plummet so drastically?

As for who has won over the nation, Caroline Quentin dominates the chart once again.

Mediaworks revealed her social sentiment score is 1.81, but it peaked earlier this month at 4.04. 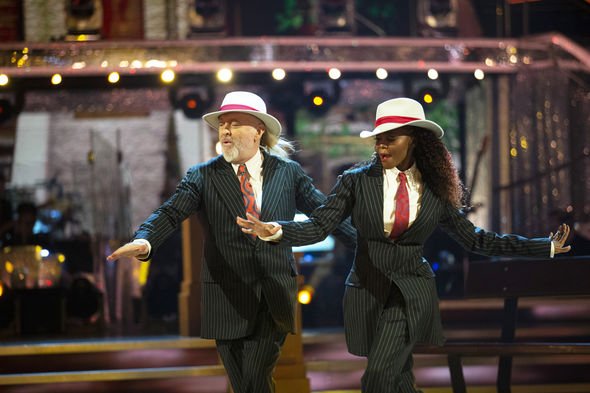 Someone else who is proving popular with those watching at home is Clara Amfo.

The BBC One Radio DJ, who is partnered with Aljaz Skorjanec currently sits second on the chart with 1.19.

Should she score highly with the judges, it is likely she is on her way to the final.

His professional dance partner – and reigning champion Oti Mabuse – has been pushing him to improve week on week.

Bill’s debut performance scored 15 points out of 30, but by week two he had upped that to 24 points for his Quickstep.

Last Saturday night, his Paso Doble earned him second place on the leaderboard with 26 points.

Will he take the top spot tonight only to find himself in the dance off tomorrow?

Strictly Come Dancing returns on Saturday night on BBC One.