In Bob Hearts Abishola, comparing season 1 Bob (Billy Gardell) to season 3, Bob seems like two different people. Both the character and actor have slimmed down. For Bob, it came from the fact that he dated Nigerian nurse Abishola (Folake Olowofoyeku). As for Gardell, weight loss has been a long journey throughout his entire life. As of 2021, how much weight has Gardell lost? 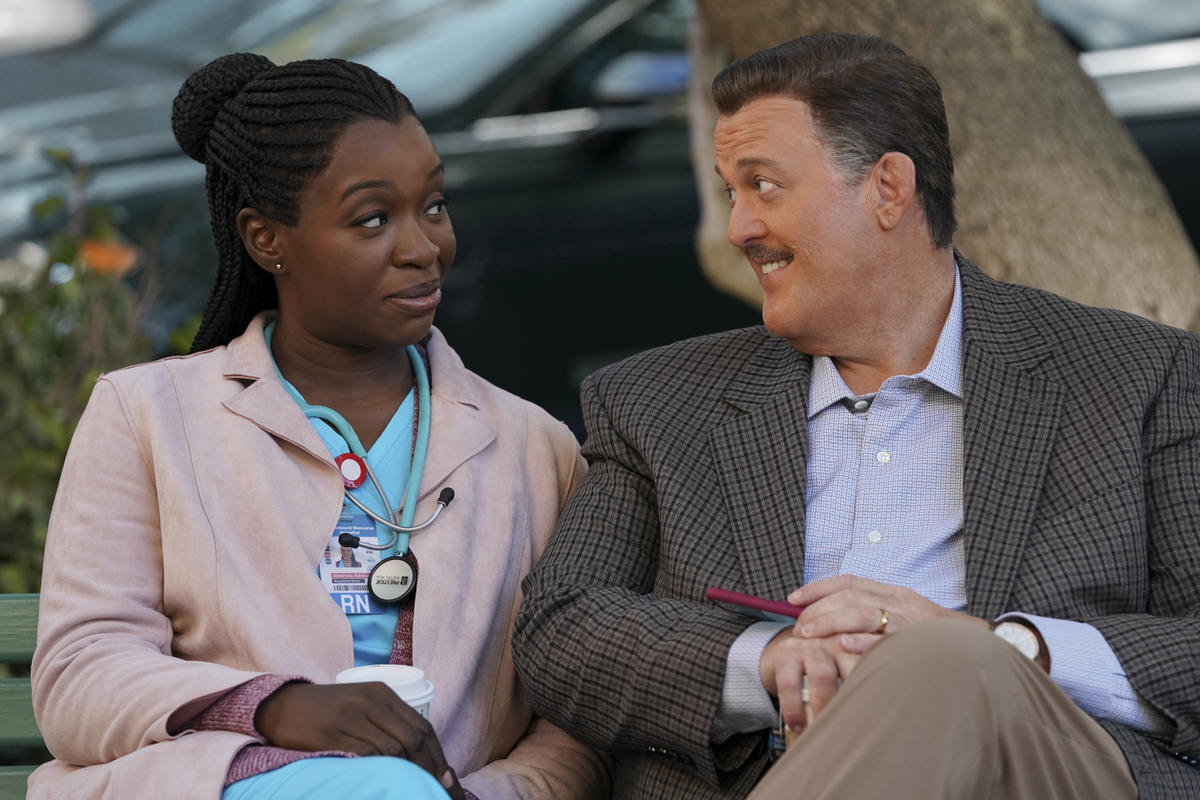 Over the years, Billy Gardell has mentioned his struggle with weight loss. He even said that his weight reached as high as 350.

“I grew up fat,” he said in a 2011 interview with East Valley Tribune. “You think I’ve never heard fat jokes before? I learned a long time ago about life that, hey, sometimes some people just ain’t going to like your face. That’s their thing.”

He worked with a nutritionist and trainer on fitness goals, but some days he struggled more than others. “I’m learning to make the right choices,” he said.

And then he made progress. Sometimes it was slower than others, but he has gotten his weight down significantly. As he plays Bob with his Bob Hearts Abishola co-stars, he started far below that 350 lbs mark.

Bob and Billy Gardell both strive to attain a healthier weight

In Chuck Lorre‘s Bob Hearts Abishola Season 3, Episode 6, the characters of Gardell and Olowofoyeku talked about where they should honeymoon. Bob (Gardell) suggested Greece, saying they had beaches. Abishola (Olowofoyeku) thought he hated beaches.

“Well, I did, about 50 pounds ago,” Bob said. The question remains if Gardell gave an accurate weight number.

In October 2019, a month after Bob Hearts Abishola Season 1 kicked off, DatingCelebs listed Gardell at 230 lbs.

As of Bob Hearts Abishola Season 3, WeathyPersons reported Gardell at 92 kg or 202 lbs. While Bob lost 50 lbs from the start of the show, Gardell has lost around 28 lbs.

It still serves as an impressive number. Even more impressive is that Gardell dropped almost 150 lbs.

Is he trying to lose more weight?

Gardell has made fantastic progress since his weight reached 350 lbs. However, is he still trying to lose more?

“In mid-2017, Gardell went for a regular check-up. Little did he know that his full battery of blood tests would bring out his diagnosis of type 2 diabetes,” Hollywood Masks said. “He joined a Type 2 Transformation program by Novo Nordisk in March 2020.”

Weight loss is an ongoing journey for Gardell. The show started with Bob suffering a heart attack and Christine Ebersole’s Dottie having a stroke.

The CBS sitcom Bob Hearts Abishola, from season 1 to season 3, has been about recovery and living different lifestyles as much as romance.

Hollywood Masks reported that “besides using medicines, Gardell reformed his eating habits and started exercising to maintain his weight.”

With help and support from his family and friends, Gardell looks fitter and healthier than ever.