THE Chase's Bradley Walsh was left shaking in fear as he faced a terrifying bungee jump alongside his son, Barney. 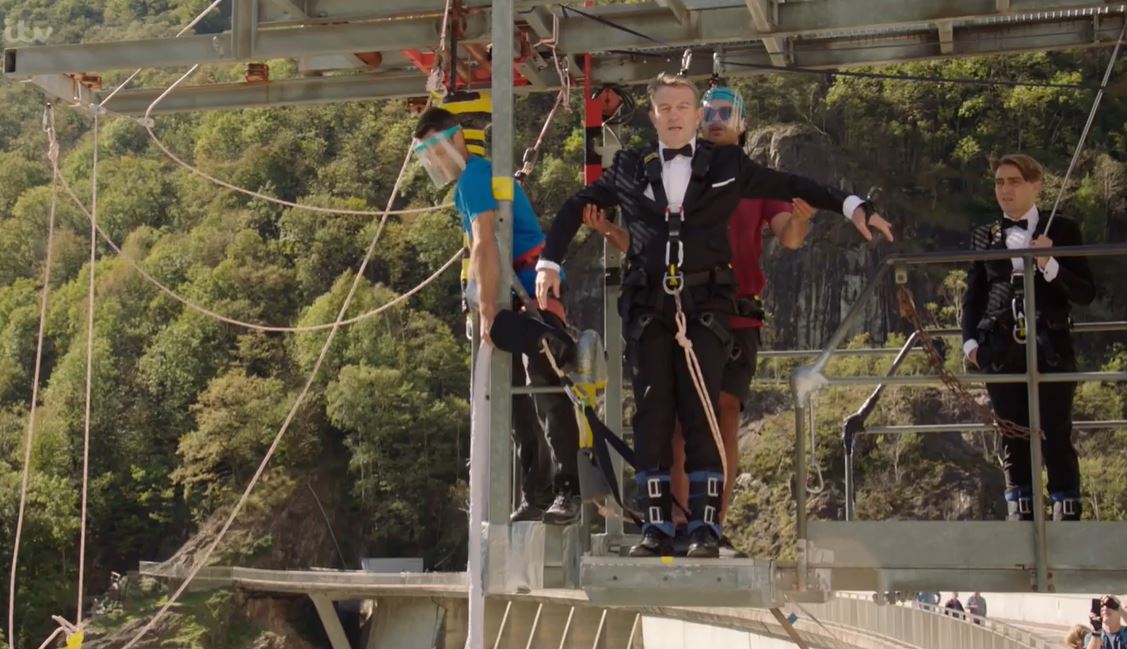 A very excited Bradley rattled off the number of James Bond movies that had been filmed there.

As he drove their Winnebago, he realised they were pulling up to the iconic The Contra Dam which played host to one of the most acclaimed stunts in film history.

The huge dam featured in James Bond's GoldenEye and is now home to a terrifying bungee jump.

Narrator Alexander Armstrong explains: “The iconic Contra Dam stamped its mark in movie-making history in 1995, when stuntman Wayne Michaels completed the world’s highest bungee jump in James Bond’s GoldenEye, a stunt which went on to be voted one of the best movie stunts of all time. 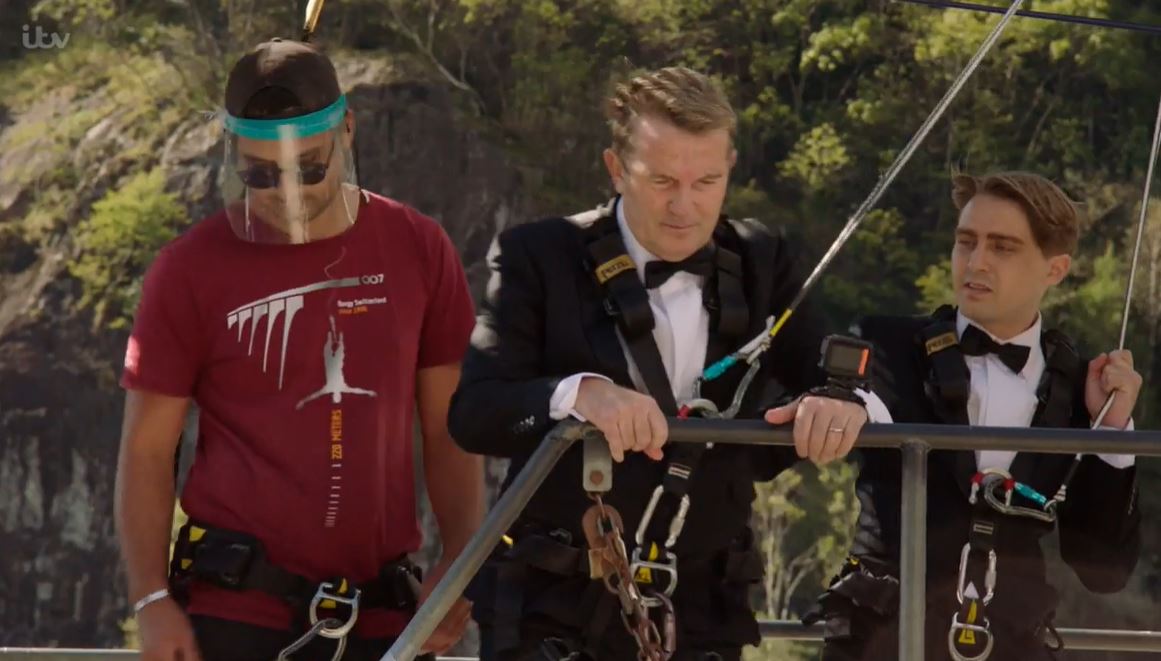 “Since GoldenEye, Contra Dam has become a Mecca for thrill seekers.”

As the men walked up to the bungee stand dressed in tuxedos, Bradley was pretty clear he was not keen to try it.

He even said to Barney: "You're not doing it." 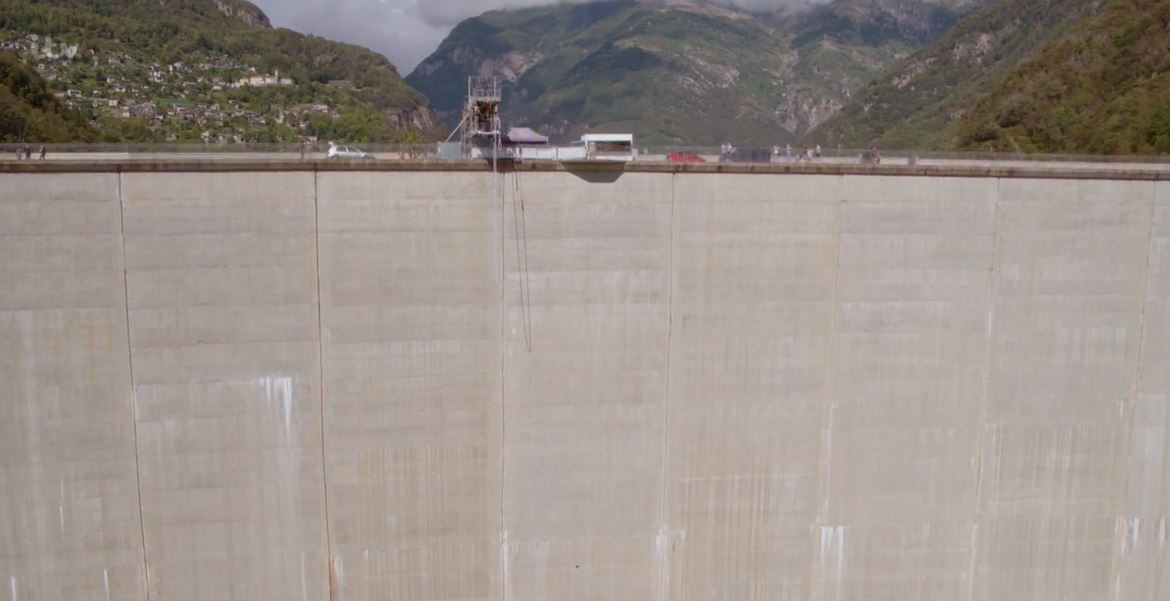 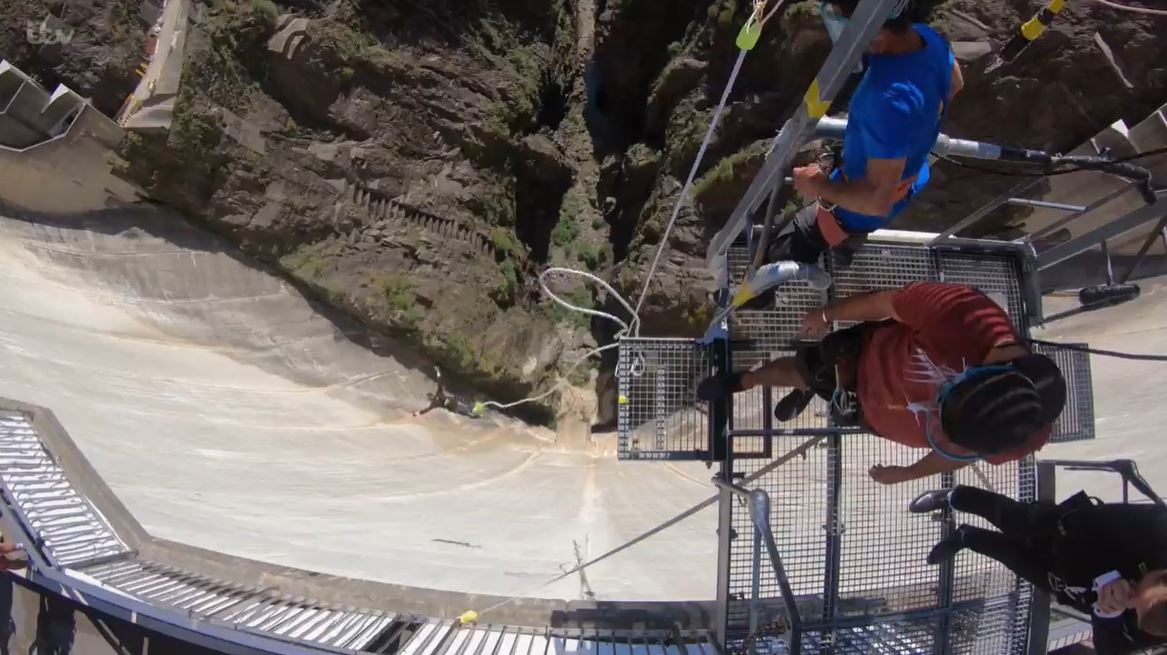 But he eventually relented and walked onto the platform with Barney who took a few seconds before building up the courage to do the 220 metre jump.

As he watched Barney jump, it came to be Bradley's turn.

"Jesus Christ. Man, I am so scared," Bradley admitted as he started to panic. 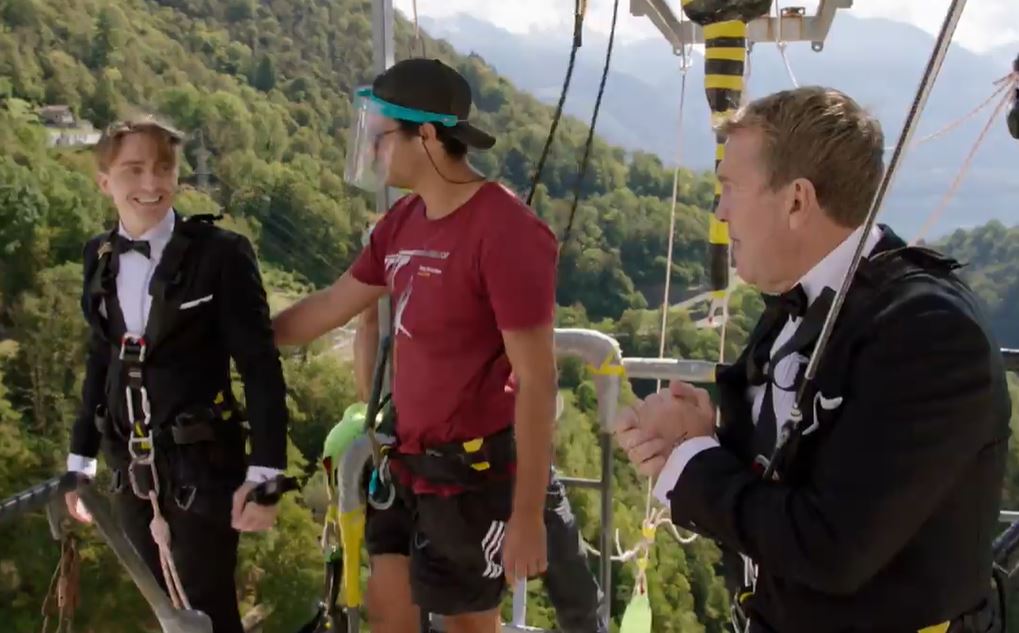 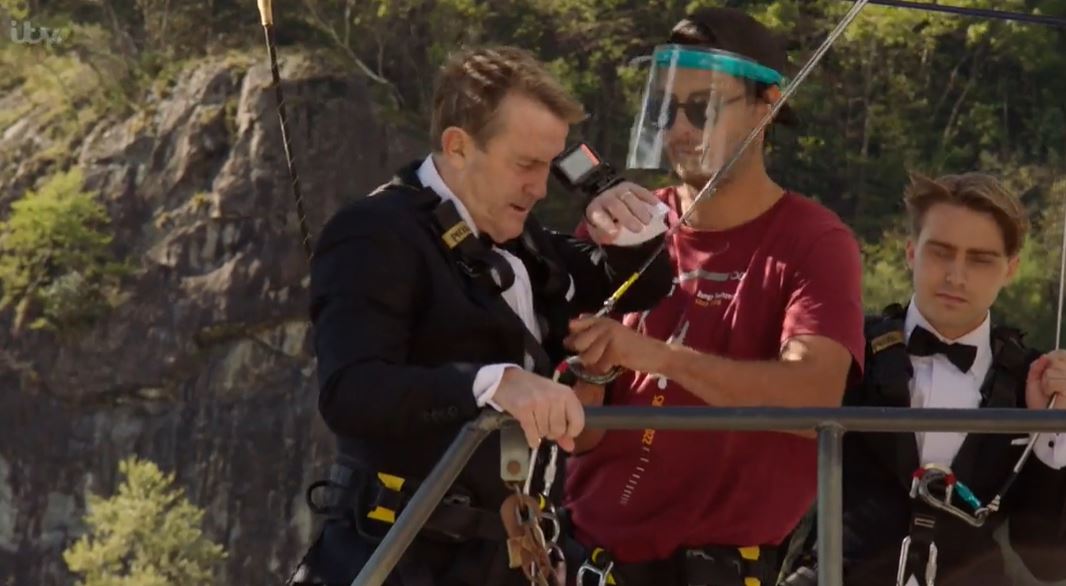 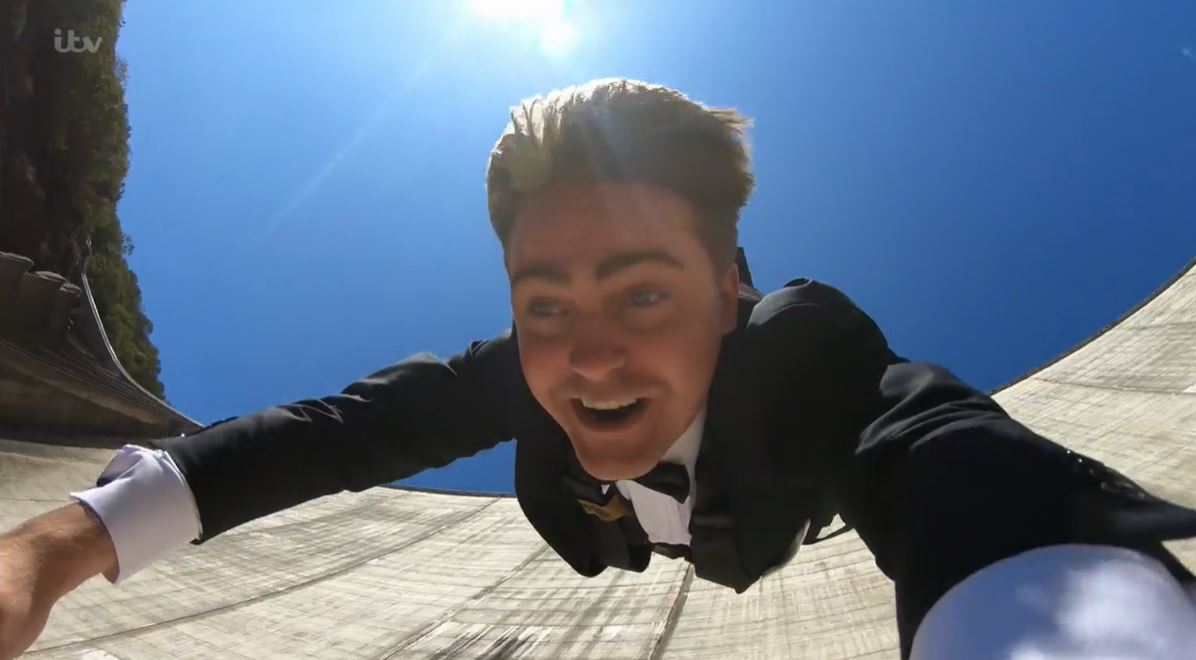 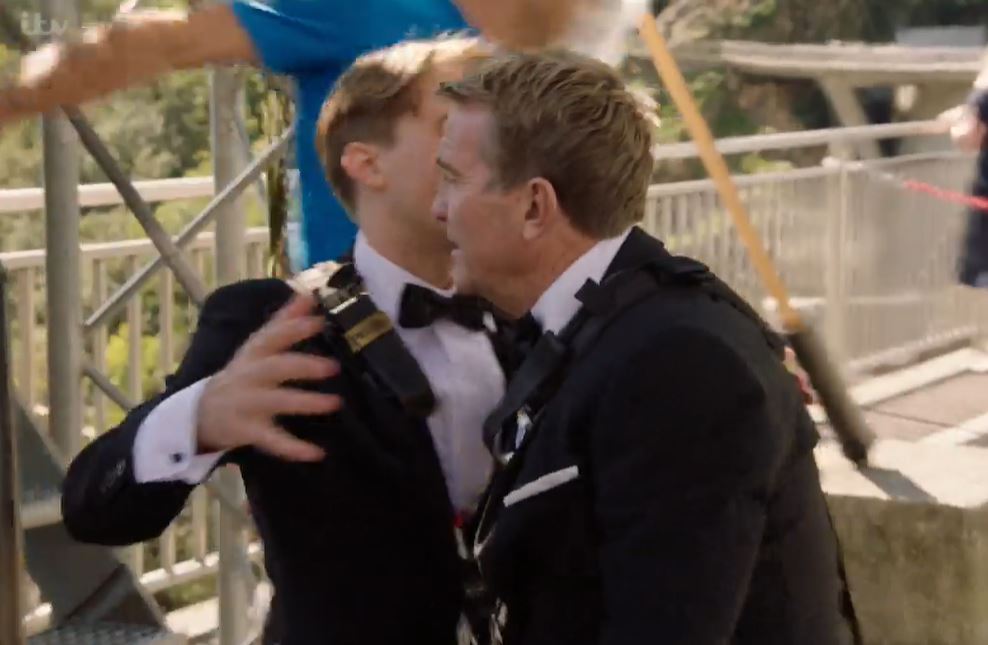 Bradley then apologised to Barney for "letting him down" but his son cheered him up with a Toblerone.