Daphne (played by Phoebe Dynevor) will win high praise from Queen Charlotte (Golda Rosheuvel) when she makes her debut in the opening episode. As a result, she will be fighting off attention from potential suitors who hope to make her their wife. In a bid to keep suitors interested, Daphne Bridgerton must showcase her skills on the ballroom floor, on the piano and with her embroidery. However, learning new skills for the role o Daphne wasn’t as fun as it may sound for leading lady Phoebe.

Phoebe, 25, explained when she was 11 it would have been “my dream’ to learn how to sew, ride and dance.

She added it wasn’t as easy to pick up those skills as she expected as she prepared to take on the role of debutante Daphne.

“The horse riding was quite terrifying because I didn’t realise that I would have to be side-saddle,” she recalled. “So that was a new skill!

“I also loved learning piano and it’s something that I want to keep doing after the show.” 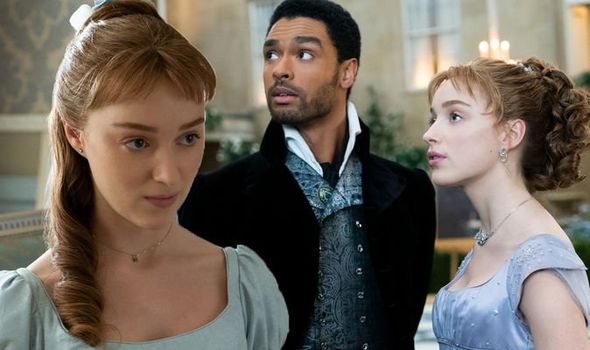 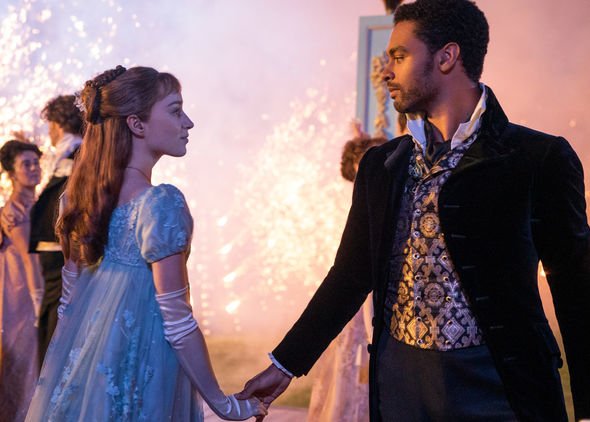 She added: “The dancing aspect of this was initially really terrifying, probably more than horse riding for me, because I’ve always said that I couldn’t dance.

“It was really scary, but our choreographer Jack Murphy was brilliant. There were so many dances and so much to learn but he made it so easy and so fun.”

On the other hand, Phoebe’s co-star Regé-Jean Page, who plays Simon Basset, the Duke of Hastings, loved the horse riding.

“The question is, were there any skills I didn’t have to learn?” he laughed. “Dancing, horse riding, boxing, elocution, Regency history and manners. 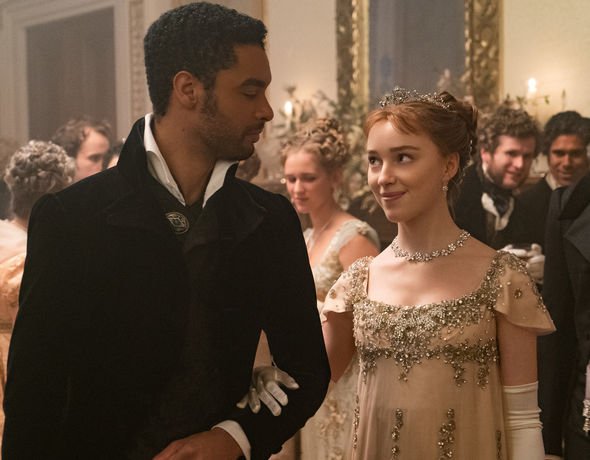 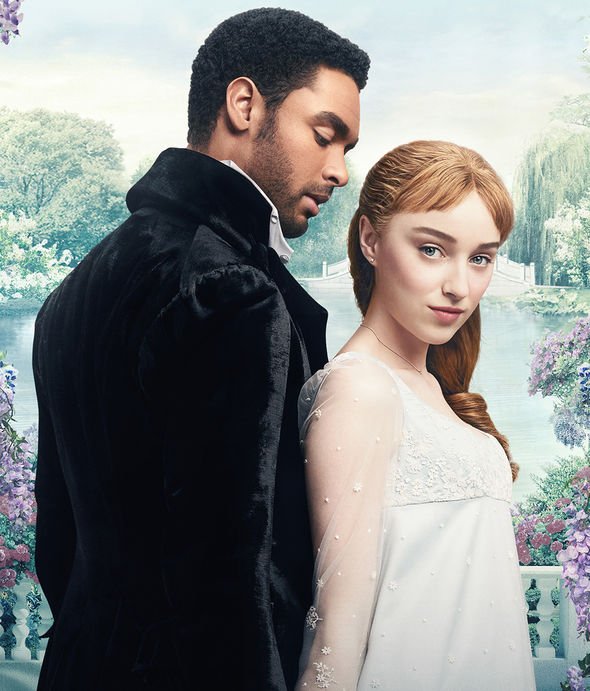 “There was lots and lots of research done for this part. Some of that was physical and some of it was academic.

“My favourite part of the job is to get to learn about the world around me by going and playing around in it. The horse riding was really fun.

“I had only ever been on a horse three years ago in Texas and it turns out that Texan horses ride really differently! My international horse diplomacy is in its infancy.”

Phoebe and Regé-Jean, 30, spent a lot of time dancing together on set as their characters fake a romance to ensure they get what they want.

The pair have revealed they often spent two to three days on set for each ball which takes place in the eight-part series.

“There was quite a lot to shoot and we would film in these amazing locations,” the actress remarked.

“It was fun because they would play the music and we would do the routines. It would really help you get into character as I definitely don’t feel like myself when I’m doing these dances because I’m not a dancer.

“It was quite spectacular to film the ball sequences.”

Regé-Jean continued: “Also, the battles are no less brutal. I think I do a lot less damage with my fists than Lady Featherington or Lady Danbury do at the balls just with their words.

“That’s the parallel that we’re drawing because everyone is taking chunks out of each other in a show that’s meant to be about love and romance.

“How do you bring together those really visceral battles and how much tension everyone holds? It is why I think they get so lusty, dare I say, because they’ve got all of this pent up energy and no way to express it.”

Bridgerton will be available to stream on Netflix on December 25.