The host, who is standing in for Lorraine Kelly, couldn't believe her eyes when teenage magicians James, 19, Harry, 18, and Theo and Josh, both 17, tested their skills on the former Countdown star. 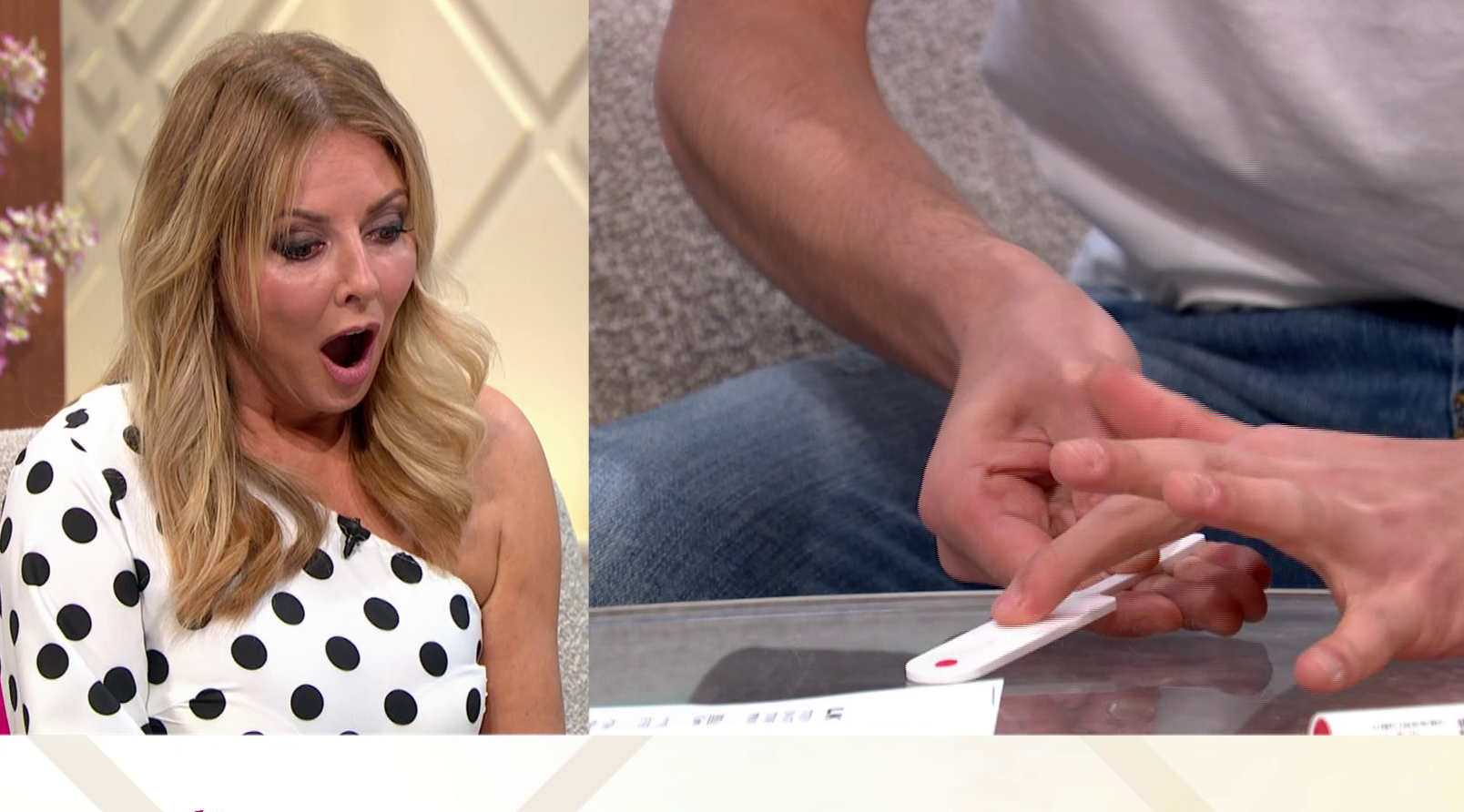 Carol pulled a number of amazed and bemused faces as she got VERY excited about the numbers trick.

She was then asked to count the number of red dots on a paper panel, but they kept disappearing.

And Carol left gobsmacked when the 4MG star waved the paper wand and made the dots reappear before he plucked a red ball out of thin air.

But viewers think they know how he did it. 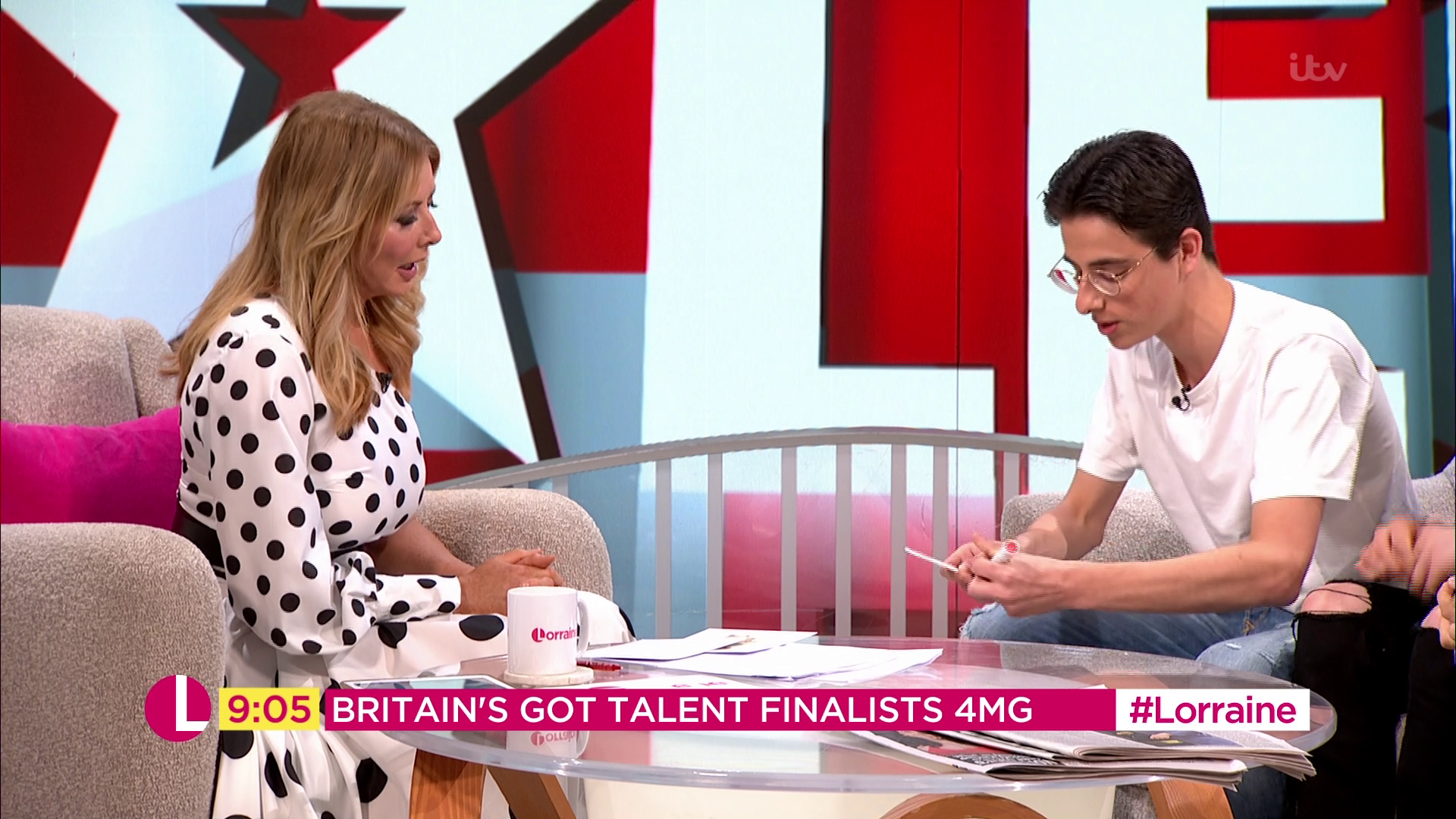 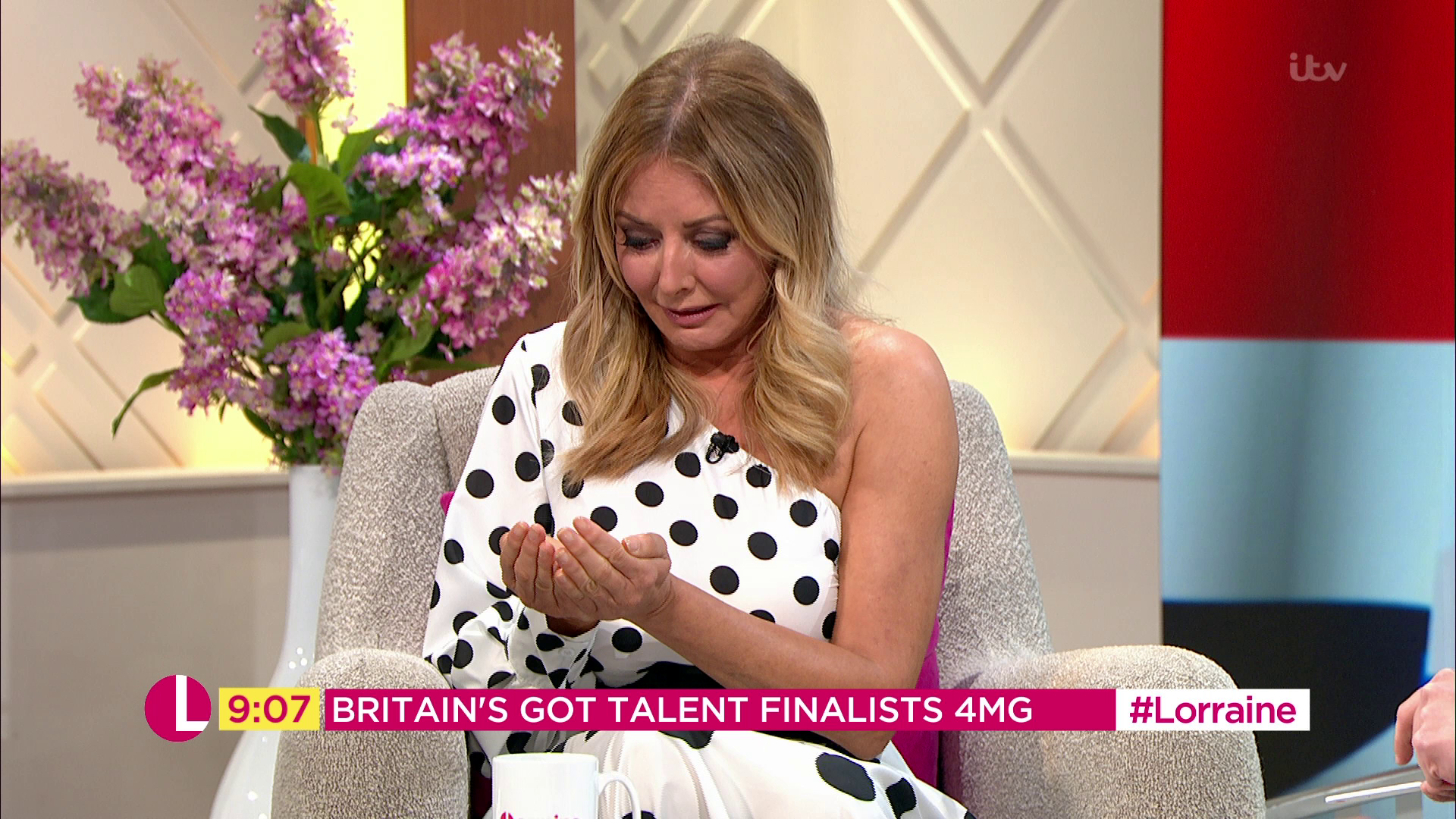 One smart viewer exposed the trick on Twitter and wrote: "#Lorraine magnets."

Others were left squirming over Carol's reaction to the trick.

One tweeted: "Is Vordermann having an orgasm here? #lorraine."

Another moaned: "Too early for #Carol Vorderman . She’s lovely but Jesus calm down . Dress is just way too much for morning show and over the top reactions . #lorraine we’re trying to chill Carol ." 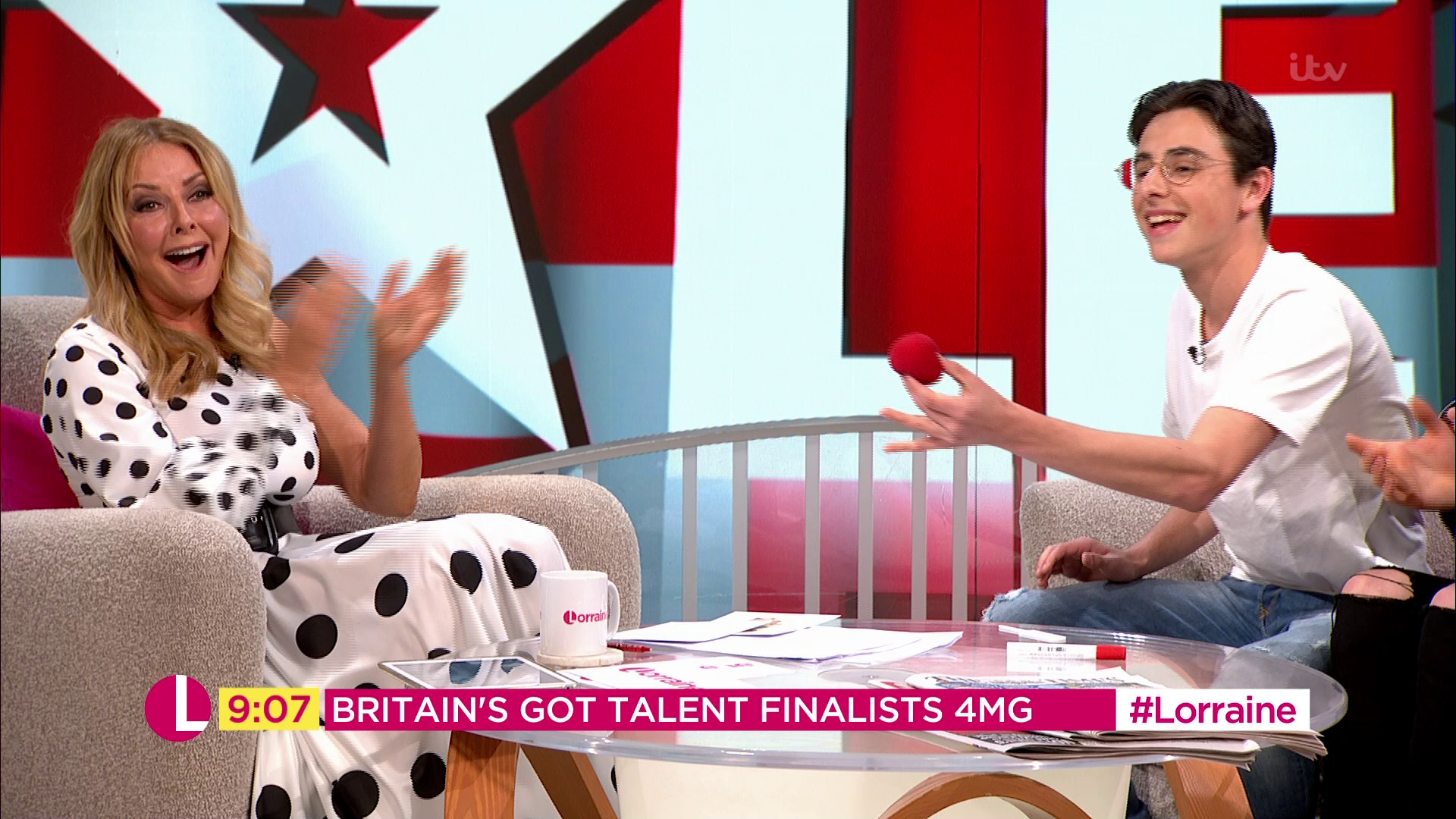 Britain’s Got Talent viewers were also convinced they worked out how the magicians did their semi-final trick last night.

The teenagers were sent straight through to the final after impressively bringing out talent show legends Stavros Flatley as part of their act.

But some fans reckon they know how they managed to fool judges Simon Cowell, Amanda Holden, Alesha Dixon and David Walliams. 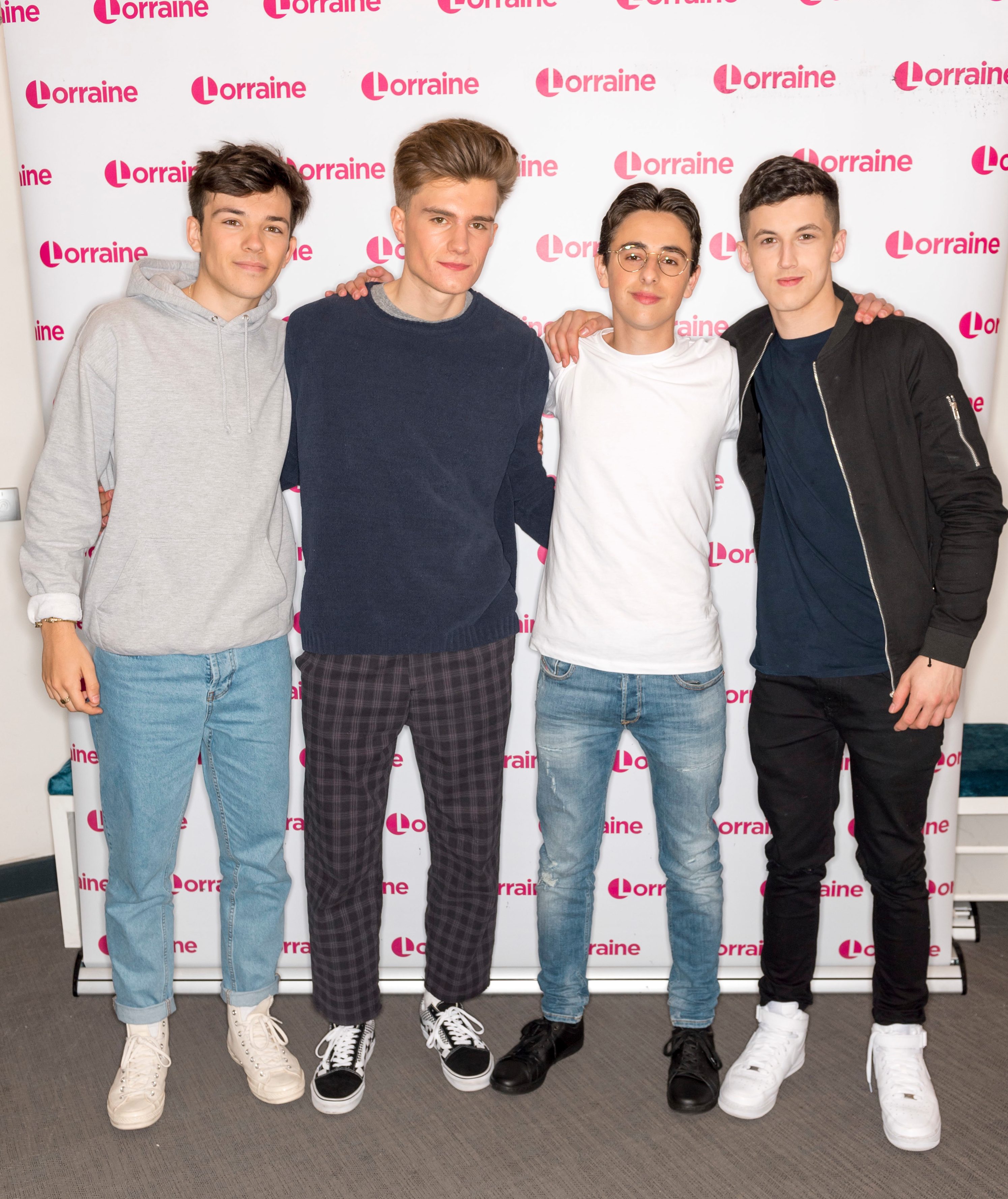 Throughout the act, the four boys gave each judge a task before correctly predicting the outcome.

David had to make up a five-letter word, Simon picked a numbered ball and Amanda and Alesha had to choose three worded cards from a pack.

Simon's number was linked with a numbered list of acts from BGT's history written on one of the magician's phones – and it led to dance duo Stavros Flatley arriving on stage for the trick's grand finale.

One viewer explained: “He had 6 lists on his phone & opened the one which placed Stavros in the dice position. The cards were probably bent so a cut would be forced etc.”