And we can’t forget “The Mandelorian,” “Dolemite Is My Name” and “Harriet” 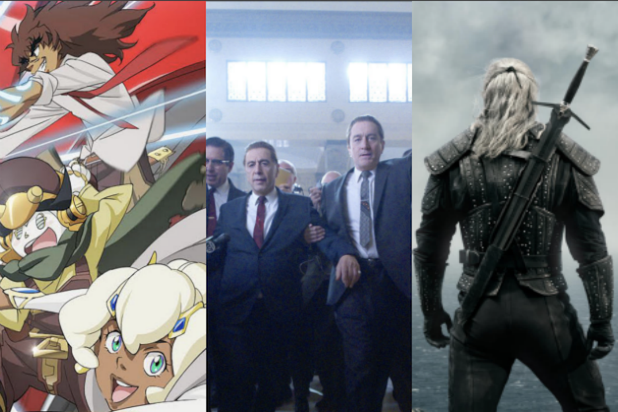 Usually on the “Low Key” podcast, we talk about pop culture moments we think others may have missed, often through a racial lens. This week, we just talked about some projects we’re excited about, from “Cannon Busters” to “The Witcher” to “The Irishman” to “The Mandelorian,” “Dolemite is My Name” and “Harriet.”

Of all those films and TV shows, only one — the Netflix anime series “Cannon Busters,” has been released. “Low Key” co-host Aaron Lanton, a hardcore anime fan, was intrigued to see anime with black characters in key roles, as he explains in the podcast.

Co-host “Keith Dennie,” meanwhile, wonders if “The Witcher,” starring Henry Cavill, can overcome the curse of many video-game adaptations.

And I’m very eager to see if “The Irishman” — from the super team of Martin Scorsese, Robert De Niro, Al Pacino and Joe Pesci — can win its big CGI gamble to become the instant gangster classic I hope it will be.

Netflix is very well-represented on the list of projects we’re excited about — “Cannon Busters,” “The Witcher,” “The Irishman” and “Dolemite” are all Netflix projects. But we also talk about how Netflix may change in response to Disney+, future home of “The Mandalorian” and many more “Star Wars” and Marvel Cinematic Universe stories.

Here are some highlights of the episode and timestamps:

00:40: A quick recap of the great Tennessee Wing-Off (Congratulations, Sarah!)

7:59: How bad movies get made (featuring some advice by William Goldman)

40:16: Don’t forget to please subscribe and review us on Apple, please.