BBC Breakfast weather presenter Carol Kirkwood joined Saturday Kitchen host Matt Tebbutt on Saturday morning, where she promoted her new book, The Hotel On The Riviera. However, whilst discussing the process, Carol cheekily promoted her previous book Under a Greek Moon, which left Matt in stitches and branded her “shameless”.

Whilst cooking up a meal for Carol, Matt asked: “Tell us about your new book! The Hotel on the Riviera.

Carol began to explain what the book was about and how she began her process of thinking about a plot.

“This is escapism isn’t it, it’s perfect for a holiday read, isn’t it? There’s murder in there, Hollywood stars!” replied Carol.

Guest chef Andi Oliver interrupted and asked: “Are you discovering it as you are writing it? You don’t plot the whole thing out and then fill it in?” 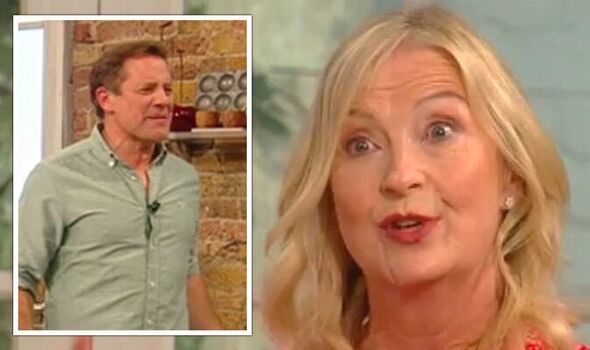 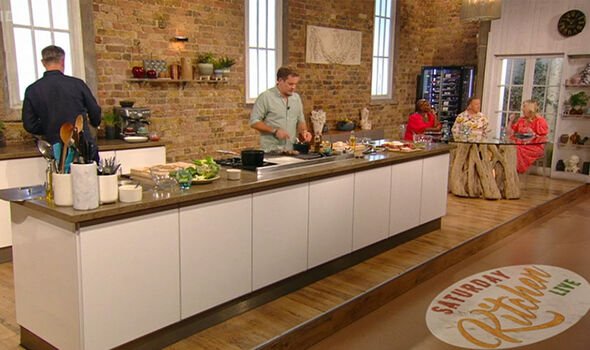 Carol revealed: “No, I plot the whole thing, so I start with that scenario, and then I evolve it from there, and as you are writing a book, it evolves anyway.

“The first book, Under a Greek Moon, which is still available, by the way,” she quipped as the studio erupted into laughter.

Matt jibed: “Carol, you are shameless! Your publishers are loving you!” to which Carol added: “Thank you, Harper Collins.”

As she ended the explanation, Olly Smith asked: “Are you doing an audiobook? Are we allowed to talk about that? Has there been one? Are you doing it?” 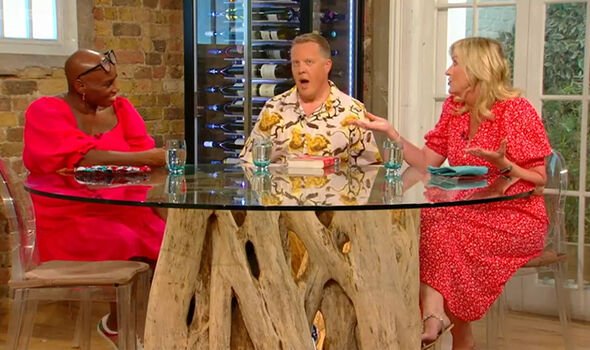 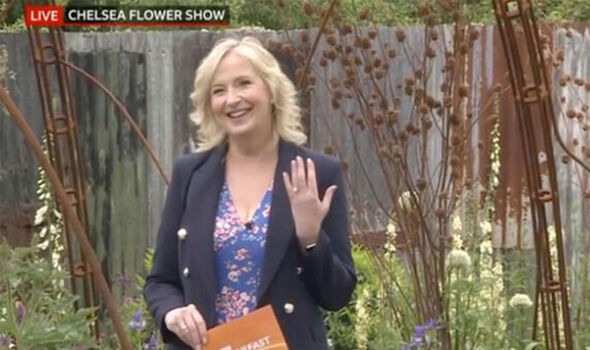 Delighted with their interest, Carol explained: “There will be one, but there are so many different accents, and I can only do Scottish accents.”

Olly exclaimed: “Oh, I am disappointed, I would have loved to have heard you read it, to be honest! I was really enjoying that!”

Before the show began, Carol was also teased by BBC Breakfast co-star Naga Munchetty during the link between shows.

After Matt revealed he was using Carol as a human shield to encourage Naga to be nice to him, she quipped: “You have got an absolutely delightful woman in the studio.

“I have seen Andi there. I am not so sure about her, Carol,” leaving her co-star shocked at the comment.

She shouted back in shock: “Oh, thanks, Naga!” before Matt quipped: “Oh dear, it has started already!”

Charlie Stayt also got in on the fun and teased Carol: “Carol, can I just say, just behave.”

Her inspiration for her latest romance novel could come from the fact that she recently got engaged to her boyfriend, Steve.

In her first book, she admitted that the divorce from Northern Irish cricketer Jimmy was “all so shocking to me” and recalled how she’d break down in tears behind the scenes on BBC Breakfast.

She said: “In a funny way, though, that helped with the healing process.

“I put my grief into a compartment which I kept separate from my work, otherwise, I’d have ended up in a puddle of tears. Work kept me going.”

She announced in May that Steve had popped the question and was flooded by support from friends, family, co-workers and viewers who watch her present the weather on BBC Breakfast.

Saturday Kitchen airs Saturday from 10am on BBC One.