Cobra Kai fans will see a lot more of the youngest LaRusso in season 4. Daniel LaRusso’s (Ralph Macchio) son, Anthony (Griffin Santopietro), had more of a background role in the first three installments. However, this time around, viewers catch an in-depth look at Anthony’s life and how Cobra Kai karate has affected his time in middle school. What is Griffin Santopietro’s age in real life, and how does that compare to Anthony LaRusso’s?

Many fans of the original Karate Kid films know how harshly Daniel experienced bullying at the hands of rival Johnny Lawrence (William Zabka). That’s why it’s so surprising to see Daniel’s son turn into a bully in Cobra Kai Season 4.

When a new student, Kenny (Dallas Dupree Young), arrives at West Valley Middle School, he quickly becomes a target to Anthony and his friends. In addition to publicly making fun of Kenny, Anthony and his friends catfish their classmate, making Kenny think he’s speaking online to his crush, Lia (Milena Rivero). They lure Kenny into a park and humiliate him before turning violent.

Of course, Anthony isn’t an outright cold-hearted person. On multiple occasions, he hesitates to go too far with bullying, and viewers can see that his actions might come from peer pressure.

“We try to make it where he’s not this inherent monster who just wants to hurt people,” Cobra Kai co-creator Hayden Schlossberg told Showbiz Cheat Sheet. “He’s just, like a lot of kids, in the rat race of popularity and just kind of goofing on a kid and not realizing what it’s like to be in that other kid’s shoes.”

Anthony LaRusso is experiencing middle school right now, but is Griffin Santopietro in the same boat? In December 2021, the actor revealed to Nerd Reactor that he was 15 years old. Meanwhile, The Karate Kid Wiki lists Anthony’s birthday as July 8, 2007, which makes the character 14 years old.

Although he’s still a young teen, Santopietro has stacked up quite a few acting credits so far. In addition to Cobra Kai, he’s known for his roles in the 2018 film The Week Of and a 2021 episode of New Amsterdam, among others. Santopietro will also appear in an upcoming movie, Terrifier 2, which is currently in post-production, per IMDb. 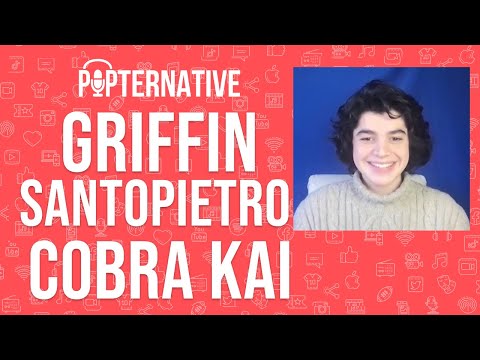 While speaking to Looper in January, Santopietro explained that he hopes teens learn a lesson from Anthony’s story in season 4.

Santopietro added that young teens should take time to find real friends who relate to them.

“Eighth grade is a very stressful year when it comes to social atmosphere,” he said. “So, I think it’s important for people to see that anybody can get caught up in this stuff. It’s just about finding who you are and finding your people.”