CHRISTMAS will be a real hoot in the Rooney household as wife Coleen has put up an owl-themed tree.

The mum-of-four, 35 took to Instagram to reveal the festive display in her Cheshire mansion today. 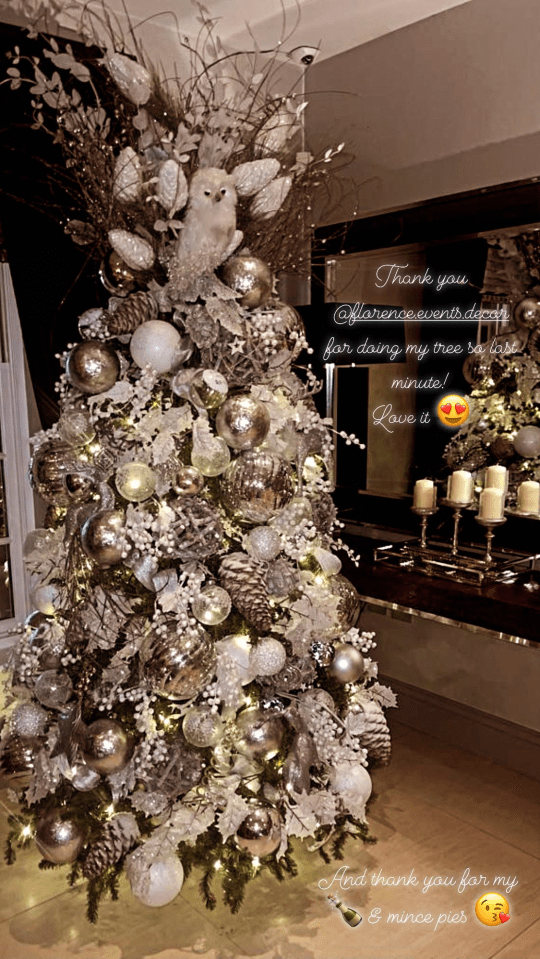 Coleen enlisted the help of interior designers to put together the stunning tree – which featured white and silver fir and frosted pine cones.

The tree, which appears to be in Col's lounge, is adorned with oversizedsilver baubles and oversized bows.

It also featured unusual decorations in the shape of an owl, which is placed at the top of the tree.

Coleen's festive decorations comes after she was spotted cosying up to husband Wayne on a rare night out together after a romantic spa weekend.

The couple were spotted on the red carpet for the world premiere of ROBBO: The Bryan Robson Story at HOME cinema in Manchester last month.

The mother-of-four looked stunning in a black jumpsuit, which she paired with shiny gold heels, large gold hoop earrings and a black leather bag.

Meanwhile, hubby and former footballer Wayne looked suave in a black suit and tie over a white shirt, completing his look with black shoes.

The couple were all smiles for their photographs as they were joined on the red carpet by football star Harry Maguire and his partner Fern Hawkins.

Coleen and Wayne looked lovingly towards each other and beamed smiles towards the cameras before heading inside to watch the film.

It comes weeks after the pair enjoyed some quality time together on a romantic £450 a night spa break in Yorkshire.

Coleen told her Instagram following they were having a "gorgeous couple of nights away" as she posted a photo of the pair having dinner.

The footie star and the television personality are staying at The Orchard at Grantley Hall, described as the "ultimate magical alpine retreat".

Last month, it was revealed that Coleen and Wayne had taken their relationship to the next level with an exciting new venture.

The WAG has invited her hubby on to her company as director and renamed it CWR 2021- standing for Coleen Wayne Rooney.

The move comes just a month after Coleen admitted for the first time she had forgiven Wayne for a series of booze and sex shame antics.

In a trailer for a new documentary Rooney for Amazon Prime, Coleen said: "I knew groups Wayne was hanging around. Together with alcohol…not good. I forgive him but it wasn't acceptable.”

The pair were childhood sweethearts and have been married since 2008. 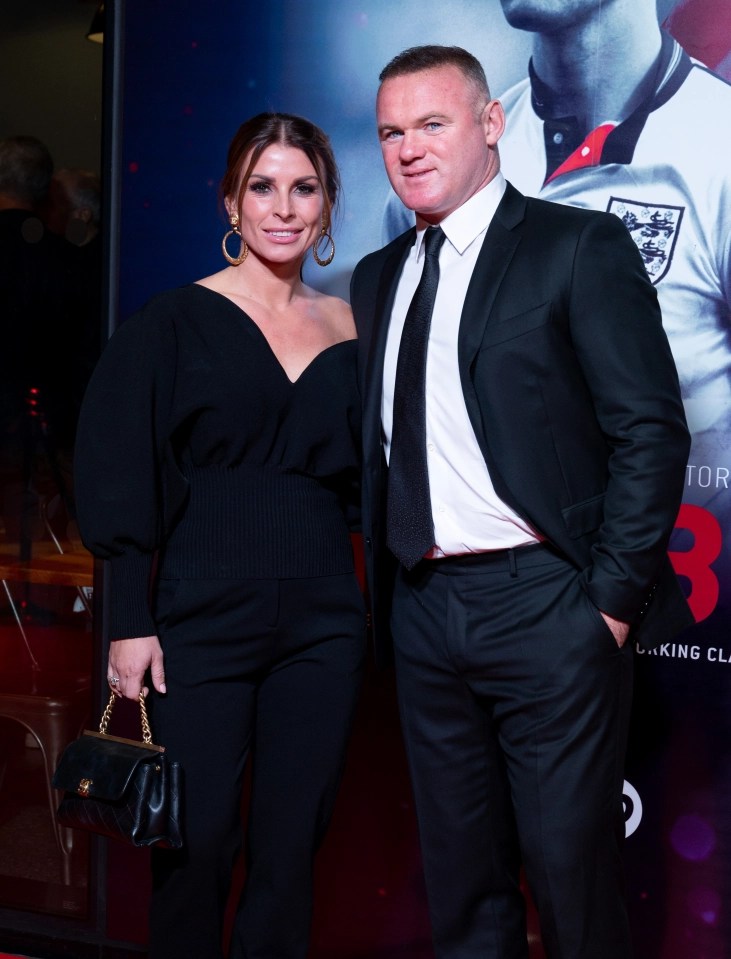