THE newest instalment in The Conjuring Series has been released on HBO Max this Friday (4 June, 2021).

Produced by James Wan and Peter Safran, The Conjuring: The Devil Made Me Do It was planned for a 2020 release but was delayed due to Covid.

What time is Conjuring 3: The Devil Made Me Do It on HBO Max?

The Conjuring: The Devil Made Me Do It dropped in theaters and on HBO Max this Friday, 4 June 2021.

It was made available at midnight in America and has hit the streaming platform at 8am in the UK. The horror film has already left fans "too scared to sleep and pee."

"One of the most sensational cases from the files of real-life paranormal investigators Ed and Lorraine Warren, a young boy is murdered and the murder suspect claims demonic possession as a defense for the first time in the history of the United States," writes the synopsis.

“The court accepts the existence of God every time a witness swears to tell the truth,” Ed Warren says in the trailer for The Conjuring: The Devil Made Me Do It.

“I think it’s about time they accept the existence of the Devil.”

The film is based on the trial of Arne Cheyenne Johnson, a murder trial that took place in 1981 in Connecticut.

On November 24, 1981, in Brookfield, Connecticut, Johnson was convicted of first-degree manslaughter for the killing of his landlord, Alan Bono.

According to testimony by the Glatzel family, 11-year-old David Glatzel was subject to a demonic possession which ultimately fled and took host in Johnson's body. 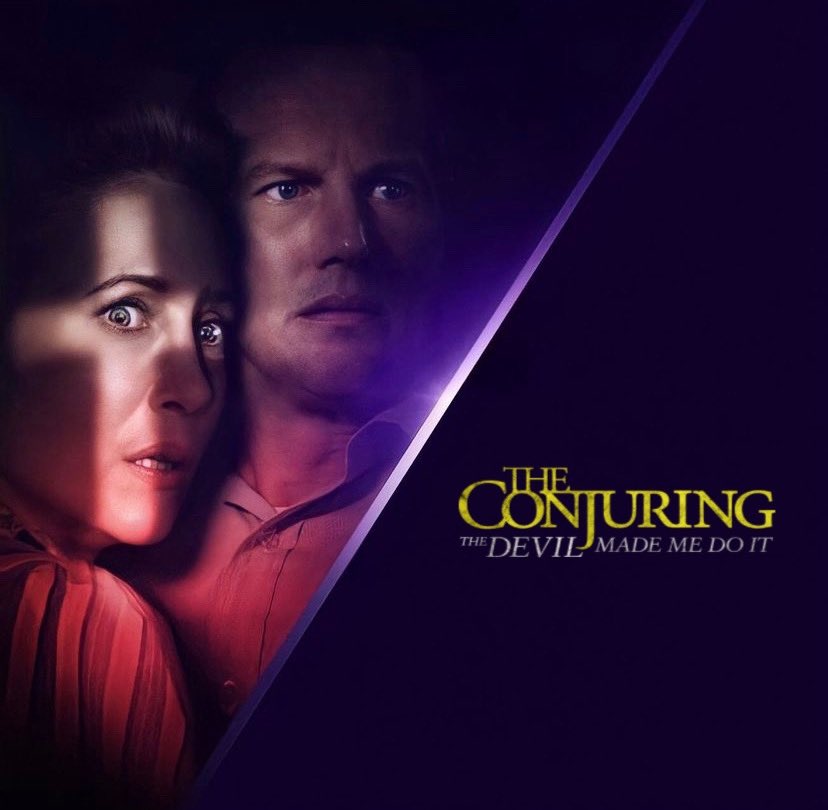 Several months later, Johnson killed his landlord during a heated conversation. His defense lawyer argued in court that he was possessed.

Johnson was convicted but only served five years of his 10-20 year sentence.

Who's in the cast?

Patrick Wilson and Vera Farmiga are reprising their roles as paranormal investigators and authors Ed and Lorraine Warren.

The third installment of the film series that have collectively grossed over $600 million worldwide to put them among the most successful horror movies of all time.

How can I watch The Conjuring: The Devil Made Me Do It?

Horror buffs will need to subscribe to HBO Max in order to stream the film.

An HBO Max subscription will cost you $14.99 a month. However, you can sign up for a free trial closer to the movie's release date to stream the film free.

The Conjuring: The Devil Made Me Do It will also be released in select theaters.