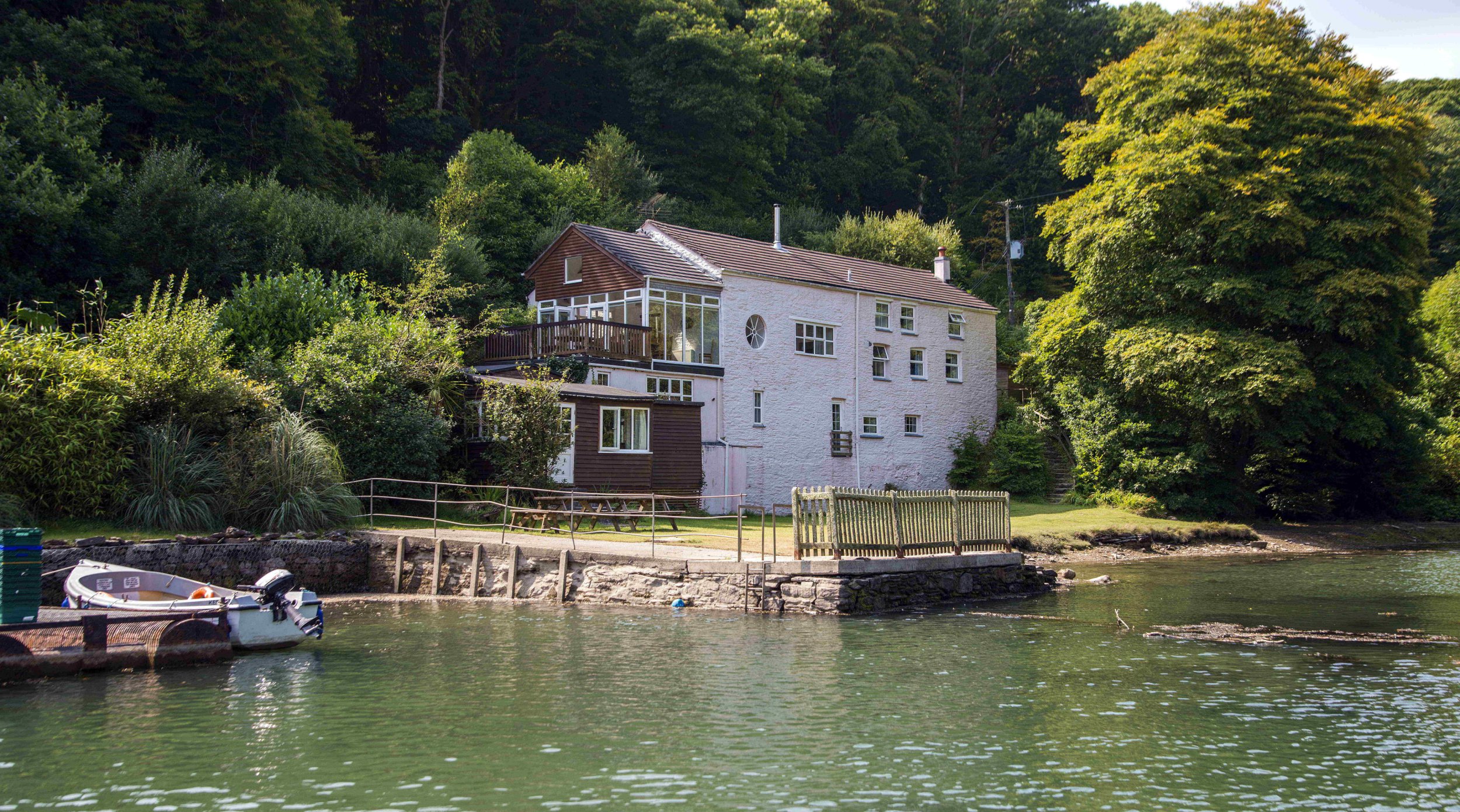 It’s tucked away in 32 acres of private woodland, and sits right on the waterside of a creek in Cornwall, just a mile from the sea.

Then, the home itself, which looks rather impressive even from the outside.

The secluded residence on the banks of the River Fowey is home to a recording studio, which played host to everyone from Oasis to Jessie J.

The property, called The Old Sawmills, sits in what was originally used by medieval merchants as a landing point from the sea.

Later, in the 20th Century, the spot of Bodmill Pill inspired novelist Kenneth Grahame’s The Wind In The Willows, while the woodlands surrounding the home were used to collect timber during the first and second world wars.

It wasn’t until the 70s that the property got new life as the Sawmills Studio, one of the first residential recording studios in the UK.

Packed with state-of-the-art equipment and vintage pieces, the studio within the home is made up of a control room, a machine room, a live room with two isolation booths, and a Juliet balcony.

Basically, it’s the perfect combo of creative inspiration and tech to actually record whatever musicians come up with.

The Stone Roses, Duran Duran, and Jessie J have all recorded there, while Oasis recorded Definitely Maybe at the studio and Muse developed Showbiz and Origin Of Symmetry.

Now, for the first time in 48 years, The Old Sawmills is up for sale through Strutt & Parker via OnTheMarket, with an asking price of £2,250,000.

As well as offering a slice of rock and roll history, the rare property opportunity makes for a rather lovely home.

The house itself has seven bedrooms and five bathrooms, plus all the fittings you’d want from a waterside dream home.

When you enter, you’re greeted by a spacious conservatory with a slate floor and stunning views of the woodland, as well as the main reception room, and an open-plan kitchen/sitting room with high ceilings, exposed beams, and a wood burner.

There’s also a utility room, boot room, and family bathroom – complete with a claw foot bath – on the ground floor, plus four bedrooms, two of which have en suite shower rooms.

The recording studio sits on the lower ground floor, where there are gorgeous views of the creek.

There’s also a separate lodge, which future owners could let out as a holiday home.

The house can only be access on foot or by boat, which makes it all very tranquil and secluded – perfect for getting creative.

Just half a mile boat ride away from The Old Sawmills is the Cornish village of Golant which is famed for its apple orchards and cider making.

The town of Fowey is also nearby and is home to many shops, pubs, and award-winning restaurants.

Helen Whiteley, director at OnTheMarket.com said: ‘This property really has one of the most unique stories to tell, having inspired some of the biggest names in music over the last four decades and it’s of course easy to see why.

‘Coupled with its size, breathtaking location and cultural significance, this home is truly fascinating and offers its future owners a tantalising piece of history to cherish for generations to come.’

Richard Speedy, head of Strutt & Parker’s Exeter office, adds: ‘It’s difficult to imagine a more inspiring or romantic location for a musician to “batten down the hatches” and create music, as the list of past artists at Sawmills Studio proves.

‘For someone looking for a complete lifestyle change or a more inspiring place to create music, The Old Sawmills offers this in volumes.’

Do you have a story to share? We want to hear from you.

Get in touch: [email protected]