Carla (played by Alison King) has been taking a back seat on Coronation Street of late after her dark past came back to haunt her earlier this year on the ITV soap. Throughout it all, Peter (Chris Gascoyne) has been by her side but recent weeks have seen him become more of a confidante for former lover and drug addict, Abi Franklin (Sally Carman). Despite her other half assuring her he isn’t having an affair, his reputation as a love rat of Weatherfield precedes him. Desperate to teach him a lesson after he betrayed her in the past, will the ruthless businesswoman take him for all he’s worth and leave him with nothing?

The drama kicks off next week when Abi struggles to make things up to her partner Kevin Webster (Michael Le Vell) after she confessed to stealing morphine from the hospital.

Her efforts prove fruitless when she tells Jack Webster (Kyran Bowes) to stand up to his bullies at school, but he ends up attacking another child.

With her other half telling the mechanic she can’t be trusted, she goes on the rails and heads over to the Rovers Return with a bottle of whiskey.

When she finally returns home, her boyfriend apologises for losing his cool with her and hopes they can pick up where they left things.

However, his sleuth of a sister Debbie Webster (Sue Devaney) becomes suspicious when she spots her brother’s girlfriend meeting with Peter in the ginnel and it’s not long before she’s interrogating the mother-of-three. 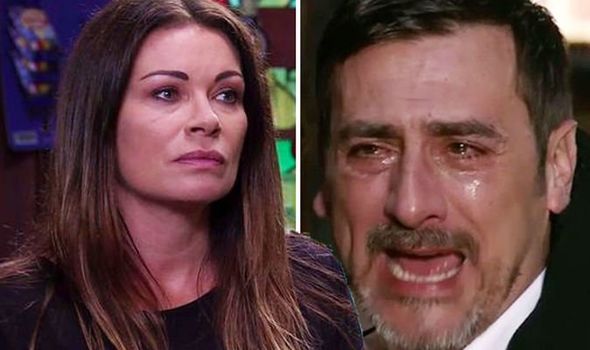 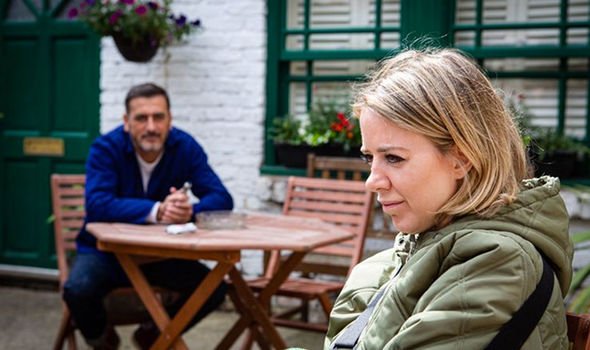 On the other side of the cobbles, Carla is also suspicious of what’s happening with her partner and his former lover when her step-mother Jenny Connor (Sally Ann Matthews) tells her Peter has been helping calm Abi.

Confronting her other half, the ruthless businesswoman learns he has cut ties with the troubled character and she hopes the drug addict will stay away.

Little does she know when Abi turned up at the Rovers with a bottle of whiskey, she tried to make a pass at the alcoholic.

The taxi driver thought he’d convinced his ex not to tell anyone but he’s caught off guard when Debbie tells him she knows all about the secret rendezvous and threatens to expose him to his girlfriend. 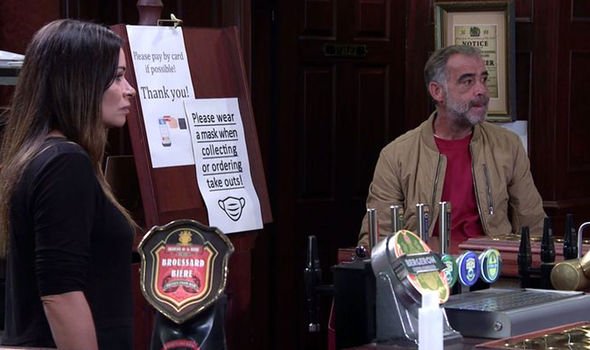 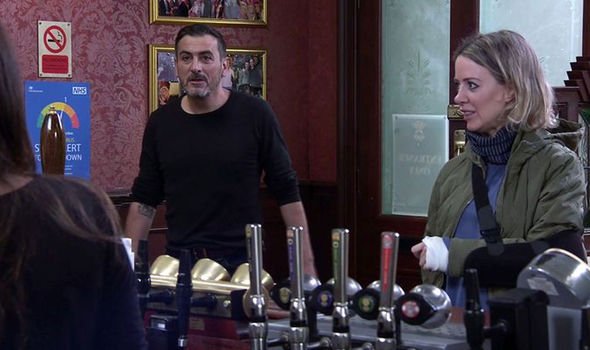 Peter is left furious with his former lover for going against him but believes he has to confess all before Debbie tells his partner.

Though the shoe will be on the other foot as the drug addict then pleads with her ex not to reveal what happened between them as she’s finally got Kevin back.

Although he knows it will be a betrayal of sorts, the taxi driver agrees not to tell Carla about the mechanic’s pass at him.

The mother-of-three expresses her gratitude to which he confesses he’s glad to have her to discuss his own addiction demons.

Later in the week, Abi tells Kevin and Debbie she is going to be spending the day with her son, Seb Franklin (Harry Visinoni).

What she had forgotten is she has a physio appointment for her arm injury and books a taxi to take her, only for Peter to be her driver.

Mary Taylor (Patti Claire) casually drops into conversation with Debbie she saw the pair going off together, leaving her even more suspicious about what they’re up to.

Not wanting her brother to be hurt, she tells him his partner is having an affair with Carla’s boyfriend, leaving him seething.

Heading over to the Rovers, Kevin tells Carla her partner has been cheating on her and is sleeping with former lover Abi.

Arriving at the pub, the mechanic and taxi driver trying to convince the businesswoman there has been a big mistake but the mother-of-three does confess to making a pass at the alcoholic.

Fuming with her other half, Carla tells Peter he is bored of a normal relationship and has once again gone looking for a damsel in distress he can seek comfort from.

In the coming days, her ex-husband Nick Tilley (Ben Price) will be wanting to sell his share of the Underworld Factory to help his step-son Oliver Battersby receive life-saving treatment.

Having relinquished her hold on the business venture after the roof collapse last year, Carla could make a bid to take it back.

However, with no money to hand, will she swindle Peter of his life savings to ensure she gets revenge on him for building a connection with Abi?