Ever since Scott Emberton (played by Tom Roberts) arrived in Coronation Street, fans have been desperate to figure out his connection to Carla Connor (Alison King). Johnny Connor (Richard Hawley) fled to France as soon as Scott turned up and has yet to return to face the music. However, could Scott’s identity finally be exposed as he warns Carla they share a potentially heartbreaking connection?

The pub landlord seemed keen to avoid the mysterious newcomer who has settled into Weatherfield in recent weeks.

However, speculation on his identity shifted on to Carla following his reaction to Jordan (James Boyland) and Chelsey‘s (Isobella Hubbard) attempted blackmail.

The pair demanded Carla pay them a large sum of cash or they’d reveal she’d slept with Jordan during the time she was away from the cobbles while she suffered a breakdown. 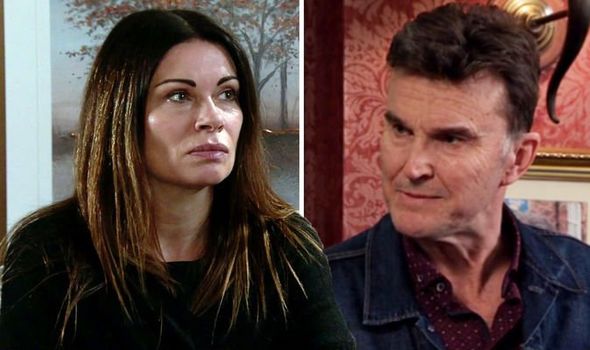 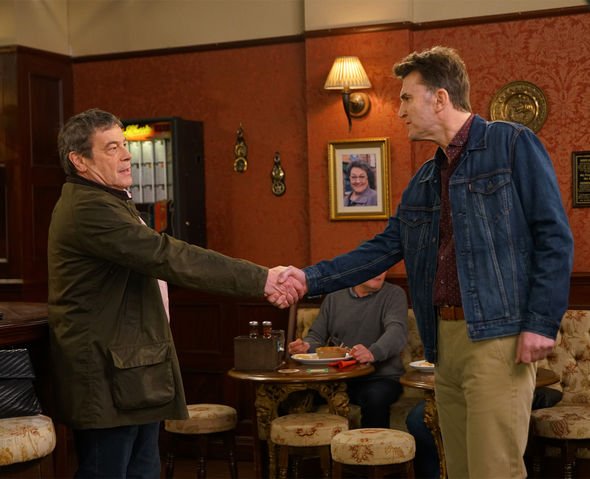 Carla initially agreed to pay but when the pair turned up at the Rovers Return, she changed her mind.

Carla announced to the Rovers punters, including Scott: “Sorry can I have your attention everyone, as you all know last year I had a breakdown and though I wasn’t as badly affected as some, it was a very dark period of my life one I’d hoped I’d put behind me.

“But then this pair turned up and it turns out that in my darkest point of that, I slept with this one in exchange for a roof over my head.

“I don’t remember much about it thankfully but now these charmers are trying to blackmail me,” she continued. 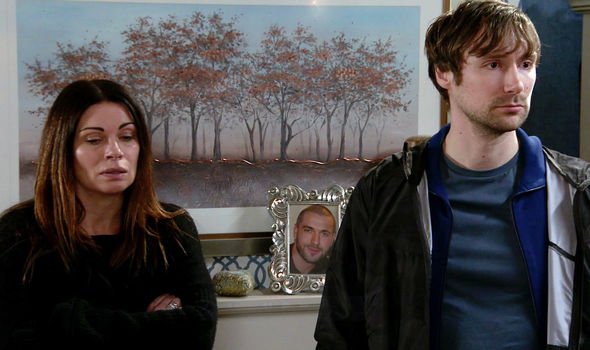 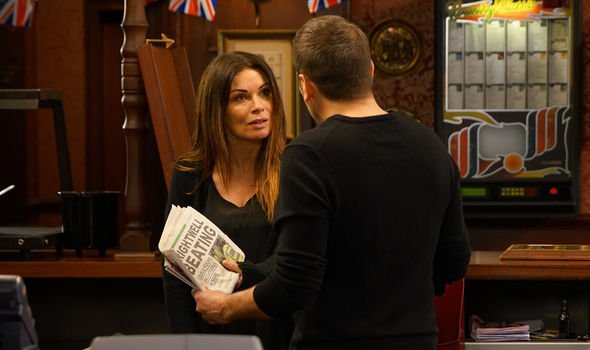 “Broadcast what I did, unless I hand over a grand to them only the thing about blackmail is, it doesn’t work if everyone knows the secret?”

All of Carla’s neighbours showed their support but Scott seemed unexplainably livid at Chelsey and Jordan.

However, Scott was later revealed to be the likely culprit as he exposed cuts and bruises on his knuckles.

Many Coronation Street fans believe Scott is Carla’s real father and has arrived in Weatherfield to deliver the news.

One said: “Anybody else think this Scott character is Carla’s dad and not Johnny? #Corrie.”

“I hope Scott is not Carla’s father. I think Carla has been through enough #Corrie,” another added.

A fourth wrote: “I was always a tad dubious that Johnny was Carla’s real father at first however I suspect Scott will turn out to be one of the dodgy guys Carla’s mum was seeing and he did something terrible that Johnny witnessed #Corrie.”

However, could Scott be preparing to deliver some devastating news to Carla that could impact her health?

If Scott is her father or a relation, he may be forced into revealing his connection to Carla because of a tragic health diagnosis.

Could the mysterious newcomer be suffering from a life-changing condition that could affect Carla as they’re related?