Ken (played by William Roache) has always had a soft spot for the ladies on Coronation Street, most recently courting hairdresser Claudia Colby (Rula Lenska). Unfortunately, their romance came to an end earlier this year on the ITV soap when they both realised they had very different thoughts about their respective futures. At the same time, the stalwart’s son Daniel Osbourne (Rob Mallard) has been enjoying getting to know Nicky Wheatley (Kimberley Hart-Simpson) and they seem to be heading towards a relationship. However, could the pensioner use his charisma to entice the newcomer away from her current love interest?

The stalwart has always been protective of his son’s relationships, having warned Sinead Tinker (Katie McGlynn) not to get involved with Daniel when they got together several years ago.

It seems he could once again cause trouble for the father-of-one by meddling in yet another relationship, only this time, betraying him in the process by having an affair with Nicky.

Speaking with Express.co.uk and other publications, Kimberley – who plays the newcomer – teased how Ken would react to meeting her character and whether they would get along.

“Ken might really like her when he gets to know her. He likes a feisty woman – he just likes a woman,” the soap star explained.

A problem might arise though if the pensioner were to see a resemblance to Sinead, the actress commented, which would lead to stalwart to worry whether the newcomer would be right for him. 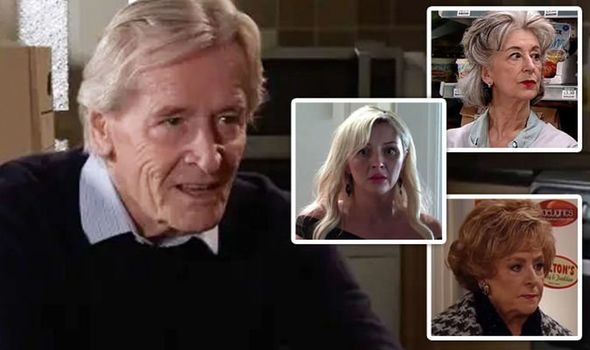 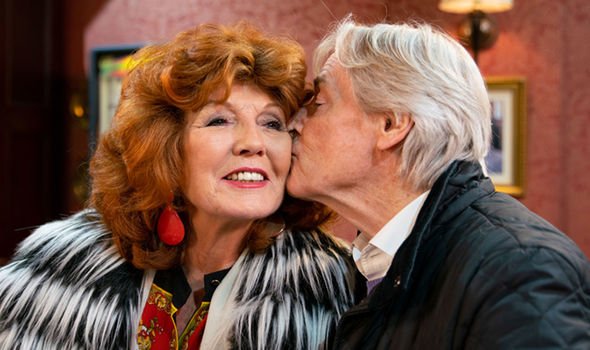 In order to get rid of her and help his son through what he believes to be another element of his grief, could the pensioner try to seduce her?

However, the act of betrayal could then see Ken actually develop feelings for Nicky as they begin a passionate affair.

It would then leave the stalwart and his son going head-to-head to try and fight for the newcomer’s affections.

With not only one, but two men willing to give her a better life, the mother-of-one would certainly have a dilemma on her hands. 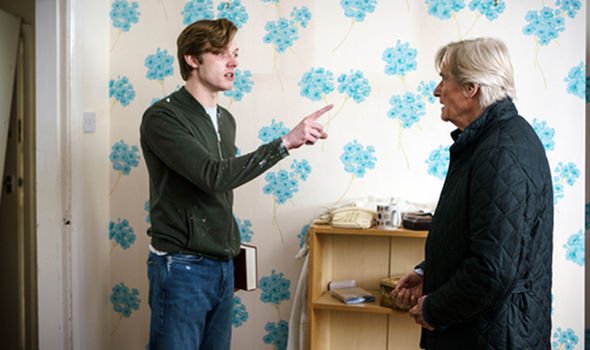 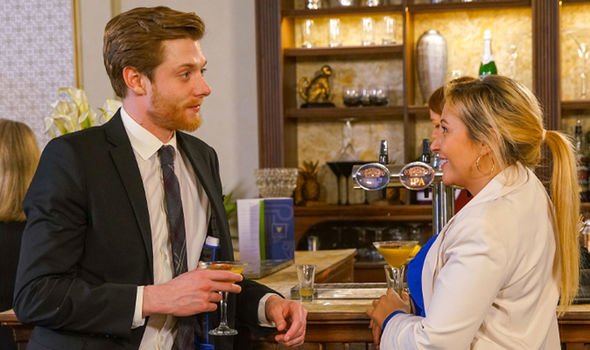 It’s not been revealed whether this plot twist will indeed happen but the beloved character will be back on-screen in the next few weeks.

In light of the coronavirus crisis and the national lockdown which was implemented back in March, actor William, 88, has not been allowed on set as he is classed as being vulnerable to the illness.

As a result, Ken hasn’t been seen on the soap for a fair few months but the official Twitter account for the weeknight serial drama teased his return ahead of the show’s 60th anniversary in December.

The picture shows the stalwart speaking with another character who has been absent for a while, Rita Sullivan (Barbara Knox).

After seeing the pair would be back on the cobbles soon, fans flocked to social media to share their excitement about their returns.

One viewer posted on Twitter: “I’m super excited to see them back on screen, welcome back,” with another adding: “This is amazing news! Hope you’re all staying safe and well!”

“Well this warms the very cockles of my heart, this does. #LegendsOnly,” a third commented with a fourth remarking: “Brilliant love these guys.”

A fifth opined: “Fantastic missed them on the show,” as a sixth shared: “Great news! In good time to film the 60th birthday celebrations.”

It was only earlier this year, to celebrate the soap’s 10,000th episode, Ken decided he was going to move onto pastures new.

Alongside Claudia, he moved into Still Waters retirement home and began proceedings to sell his home to daughter Tracy Barlow (Kate Ford).

Having broken things off with his partner, the pensioner put a stop to the sale and got his feet firmly back under the table.

However, he hasn’t been seen since so how has the stalwart been coping adjusting to life back on the cobbles?

Lad, 23, launches OnlyFans account with gran, 76, after ‘wonderful’ sex together