In tonight’s double-bill of Coronation Street, Nina Lucas (played by Mollie Gallagher) realised she and Asha Alahan (Tanisha Gorey) were on different paths emotionally and told the schoolgirl she thought they were better off as friends. Asha didn’t take the news well and may manipulate Kelly Neelan (Millie Gibson) into wrongfully telling the police she bought drugs from Nina instead of Simon Barlow (Alex Bain).

Dev Alahan (Jimmi Harkishin) was furious with his daughter when she asked for money to pay for a hotel room for her and Nina.

The businessman went straight over to confront Roy Cropper’s (David Neilson) niece but was mortified when she admitted she had no idea what he was talking about.

The misunderstanding led to Nina realising the age gap between herself and Asha was causing problems.

Nina told her girlfriend she cared for her but felt their friendship could be ruined if they carried on dating. 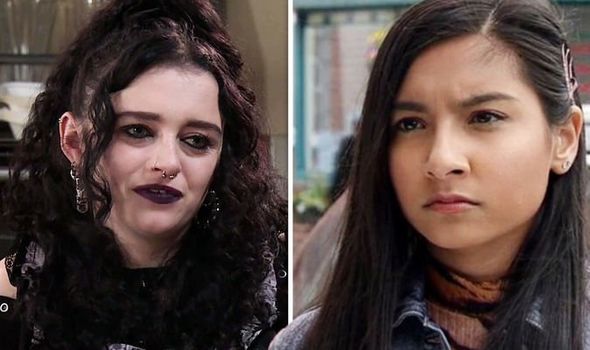 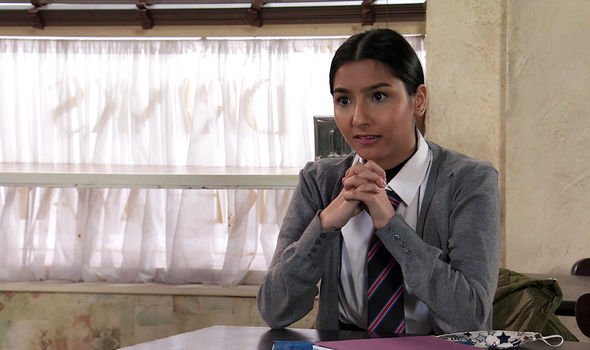 Asha shrugged off Nina’s comments and pretended she agreed while hiding her true feelings.

Later, the schoolgirl revealed she wanted to try out the drugs Jacob (Jack James Ryan) had been selling after meeting up with Kelly and Summer Spellman (Harriet Bibby).

Summer wanted no part of the plan but Asha convinced Kelly to get hold of the illegal substance.

When Jacob failed to return her calls, Kelly was given two pills by a reluctant Simon. 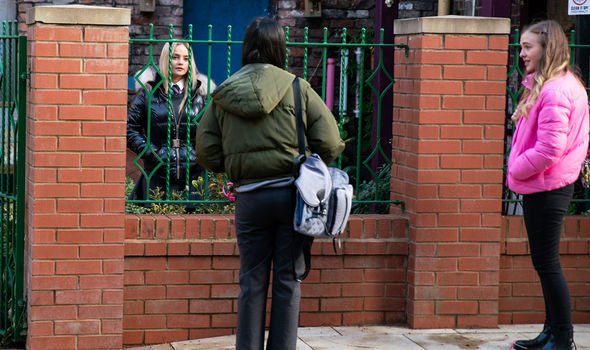 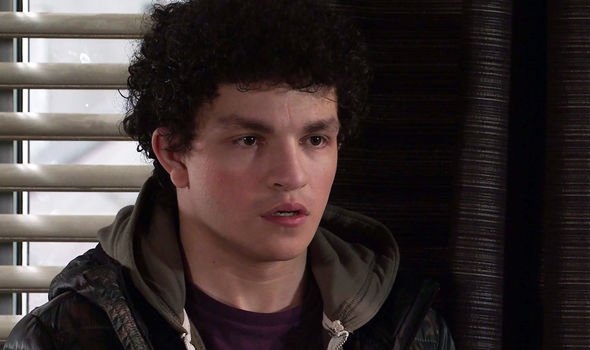 However, Asha and Summer were horrified when they found their friend passed out after taking one of the pills.

After Kelly was rushed to the hospital, Dev concluded Nina was to blame but was forced to apologise when yet again she was clueless about Asha’s actions.

Trying to get his daughter to open up, Dev said: “I didn’t know you and Nina had split up. You should have told me, I’m your father, I care.”

“I’m sorry, I know you liked her,” he continued. “I understand you wanted to let off steam but drugs?”

“I told you, I didn’t take anything,” Asha hit back and Dev asked: “So it was just Kelly, was it?”

“She was the one who got them,” she replied and he said: “Have you ever taken drugs before?”

“No, and I’m not going to, definitely not after today,” Asha said before telling her dad she would be safe but wanted to keep somethings secret from him.

An exasperated Dev urged his daughter to always be honest with him but Asha dismissed him.

The schoolgirl was clearly hurt by Nina’s words and could be looking for a way to get revenge.

She knows Dev is desperate to connect with her and may jump at the chance to blame Nina if his daughter swears she’s to blame.

Meanwhile, Kelly is close friends with Simon and made it clear she thinks Asha is better off without Roy’s niece.

Will Asha plant the remaining pill on Nina and convince Kelly to keep quiet about how she acquired the drugs?

Coronation Street airs on Mondays, Wednesdays and Fridays on ITV at 7.30pm.