Maria Connor (played by Samia Longchambon) was suspicious when Tyrone Dobbs (Alan Halsall) told a different story to the one Sarah Platt (Tina O’Brien) had described after Gary Windass (Mikey North) was hit by a car. But, in upcoming scenes of Coronation Street, to keep Maria from asking any more questions, Sarah’s behaviour could take a sinister turn.

Maria was devastated last week as she sat in the hospital waiting room with Sarah and Adam Barlow (Sam Robertson), anticipating any news about the state of Gary.

Maria said: “I think I’m just in shock. So you just walked out in the path of the car and he pushed you out of the way?

“So, really Sarah, Gary saved your life,” she smiled.

Sarah kept quiet, but when Tyrone explained Sarah had been running away from Gary, Maria wanted to know why. 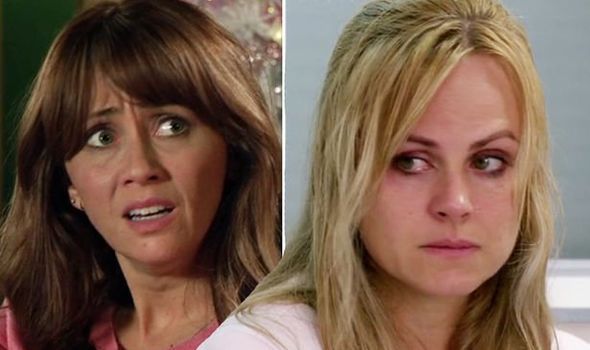 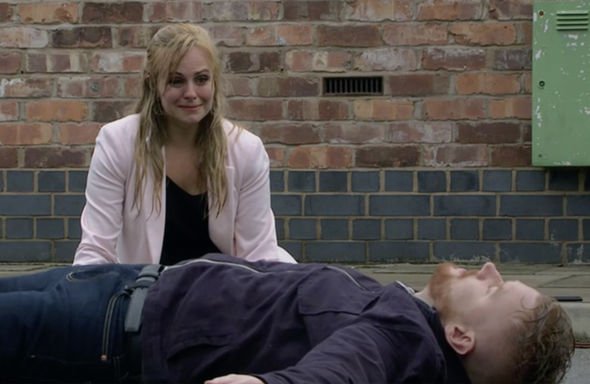 Maria said: “Why were you running? Why was Gary running after you? And why would you lie, Sarah?”

But, when Sarah agreed to not tell the police Gary had killed Rick Neelan (Greg Woods) last year, it left her in a vulnerable position.

More and more people are starting to ask questions about what is really going on.

Adam knew the accident was somehow connected with Rick and Maria believed the two were having an affair. 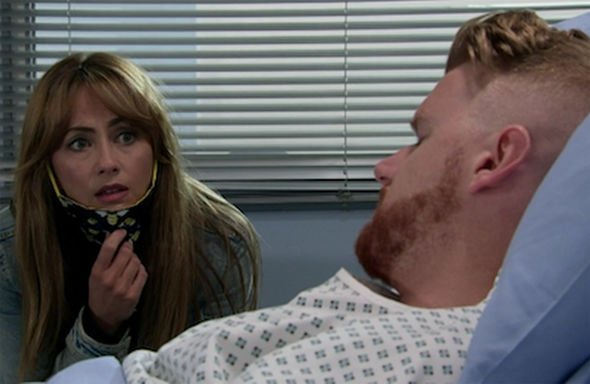 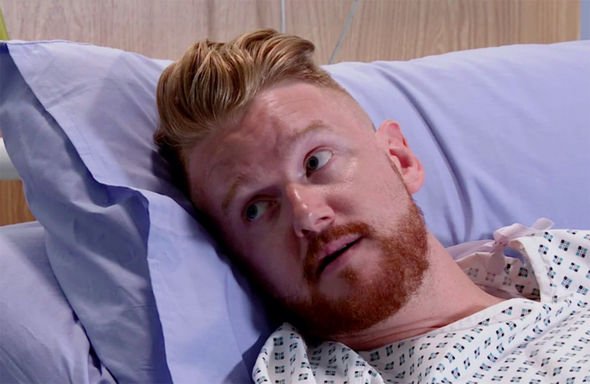 So if, and when the truth about Gary is exposed, Maria is likely to be the first one to confront Sarah.

But, Sarah is a woman on the edge at the moment, what with a crumbling new marriage and an ex who still loves her, so she could act out without much thought.

Maria has always got to the bottom of Gary’s lies one way or another, but this one is going to hit the hardest after months of the loan shark lying to his fiance’s face.

Sarah could threaten Maria’s life, if she were planning to upend her own, but is Maria so easily swayed?

If Sarah were to mention how much of a lie Gary and Maria’s relationship had always been, maybe she could emotionally manipulate her out of telling the police.

Sarah could even tell Maria everything, just so she wasn’t the only one involved if they ever were found to have known.

But, with Gary looking to flee Weatherfield for good, could he really leave Sarah to deal with this all alone?

And, will the young woman be forced to act on instinct in a bid to stop people asking questions?

It remains to be seen whether or not Maria, Sarah, or Gary will make it out of this alive.

Elsewhere on the cobbles, Geoff Metcalfe (Ian Batholomew) could find himself double-crossed in upcoming scenes and Sally Metcalfe (Sally Dynevor) and Alya Nazir (Sair Khan) go behind his back for answers.

With Yasmeen Nazir’s (Shelley King) trial date still up in the air after her recent heart attack, it has given Sally and Alya time to try and find more evidence.

But, after Elaine Jones (Paula Wilcox) went missing last week, this threw a spanner in the works.

Did Elaine really go missing though, or could this all be part of Alya and Sally’s plan to free Yasmeen once and for all?