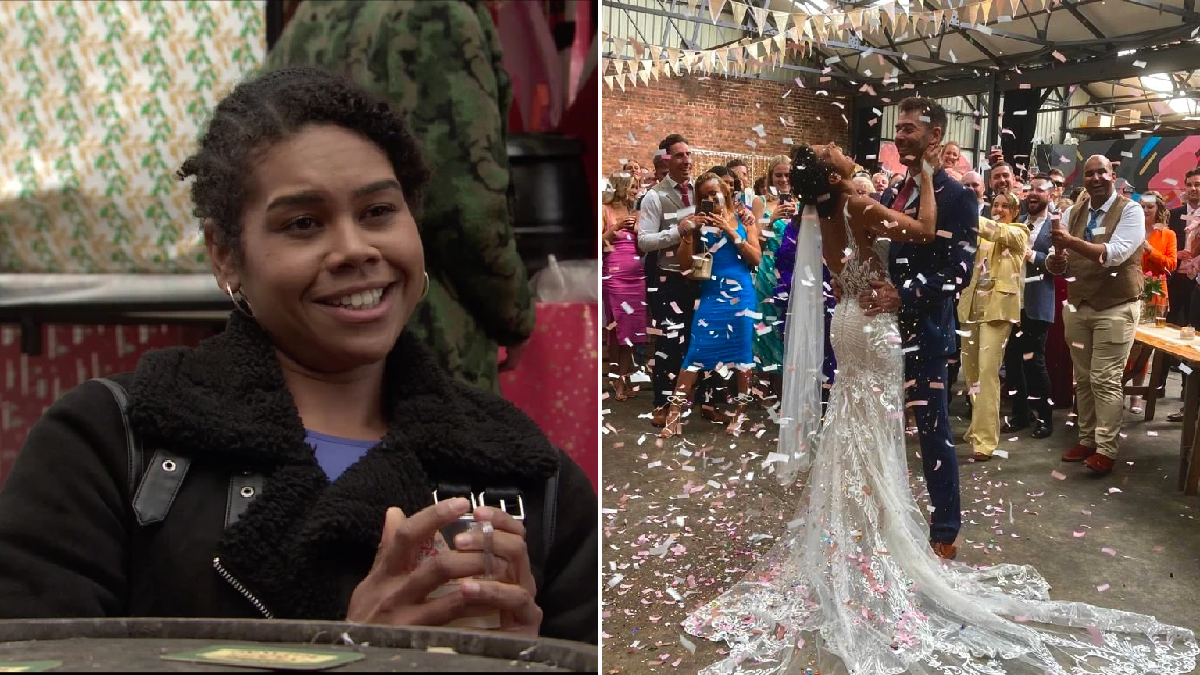 In a series of gorgeous pictures posted on her Instagram, Coronation Street star Kate Spencer, who played scheming Grace Vickers, has celebrated her marriage to boxer Paul Walker.

The photos in her Instagram Stories include the couple’s first dance together after the wedding ceremony, as confetti rains down on them. Kate is wearing a beautiful white lace dress with a long train and the groom is in a suit and tie. In another shot the couple are seen cutting the cake.

It looks like an incredibly happy day surrounded by friends and family and a clearly loved-up Kate has posted pictures of her and her husband the next day. It’s captioned, ’The morning after the day before, and the 23rd hour of being Mr and Mrs Walker.’ She’s wearing white dungarees with ‘Mrs Walker’ embroidered on the bib.

A year ago Kate announced her engagement on Instagram, describing the proposal: ‘After the Tomahawk steak, before the Tiramisu, and with a coffee in hand, he turned me into an absolute blubbering mess. A million times over, completely and utterly yes.’ A beaming Kate shows off the ring in the accompanying photos, alongside an equally happy Paul.

Kate caused quite a stir in Coronation Street as Grace Vickers, the ex-girlfriend of Michael Bailey (Ryan Russell). She committed paternity fraud against Michael by pretending that he was the father of her daughter Tianna, until it was revealed that she was only Tianna’s nanny and not her mother.

The pair later had a daughter, Glory, but Grace threatened to take Glory away from the street unless Aggie (Lorna Laidlaw) and Ed (Trevor Michael Georges) paid her off.