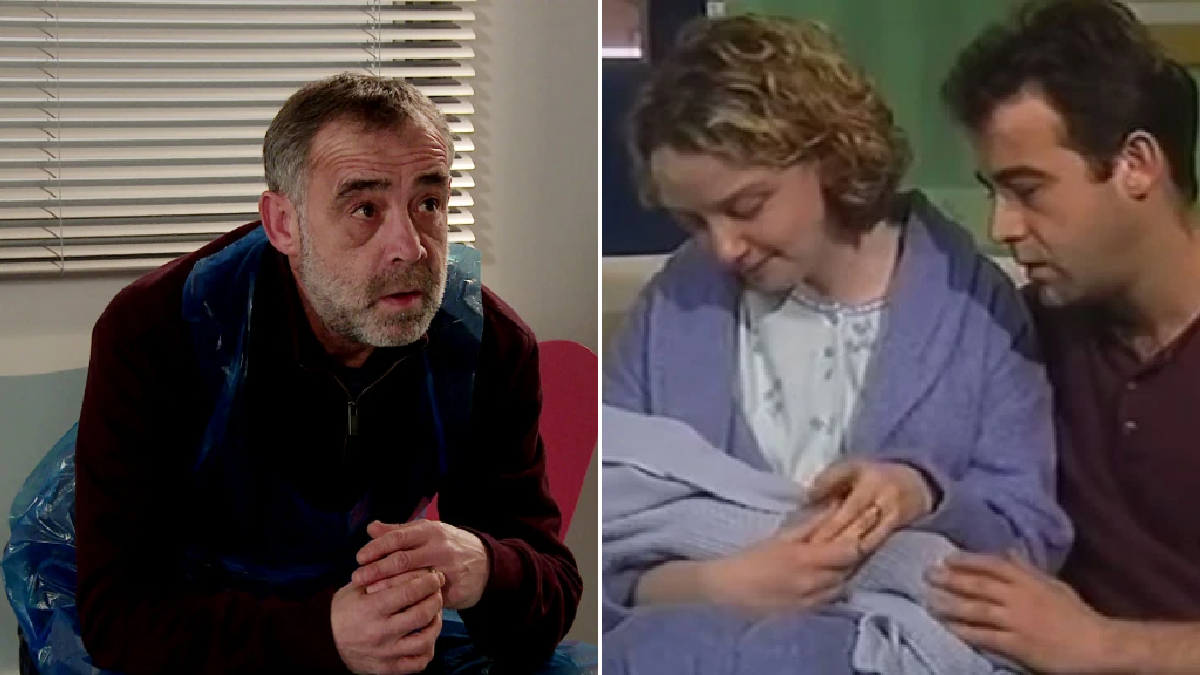 The character has certainly been through a fair few journeys in his time on the show, and is now facing more turmoil as wife Abi (Sally Carman) kidnaps baby Alfie.

With Kevin standing by the woman he loves, he agrees to conceal her plans but as things spiral out of control, disaster will strike.

It’s not Kevin’s first brush with disaster though. His marriage to Sally (Sally Dynevor) was awash with conflict and he also had a controversial affair with Molly Dobbs, who gave birth to his son Jack.

Michael recalls many of his storylines well and has told Metro.co.uk that Corrie remains his dream job four decades out.

But some of the more emotional scenes stand out, with the actor recalling a hardhitting storyline where his and then wife Alison’s son Jake died just after being born.

The devastating scenes in 2000 saw Kevin and Alison being left broken by the life shattering loss.

Traumatised Alison went on to take Bethany, the newborn baby of Sarah Platt and, when Kevin tracked her down and she handed her back, Alison then took her own life in front of his eyes.

Kevin then had to face the double funeral of his wife and his baby son, and some of Michael’s most difficult scenes saw him open up to Sally on one of the hardest days of his life.

‘Someone came up to me in Costco the other day and two people had been watching the old episodes and it was the one where baby Jake died,’ the star told us.

‘I have that scene with Sally where I broke down and there’s that line where I say, “what am I supposed to do with all this love?”. It was really emotional stuff. And it all just came back to me.

‘I love doing those strong storylines where there’s emotion.’

And Michael recalls other plots that stand out for him over the years.

He continued: ‘When Sally had to tell Kevin she got breast cancer – that was one of those things because Sally was going through it herself.

‘There’s the scenes where I move in with Hilda Ogden and she hated Sally at the beginning. Then saving Bet Lynch from the fire… The live episodes – I wasn’t in the first one and I was gutted. Lots of happy times.’

And he still can’t believe he has remained in the show for so long. But he wouldn’t change it for the world.

He grinned: ‘I love it. Absolutely love it. Well, what’s not to like about it? You know, you get different scripts every week.

‘And I’ve actually been blessed with the actors I’ve been put with, which made my job so much easier.

‘It’s not like coming into work when you work with Sally Dynevor and Sally Carman and Joe Duttine as well.

‘I’ve been blessed. It’s a shame Brooke and Helen decided to leave and have babies!’