BBC Breakfast saw Louise and Dan deliver a divisive segment this morning when their co-host Nina revealed she was going to be delving into the festive season, despite it only being the beginning of September. But with the hosting pair clearly unconvinced by the discussion of Christmas, Nina cut off her report, telling them: “Oh no! Well, I’m off for a sherry and mince pie, you’re miserable!”

Nina was at a store in Liverpool which had already been draped in Christmas decor, for the public to purchase.

Prior to joining her co-star via video, Dan said: “I genuinely can’t believe we’re about to talk about the next subject.”

“Both of us saw the headline and thought it was too much, 114 days to go, it’s time to talk about Christmas,” added Louise.

Nina was excited by the festive report, which led Louise to say: “Even though we think it’s early for Christmas, you clearly love it!” 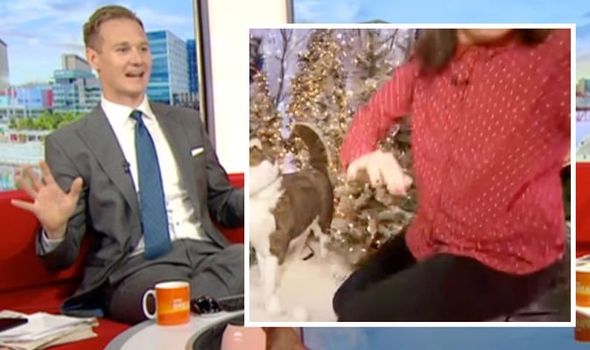 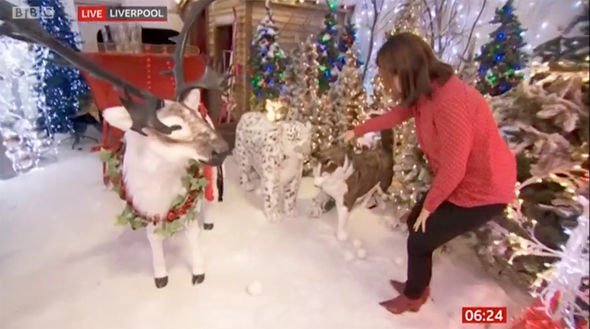 The presenter replied: “It’s what sorry? Look at these animals! Honestly, Louise, I love Christmas so much I can’t even tell you, look at these eyes!”

“The journalist Grace Dent is up early this morning Nina and her response is to simply say, ‘Dancing through the NO,’ in capital letters,” Louise shared.

However, sensing they weren’t so keen on what she had to report, Nina jokingly cut off the segment. 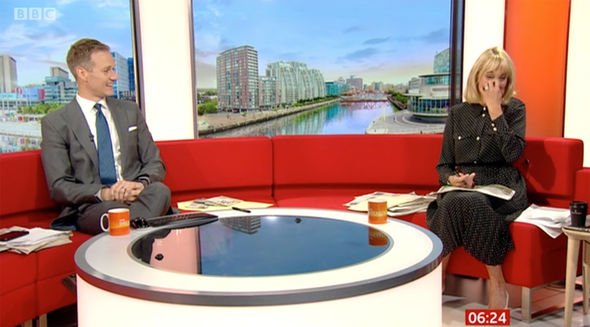 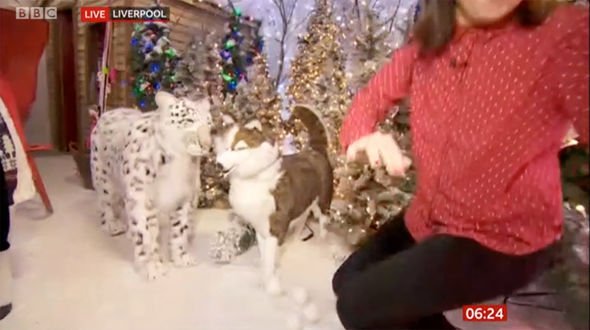 She told her co-stars: “Oh no! Well, I’m off for a sherry and mince pie, you’re miserable!”

Louise laughed at Nina’s actions and went on to further mock the light-hearted segment.

She told viewers: “If you’re really looking forward to celebrating Christmas, do get in touch because we’re not… well for once, we actually agree on something.

“We’re not convinced, we are convinced it’s too early!”

Dan added: “It’s September 2nd! Also, you know sometimes you wake up a bit bleary-eyed and turn on BBC Breakfast, thinking ‘What on earth is going on?’”

Elsewhere on the programme, the hosts made a historic Strictly Come Dancing announcement.

Olympic boxing champion Nicola Adams was revealed as the sixth star to be waltzing onto the Strictly dance-floor later this year.

Louise told viewers Nicola would be taking part in the first same-sex competing pairing in the show’s history.

Nicola explained that upon being approached by producers, she had asked to compete alongside a woman.

She added later on: “I think it’s really important, I think it’s definitely time for a change, a time to move on and be more diverse.

“A brilliant step in the right direction and nice for the LGBT community to see same-sex couples on the show as well.”

BBC Breakfast airs daily from 6am on BBC One.