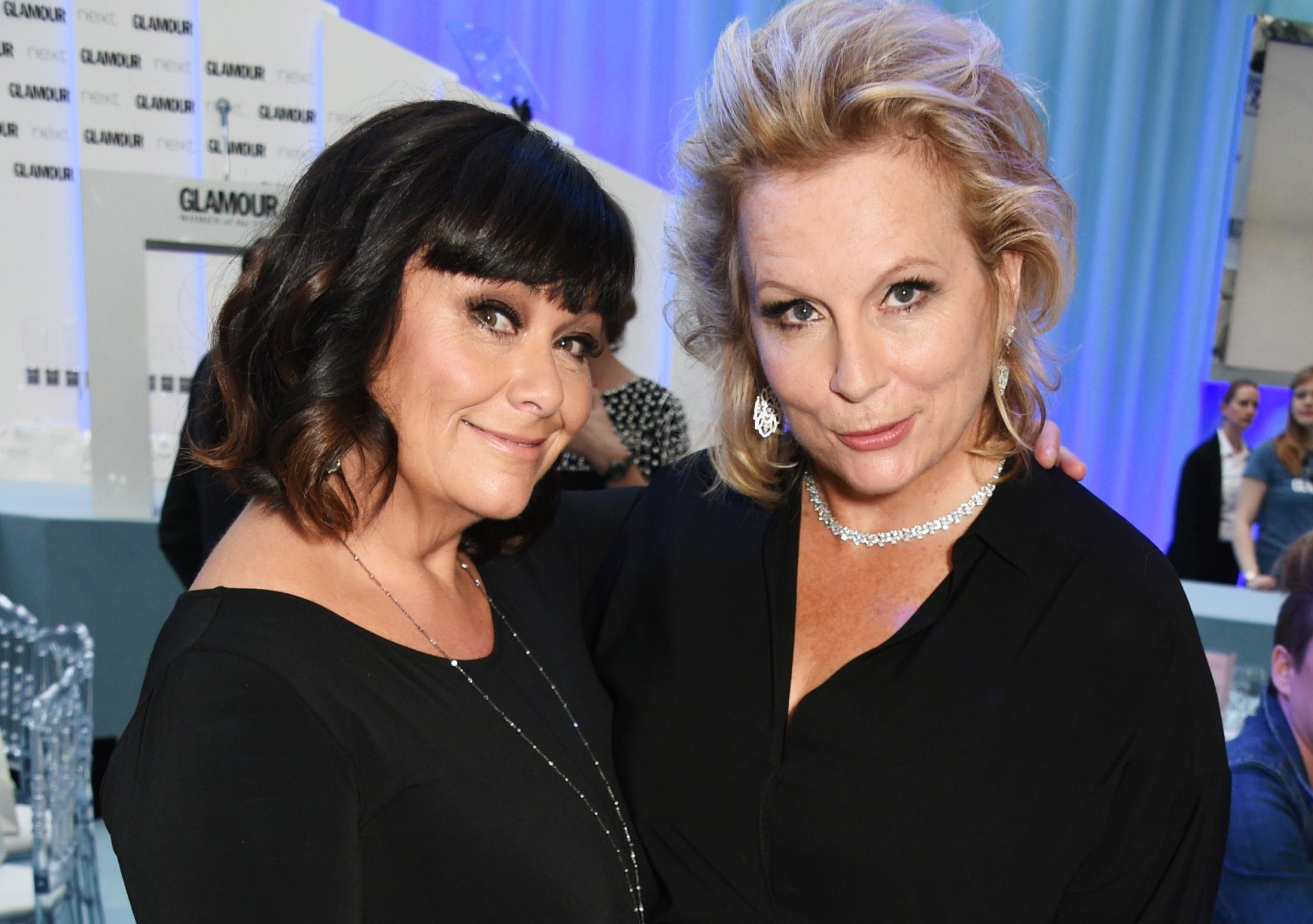 Dawn French has revealed that there’s no chance her beloved BBC sitcom French And Saunders will be revived.

The 64-year-old actress and comedian starred opposite Jennifer Saunders in the famous sketch show, which ran for 20 years.

While fans have been holding out hope that the series will return in some capacity, Dawn has said she’s not interested in breathing fresh life into the double act.

‘We both have the same tattoo, which we got on the very last night of doing our double act,’ Dawn said of her friendship with Jennifer in a YouTube interview.

‘We were on tour in Auckland in New Zealand, and we knew we wouldn’t be touring our double act again. I mean, you know, here I am saying that and that was lots of years ago.

She continued: ‘There’s lots of things I’d love to do with her.

‘But doing sketches on telly, I think we’ve had our moment with it…though she’s trying to persuade me to do some more.’

Dawn and Jennifer first rose to prominence in the 1980s before doing their own massively popular sketch show French & Saunders.

More recently, they have worked together on their podcast titled Titting About, in which they discuss different topics with hilarious anecdotes and of course a lot of banter.

In August, they both jokingly pitched a new sitcom called Loose Trousers, with the premise that comfort is a top priority.

‘Funnily enough, making jokes about a kind of sitcom that would have us in loose trousers and filming close to home and having plenty of snacks on demand started us thinking: “Well actually, that wouldn’t be such a bad thing,”’ French explained in an interview with RadioTimes.com.

‘And then we did have a conversation. We had lunch the other week and we were talking about what might be possible. But I think nowadays the thing that would be a priority for us is for it to be good fun. There isn’t really another reason for us to do something unless it’s fun.’