Death in Paradise has returned to BBC One as DI Neville Parker (played by Ralf Little) continues to get to grips with working and living in Saint Marie. Although the coronavirus pandemic led to many TV shows postponing filming, Death in Paradise carried on with production albeit with a slight delay. However, Commissioner Selwyn Patterson star Don Warrington has addressed a huge change he was forced to make for season 10.

Usually, several of the Death in Paradise cast jet back and forth from Guadeloupe during the filming period.

However, travel restrictions meant that was impossible last year leading to Don staying on the island for the duration of filming for the first time.

Speaking ahead of the series return, Don told Express.co.uk: “This year it’s very different because this year was the first year I stayed from the beginning to the end.

“Normally I go back to the UK but not this year. I’m not a nature person, I’m an urban person, I like concrete. I like cars and I like noise.”

Read more: Death in Paradise: Why was Danny John Jules snubbed for return? 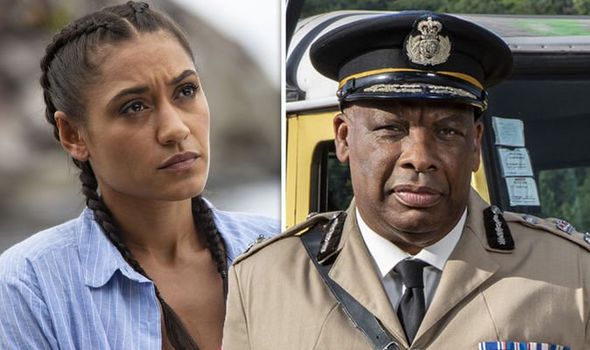 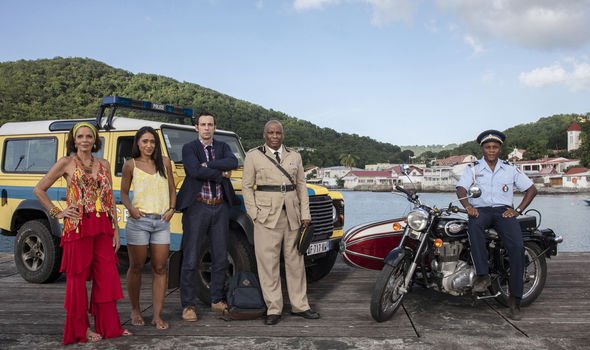 “But this year I had a villa and I had a garden. And it’s transformed my life. I can sit in the garden for hours.

“And I watch nature. And the thing we forget is that nature is incredibly busy.”

“There’s stuff going on in my garden that you would not believe. I’ve seen things that have just blown my mind,” Don continued.

The Death in Paradise star shared an encounter he observed in his garden that made him appreciate spending time on the island.

“I was in my garden,” he shared. “And I have a cat. In fact, I have two cats. And I was just sitting there, And I saw this frog, a big frog. 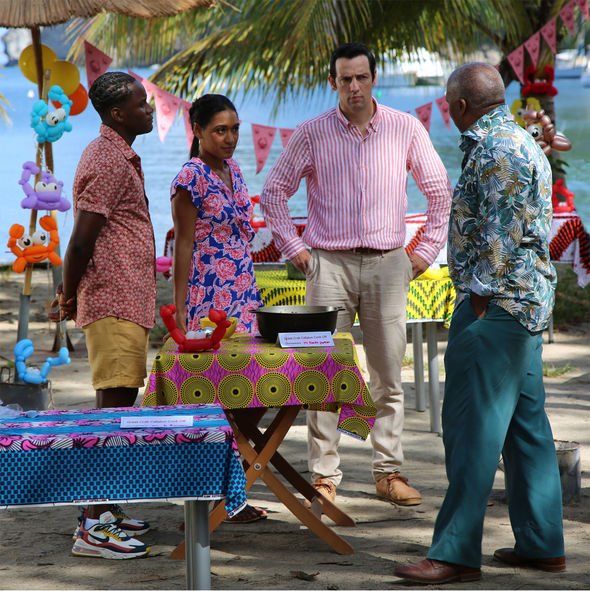 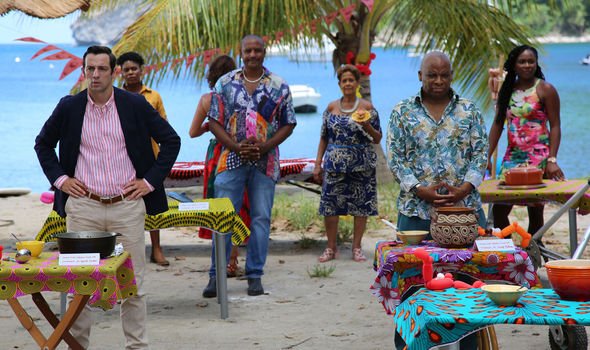 “He came up from under the decking, and there was a mouth just within its range, and its tongue, shut out caught the mouth ate it.

“But behind the frog was a huge cat who picked up the frog and lifted it in the air sparked its back legs and disappeared under the decking.”

“And I tell you that was nature, just blew my mind,” he added.

In the same interview, Don and Ralf addressed Neville and Selwyn’s complicated relationship.

The pair failed to see eye-to-eye when Neville first arrived on the island and season 10 didn’t get off to a great start for the pair.

The Commissioner reached out to DS Florence Cassell (Joséphine Jobert) and invited her back to rejoin the Saint Marie police form.

Don remarked: “I compare [their relationship] to sort of a marriage really, we have good days, we have bad things.

“We can have more bad days than good. So the dynamic of our relationship keeps changing.”

“There is simmering tension,” Ralf joked. “Tim [Key, Executive Producer] mentioned that there are no sex scenes but we’ve got big plans for next season.

“Me and Don there’s a simmering tension there and who knows we might go in a whole different direction.”

Will Selwyn decide Neville isn’t up the job and suggest Florence is promoted to lead detective?

Or could season 10 see Selwyn replaced after making a huge mistake with a case?

Death in Paradise continues on BBC One on tonight at 9pm.