Fox’s first-responder drama 9-1-1 closed off its fourth season taking in the top rating (1.0 Live+Same Day rating in the adults 18-49 demographic, 5.99M viewers) of Tuesday night, an evening which featured not one, but four, other finales.

Following the 9-1-1 season four finale was the 9-1-1 Lone Star season three finale which drew in a 5.04M viewers and an 0.8 rating, besting the other three finales of the evening. Competing in the same time slot, The CW’s Black Lightning closed off its fourth and final season with a total of .50M viewers and a 0.2 rating, seeing approximately 4% dip from its season four premiere viewership (0.2, .52M).

Also in the 9-10 p.m. time slot, All Rise closed off its second and final season , after being cancelled at CBS earlier this month, with a 0.4 rating in the 18-49 demographic and 3.17M viewers, two tenths down in ratings and a 23% dip in viewership from its season two premiere. Its buzzy all virtual season one finale brought in a 0.6 rating and 5.06M viewers.

Airing from 8p.m. to 10 p.m., NBC’s The Voice garnered a 0.7 rating an 6.33M viewers taking viewership victory ahead of its splashy season finale Tuesday evening. Former judge Adam Levine will return to The Voice stage after leaving the series in 2019 to perform with Maroon 5.

NBC’s sci-fi drama Debris, whose fate still remains unknown even after the upfront presentations, closed off its first season with a finale of betrayal and a surprise reveal (0.3, 2.48M). However the twists and turns of the Riann Steele and Jonathan Tucker-led series were not enough to make it top its time slot, when ABC’s The Good Doctor drew in 3.86M viewers and a 0.6 rating in the 18-49 demographic. Ratings-wise the Debris finale matched with a re-run of CBS’s Bull (0.3, 3.16M). 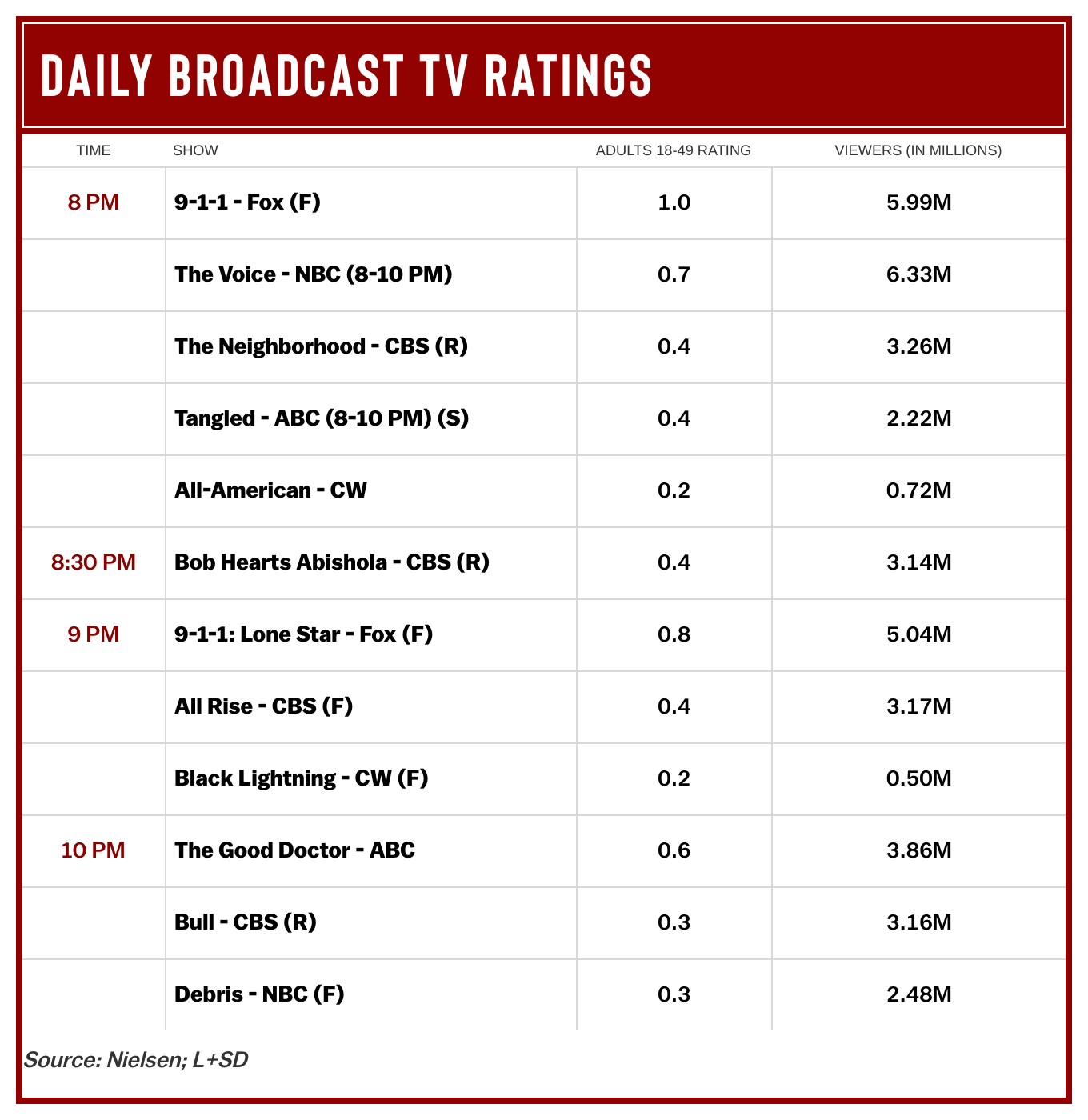