Since last weekend, all we’ve heard from exhibition, big and small, is that Demon Slayer is selling out. Buzz is that the anime feature, based on Koyoharu Gotoge’s manga and the 2019 TV series, is outselling New Line’s Mortal Kombat 4 to 1 at AMC. Anecdotally, one dad I spoke with last night told me it was challenge to get tickets for him and his son this weekend to the pic which is booked at around 1,500 theaters. Demon Slayer will have previews tonight and count Imax and PLF screens in its run before giving them up to Mortal Kombat on Friday.

But will Demon Slayer beat Mortal Kombat at the B.O.?

Logically, no, given that Warners has spent more in P&A and Funimation is relying on a well-oiled social media marketing connection with its fans. Recent iSpot figures show that WarnerMedia has spent over an estimated $6M in TV ads to date for Mortal Kombat yielding 470.4M impressions versus Funimation’s under $100K spend for 5.3M ad impressions on Adult Swim during such shows as Rick and Morty, Family Guy, Boondocks, Birdgirl and Family Guy. Current industry projections indicate $8M-$10M for Demon Slayer versus an estimated $10M-$12M start for Mortal Kombat at 3,073 theaters (a pandemic high in regards to bookings). Already, from a release last year in Japan, South Korea, Hong Kong, Australia, New Zealand and more, Demon Slayer has rung up $435M overseas to date per sources.

For the record, Demon Slayer planted its flag first in the weekend ring before Mortal Kombat entered. Warners decided to delay Mortal Kombat a week to give Godzilla vs. Kong some breathing room. There was also hope that parts of Canada, such as provinces Ontario, Alberta and Manitoba would be reopening theaters. That’s not the case and Mortal Kombat will be given a PVOD release in the Great White North in addition to limited theatrical.

Don’t discount the love out there for Mortal Kombat among videogame players and fanboys. Many consider this latest R-rated take from filmmaker Simon McQuoid as justice to the Midway game-created franchise. The first movie, rated PG-13, opened to $23.2M at the domestic B.O. in mid-August 1995 (a high start for back then) and finaled at $70.4M domestic, $122.1M WW. Before Warner Bros. dropped the red-band trailer for James Gunn’s The Suicide Squad, Mortal Kombat broke the first week record for that type of trailer with 116M views worldwide as Deadline first told you. Mortal Kombat will have the added powers of 295 Imax auditoriums, 625+ PLFs, 100+ Motion Theater venues, with more than 7K private watch parties booked.

Funimation anime titles of late have had a tendency to be front-loaded at the B.O., which makes projections a bit hard to figure.  Their 2019 MLK weekend release Dragon Ball Super: Broly opened to $7M at 1,250 locations on Wednesday, Jan. 16 that year, easily notching the No. 1 spot among all films for that day. The pic continued to post a 3-day of $9.8M, 4-day of $11.95M and six-day run of $22.3M for a No. 4 rank against Universal’s No. 1 title Glass ($46.5M). Dragon Ball was only in wide release for two weeks before finaling at $30.7M after five weeks.

In regards to Demon Slayer‘s prospects, Funimation Global Group CEO Colin Decker tells Deadline, “I wouldn’t be so quick to assume it will be front-loaded.” 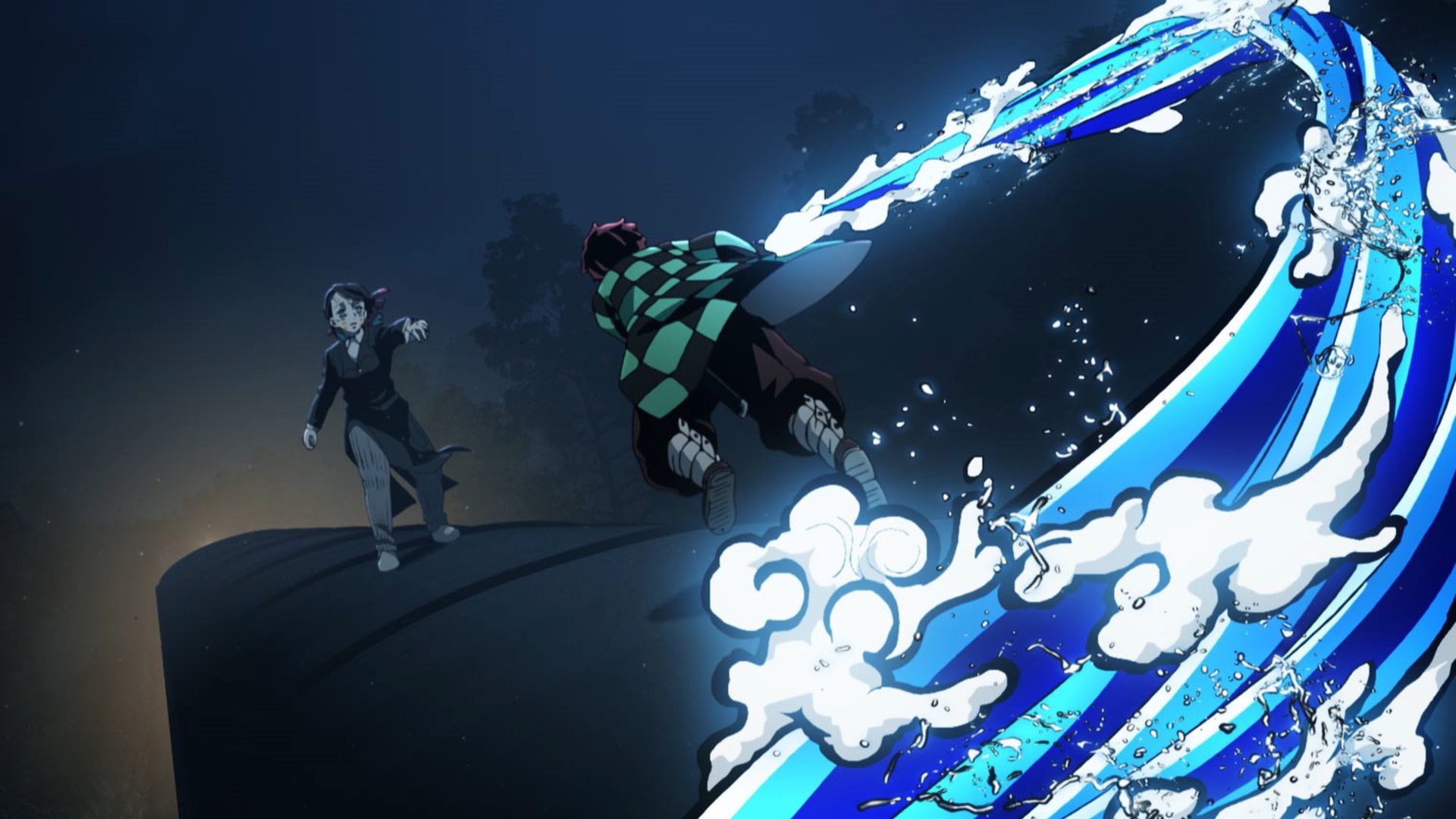 Working clearly in Demon Slayer‘s advantage is that it’s a pure theatrical windowed release, and won’t arrive in homes as an electronic sell-through title until June 22. Typically with Funimation’s theater counts during opening weekend, they vary daily as the distributor eventizes their features in certain markets, while having the pic play as a regular multi-showtime title in others.

Dragon Ball Super: Broly drew a crowd in Comscore/Screen Engine PostTrak exits that skewed 77% male, 58% under 25 with a massive 63% falling between two quads 18-34 years old. Diversity demos were broad at 36% Caucasian, 29% Hispanic, 21% African American, & 14% Asian/Other. Even though Demon Slayer is R-rated, the expectation is that it will still have a family-pull given the popularity of the TV series.

Demon Slayer: Kimetsu no Yaiba follows a young man in search of a cure for his sister, who has been turned into a demon after their family is viciously slaughtered by demons. The series is set during the early 1900s, which is inhabited by demons and those that vow to slay them. The movie takes place after the events of the series, and has its protags Tanjiro, Nezuko, Zenitsu, and Inosuke embark on a new mission. Together with one of the most powerful swordsmen of the Demon Slayer Corps, Flame Hashira Kyojuro Rengoku, they investigate the mysterious disappearance of over 40 people aboard the Mugen Train. The manga boasts over 150M copies in circulation.

“We believe in theatrical because we believe in the coming together of these types of experiences,” Decker tells Deadline, “And no one likes to come together more than a bunch of anime fans.”