Des stars David Tennant as the notorious killer Dennis Nilsen in this new ITV drama series. The show reveals how Nilsen was caught and tells the story of his trial and conviction. Fans are wondering whether Nilsen is still alive and Express.co.uk has everything you need to know.

The highly-anticipated dramatisation of these real events shows how Nilsen, a former civil servant from Scotland, targeted homeless males and took them back to his home.

At two separate addresses, in Cranley Gardens and Melrose Avenue, Nilsen would strangle his victims and drown them, before dismembering their bodies and storing them.

Nilsen was arrested by police in 1983 when human remains were found in a drain outside his Cranley Gardens flat.

Nilsen immediately confessed to the murders and helped police identify some of the victims until he started believing the police were manipulating him.

He ended up denying all charges, but was found guilty by majority verdict by a jury and was sentenced to life in prison. 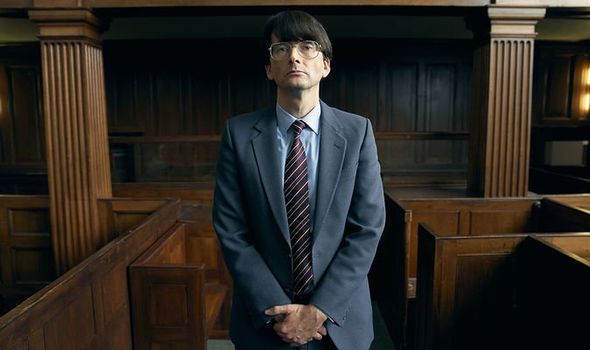 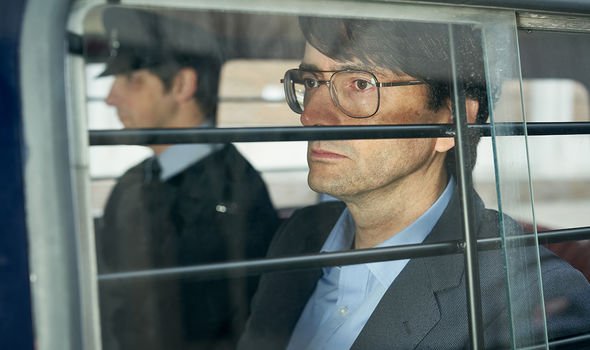 Nilsen was in his 30s when he was arrested, and he served a total of 34 years in prison before he died from a blocked artery in his lungs.

He died in York Hospital in May 2018, aged 72, having previously complained of stomach pains while serving his sentence at Full Sutton prison.

Nilsen had a ruptured aorta in his stomach, but he ended up with a blood clot following surgery. He died two days after being admitted to hospital and his immediate cause of death was a pulmonary embolism and retroperitoneal haemorrhage.

A pulmonary embolism is a blockage of an artery in the lungs, and retroperitoneal bleeding is an accumulation of blood. 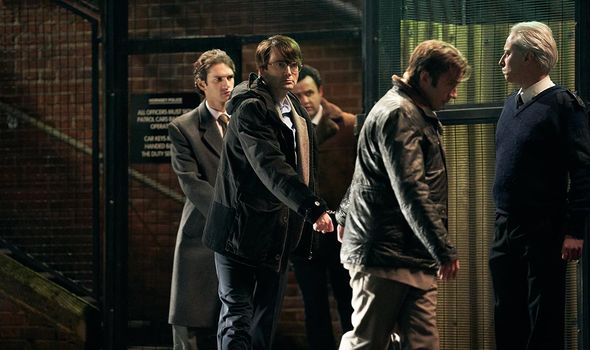 He was otherwise known as The Muswell Hill Murderer due to the location of the crimes at Cranley Gardens.

Tennant told Express.co.uk how he was glad the real Nilsen was not still around to hear of the TV series being made about his victims.

He said the cast and crew did not was to glorify his actions in any way, as he was obsessed with being a legend and being at the forefront of news while he was in prison.

Nilsen even described himself as being more famous than David Beckham when he was first arrested, which showed his narcissism and hunger for recognition.

However, he did co-operate with police at the start of the investigation, saying he wanted justice for the families of his victims. 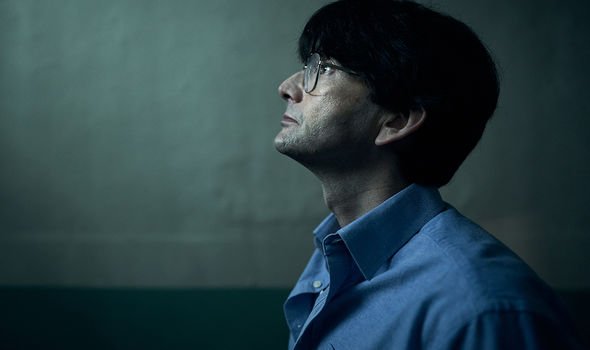 His death was recorded as being as a result of “natural causes” in the official coroner’s report.

A report from the Prisons and Probation Ombudsman said he had been left “deteriorating for two and a half hours” after denying further medical help.

Because he died while in police custody there was an independent investigation by the prisons and probation ombudsman, which is a routine procedure.

He had initially been given a sentence of a minimum of 25 years in prison for six counts of murder and one of attempted murder.

But the sentence was raised to a whole-life tariff at a later stage and he was moved to Full Sutton.

In his inquest, it was revealed how he kept himself to himself but was considered a good inmate.

He was known to have regularly turned down treatment and advice from healthcare services while he was in prison.

His name is still well-known and both of his addresses where the murders took place are still standing today.

Nobody ever found out why Nilsen murdered the men he befriended, but some believe it stemmed from the death of his beloved grandfather.

Others have suggested Nilsen himself had no clue as to why he chose to kill, and this question is likely to remain unanswered as he was not married, and he did not have any children.

Des airs on ITV from Monday, September 14 at 9pm