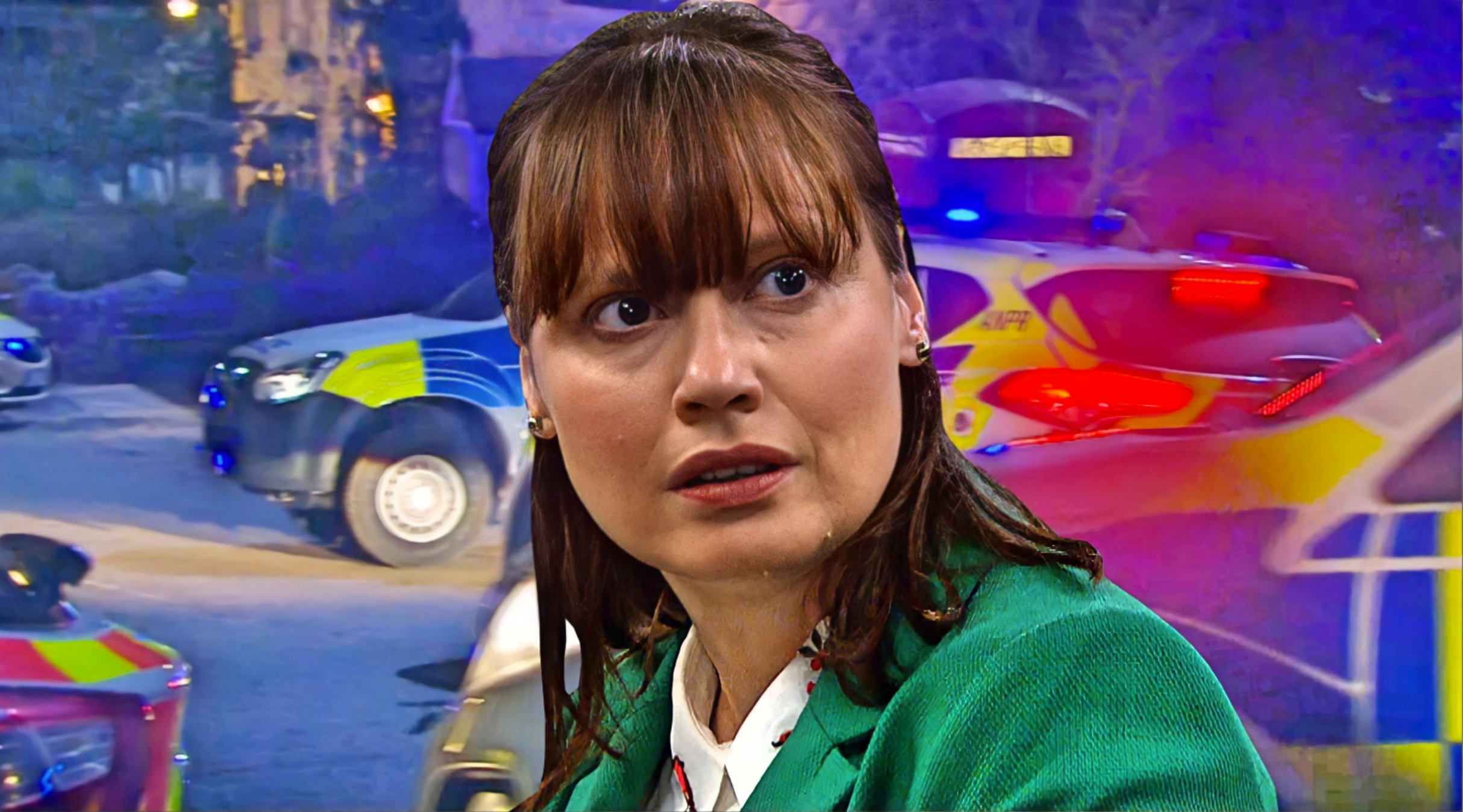 The stalwart of the ITV soap has faced quite a number of challenges over the years, and lately, her troubles have centred on money.

Viewers will know that the matriarch recently found herself a victim of manipulative Paul Ashdale (Reece Dinsdale), who took out a credit card in her name.

This betrayal, understandably, had a profound effect on Lydia. ‘She’s not coping very well with people gossiping about her,’ actress Karen Blick said. ‘The village [is] thinking the worst.

‘For Lydia, her reputation is important. Although at times she’s not bothered what people think, she deeply is. She’s a good person, and she doesn’t want to be seen to have done something that she hasn’t.’

Lydia, however, thought her troubles were at an end, when Charity (Emma Atkins) uncharacteristically came to the rescue, providing her with the funds necessary to pay off the debt. Now, she is on cloud nine, and even dares to dream about landing a position as a counsellor at a local school.

When it comes to helping those in need, Lydia certainly has what it takes – something she demonstrated in her efforts to assist Vinny (Bradley Johnson) in coming to terms with the death of his abusive dad.

‘What I love about Lydia – and I think what people see – is that there is an innocence to her,’ Karen told us. ‘She’s kind of from a bygone age almost! I think people instantly trust her.

‘She’s not a gossip – she does enjoy sitting down with Mandy or any of the Dingles and having a chat about what’s going on in the village, but if somebody confides in her, then she takes that very seriously. She wouldn’t divulge people’s personal business, and she does care about people.’

Lydia does indeed care about others, but when it comes to herself, she doesn’t realise just how good she is at what she does – so you can imagine her surprise when she aces her interview!

‘[The interview] goes really well!,’ Karen enthused. ‘She wasn’t expecting it to, because Lydia – like many people, and women in particular – has huge imposter syndrome when it comes to her counselling role.

‘She is qualified, and she did it for many years. She’s got a lot of experience, but I think a job in a school is a massive step up for her, and she’s aware of the importance of working with young people and the influence she could have.

‘She’s been through a lot herself, and she does care a lot about others.’

In the wake of her interview, Lydia couldn’t be more excited about what the future holds, but yet again, her happiness is short-lived, as she finds herself on the wrong side of the law, when she’s arrested for a crime she did not commit.

‘The police turn up at the Dingles while Lydia is having the interview at the cafe via Zoom, and Sam takes the police officer to the cafe,’ the soap star continued. ‘She’s arrested at that point because the police have traced this pension scam that has been happening. They’ve traced it back to Lydia’s laptop, and to her name – her online identity.

‘She’s’ completely bemused by this. Obviously, Lydia hasn’t done this and this is the first she’s heard of it!

‘She’s very vulnerable, because very quickly it takes her back to that place of people writing awful things on the internet about her baby, and about her past and what she’d done, so it kind of triggers those feelings from when she was a young person.

‘Suspicions are mounting about her guilt, and she’s completely innocent in this. That frustration, you know, when you haven’t sone something, but fingers are pointing. And that idea of “there is no smoke without fire – there must be something in this”.

‘The police have said that she could go to prison for this.’

Poor Lydia certainly hasn’t had much luck as of late, but if you were expecting that to change any time soon, then you’d be mistaken we’re afraid, as Karen warned of more heartache ahead for Emmerdale’s kindest character.

‘She doesn’t have much luck, bless her!,’ the actress said. ‘She starts to think this is it, her luck is finally changing. But there are repercussions for Lydia off the back of this, and she has some unpleasant encounters.’