But where is Dr. Facilier? 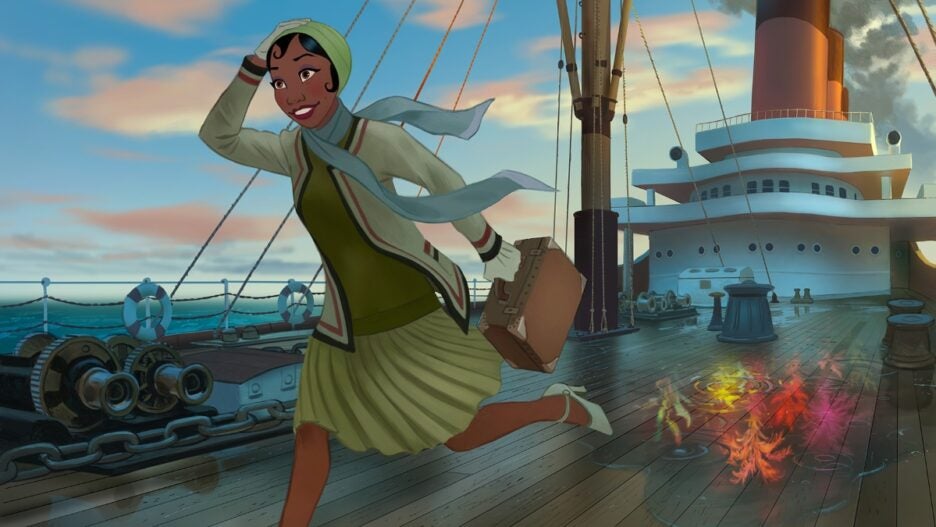 “Tiana,” described by Disney as a “new long-form musical series,” will be coming to Disney+ in 2023. And on Friday, as part of Disney+ Day, some new details have been revealed about the show, which serves as a follow-up to the studio’s beloved 2009 animated feature “The Princess and the Frog,” along with the first piece of concept art (see above).

The new series, which will be animated by Walt Disney Animation Studios, has tapped Stella Meghie, the Canadian filmmaker behind “Everything, Everything” and last year’s “The Photograph,” to write and direct the new series. “Tiana” sees the titular restaurant owner and newly crowned Princess of Maldonia setting off “for a grand adventure,” but, as these things go, “a calling to her New Orleans past isn’t far behind.”

Meghie, who is in pre-production on the Whitney Houston biopic “I Wanna Dance With Somebody” (with “Star Wars: The Rise of Skywalker” standout Naomi Ackie as Houston), is new to the world of animation. But it’s not totally outside the norm. Walt Disney Animation Studios has been keen in recent years to recruit non-animation-based filmmakers. “Blindspotting” director Carlos López Estrada recently helmed “Raya and the Last Dragon” (and is in development on another original feature), and Charise Castro Smith, a playwright and television writer, co-wrote and co-directed this month’s excellent “Encanto.”

“The Princess and the Frog” was directed by Ron Clements and John Musker, the fabled directorial team behind “Aladdin,” “The Little Mermaid” and “Moana” (they have since left the studio). It’s unclear if they will advise on the new project.

What still remains to be seen is whether or not the series will be in a more traditional, hand-drawn style, or if it will adopt a fuller, 3D-animated look. The original was one of the last hand-drawn animated movies released by Disney, and there are a number of Disney animated features that have seen a shift in style when they hit the small screen (most notably “Tangled,” with its just-as-beautiful animated series spin-off adopting a flatter look). We are hoping — with the announcement of a new Walt Disney Animation Studios satellite studio in Canada — that this could have that more traditional look. Not that Tiana in 3D would be terrible; we love her cameo with the other princesses in “Ralph Breaks the Internet.” But it would be great to see Tiana (voiced as always by Anika Noni Rose) back in that hand-drawn style (and to have Disney Animation producing in that format again).

Since debuting in 2009 as Disney’s first Black Princess, in the Jazz Age New Orleans-set version of “The Princess and the Frog,” Tiana has become a beloved part of the Magic Kingdom – she’s got a restaurant on the Disney Cruise Line ships, appears in the various parks and will soon have her very own attraction with an elaborate redo of Splash Mountain at Disneyland and Walt Disney World. Something tells us that after “Tiana” hits the company’s direct-to-consumer platform, we’ll be seeing even more of this lovable princess.