A mind-bending thought is that our real world is technically part of the Marvel Multiverse. Finding that characters like Doctor Strange and Gwenpool have knowledge beyond the page can feel unsettling for both the reader and the character. However, when you’re Stephen Strange, discovering that you’re Benedict Cumberbatch in another world isn’t significant; it’s Tuesday.

As the Sorcerer Supreme readies to dive into Doctor Strange in the Multiverse of Madness, who knows what he might discover next. 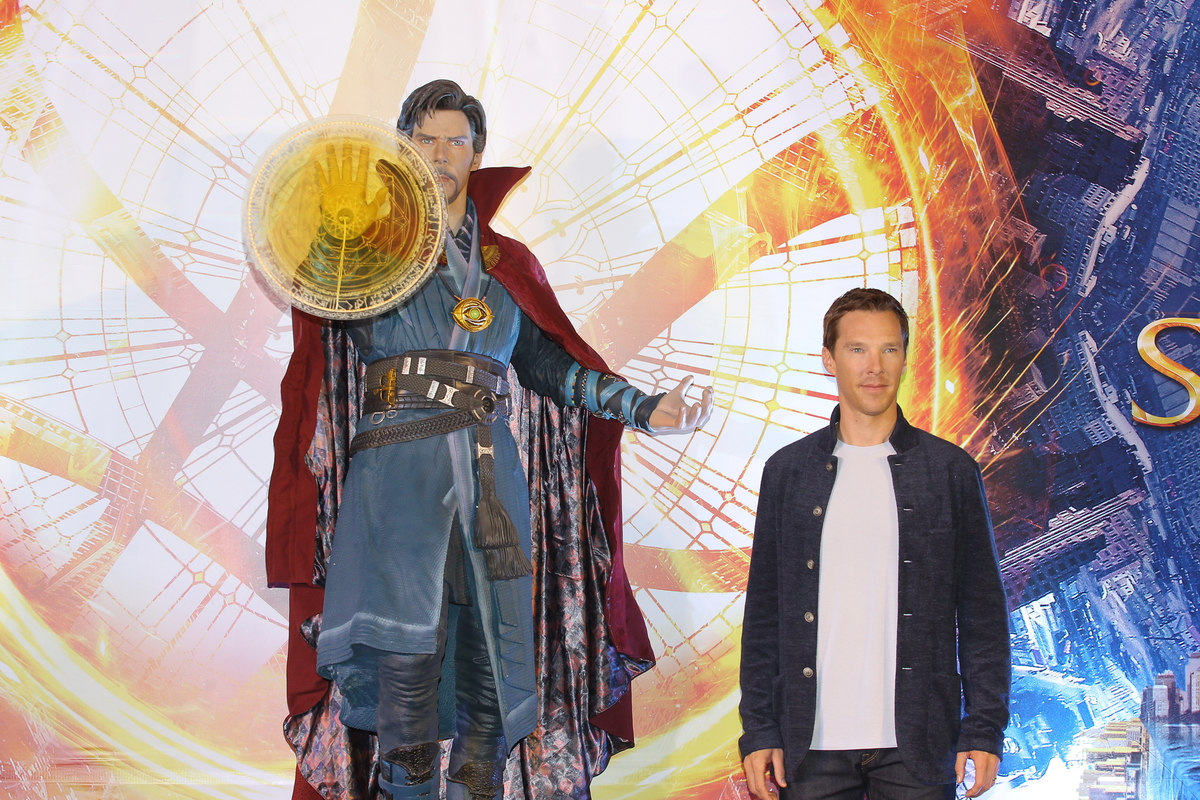 Most people know all about Deadpool, brought to the screen by Ryan Reynolds, and Gwen Stacy, played by Emma Stone in Amazing Spider-Man 2.

While Deadpool breaks the fourth wall to look into our reality, Gwenpool claims that she’s from our reality.

Somehow, she ended up in the world she read about in comics. Readjusting proved difficult to say the least. Left with no sense of identity or role to fill, she did what any sensible person would do: she donned a mask and set out to become a main character.

CBR.com reports during Christopher Hastings and Gurihiru’s run with the character, in The Unbelievable Gwenpool #3, she took matters into her own hands.

Calling on Doctor Stephen Strange for help, the two ventured into the multiverse. Swirling clouds and stars dotted the space between worlds and they came across a window of sorts and peered through.

How Stephen Strange reacted to Benedict Cumberbatch being cast

Stephen Strange commented that the people and events of their world “leave footprints” in Gwenpool’s reality — that is to say, our reality.

“Benedict Cumberbatch, eh? Sure, I could see that,” Strange says.

Doctor Strange has exchanged blows with the roughest, most abstract entities in all of Marvel. Battling the likes of Dormammu, Mephisto, and the eldritch abomination Shuma-Gorath, this type of revelation served as a break for the sorcerer supreme.

Does that imply Benedict Cumberbatch exists in the Marvel comics?

If Stephen Strange could “see that,” does that mean Benedict Cumberbatch is also an actor in the Marvel comics? Fictional versions of real-life people often follow the course of their actual lives.

But Sherlock Holmes canonically exists as a real detective in Marvel. If Benedict Cumberbatch starred in Sherlock, it must have been an autobiography.

And what about Robert Downey Jr.’s Sherlock Holmes??

Don’t think about it too hard.

For characters like Wade Wilson and Gwenpool, breaking the fourth wall is expected. However, when a character with more serious stories suddenly acknowledges the world beyond, it serves as a special treat to chuckle at.

Gwenpool frequently plays with the reader’s knowledge and the structures of fiction in playful ways. She even confronts other characters with their own fictionality. Of course, most of them blow her off.

The fun moment between Gwenpool and Doctor Strange adds another gag to the meta pile.

Though if Stephen Strange knows who his actor, it is fun to imagine him informing the other Avengers who their actors are.