Actors’ final episode, “Revolution of the Daleks,” will air on New Year’s Day 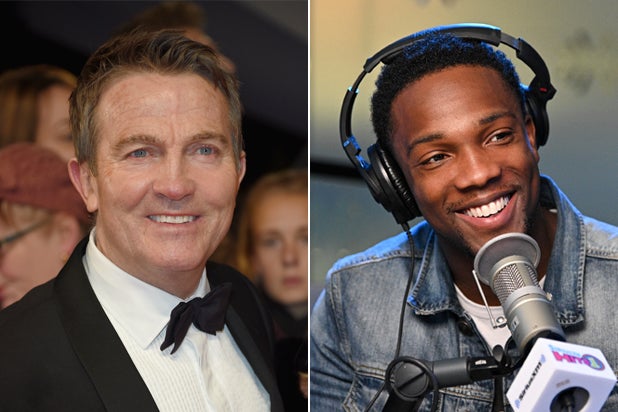 “Doctor Who” stars Bradley Walsh and Tosin Cole will be leaving the Jodie Whittaker-led series after its upcoming New Year’s Day special, “Revolution of the Daleks,” BBC America revealed in an interview with the cast and showrunner Chris Chibnall Monday.

“Well as the Doctor I will say that the fam as a four is no more,” Whittaker said, when asked about the “rumors flying around” about this being the “end of the fam,” referring to The Doctor (played by Whittaker), Graham O’Brien (Walsh), Ryan Sinclair (Cole) and Yasmin Khan (Mandip Gill).

“I’m not really an emotional person, but even I was like ‘this is really sad I’ll never see you again, you’re so busy Brad always filming,’” Gill added. “But it’s been too soon to miss them, we have this WhatsApp group that’s pinging all the time, and obviously because of the lockdown we wouldn’t have seen each other anyway in that time, so it’s too soon to realise the impact of not having them, because we’re constantly sending memes or a message.”

“It’s a really important part of the mix of the special, where you get lots of thrills, lots of spills, lots of humour, lots of Daleks, and lots of emotion. It’s hard, but we don’t shy away from what it means for this family to have its final moments together. And it was emotional off screen, it’s emotional on screen, and it’s an incredible thing. Because it’s like you said Jodie, you all clicked, and you just never know if that’s going to happen. You could never have known that you would all get on and have such a great time, and I think we all feel very lucky that that happened. And that’s reflected on and off screen, but I hope it feels like a good send off for those two characters whatever happens to them.”

As far as whether or not the two could return to “Doctor Who” one day, Chibnall says “You’ll have to wait and see, won’t you.”