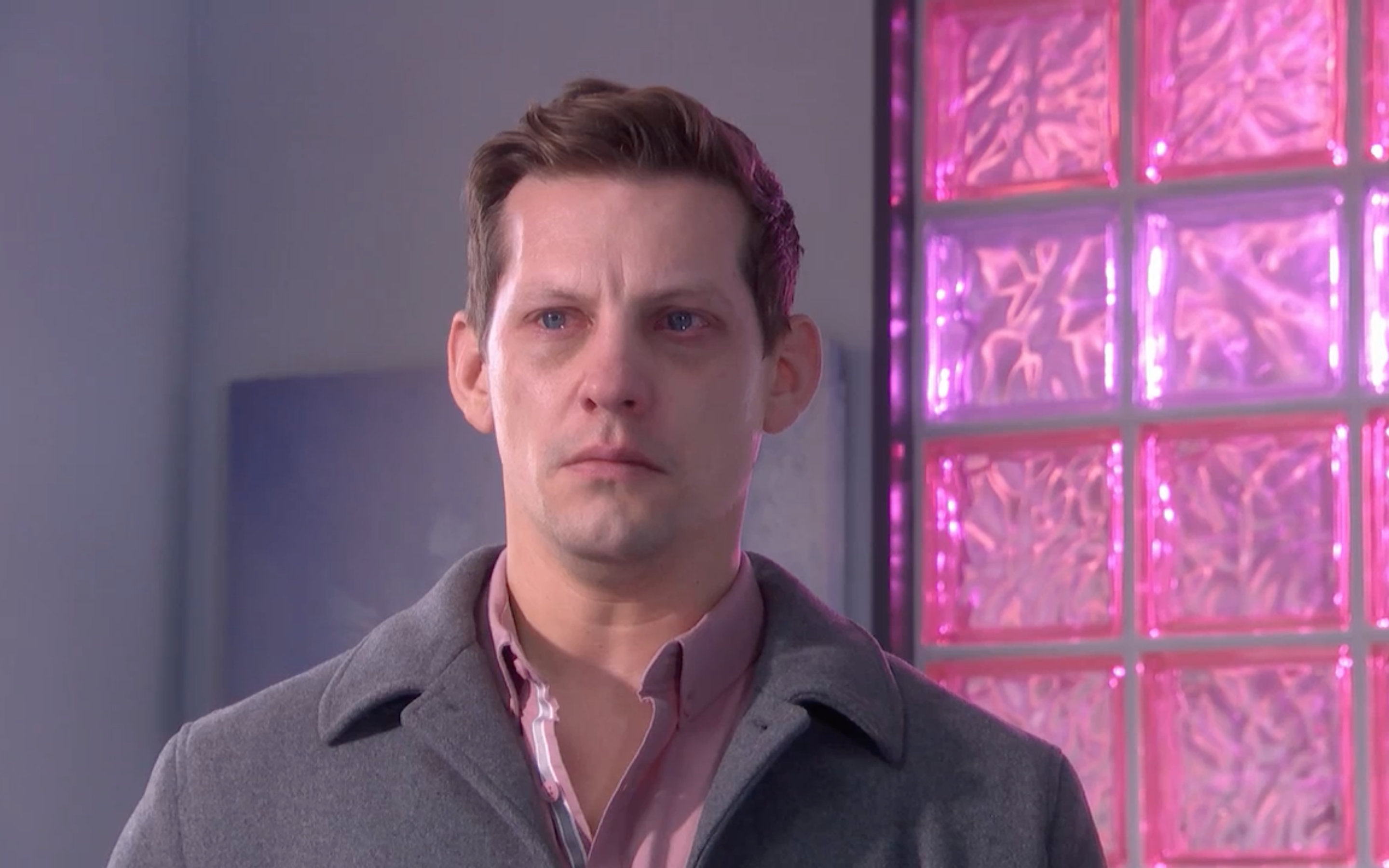 John Paul McQueen (James Sutton) struggles to cope with recent events in Hollyoaks, and thus he seeks solace in the booze once again. This time, however, it’s on the day of Freya’s (Ellie Henry) fundraiser!

The deputy head teacher was driving the minibus last month during a school trip, when he lost control of the vehicle.

Fellow teacher Olivia Bradshaw (Emily Burnett) was injured in the crash, as was Freya, who was left with life-changing injuries.

John Paul can’t help but feel guilty about what transpired, and upcoming scenes will see him turn to alcohol once more, as he starts drinking on school property.

Prince (Malique Thompson-Dwyer) catches him, and gives him a piece of his mind, but John Paul opens up about his guilt, and thus decides to throw a fundraiser ahead of Freya’s return.

Little does he know, however, that his world could be turned upside down by Sam Chen-Williams (Matthew McGivern), who finds Charlie Dean’s (Charlie Behan) phone among the items recovered from the crash!

John Paul and Prince are horrified to find out that said mobile device contains footage from the cash, and the pair are forced to act quickly.

But will they get their hands on the footage in time before the truth is revealed?

You’ll just have to wait and find out!

John Paul, however, starts to crumble soon afterwards, and with the blackmailer piling on more and more pressure, he ends up turning to alcohol once more.

Freya, meanwhile, makes a speech at her fundraiser, but a drunken John Paul crashes the stage and takes the microphone.

The question is: what is he planning on announcing?